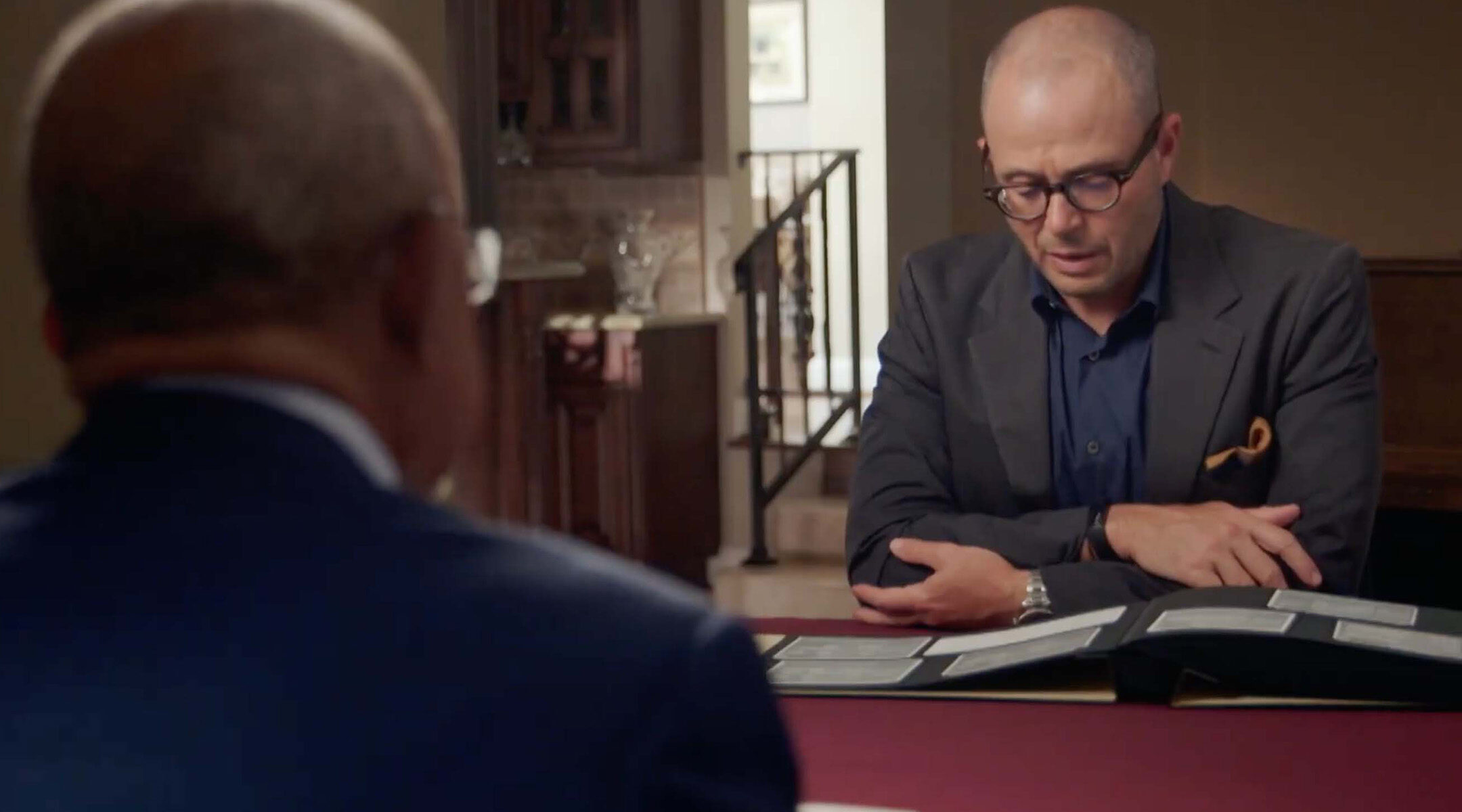 (JTA) — Acclaimed screenwriter Damon Lindelof learns that several members of his family tree died in the Białystok ghetto during the Holocaust on Tuesday night’s episode of the celebrity genealogy show “Finding Your Roots.”

With help from the archives at Yad Vashem, Israel’s Holocaust memorial and museum, the “Finding Your Roots” team found six pages of testimony detailing the fate of a branch of Lindelof’s family.

Lindelof, who created HBO’s 2019 “Watchmen” series and co-created “Lost,” reads from the show’s compiled pages about his family tree, repeating “circumstances of death: ghetto Białystok” after several relatives: his great-granduncle — the brother of his great-grandmother — and his wife and their four children.

Watch an exclusive clip from the episode debuting on the Jewish Telegraphic Agency:

Lindelof, who had a bar mitzvah and attended synagogue in his native Teaneck, New Jersey, acknowledges that he has visited Yad Vashem, which houses an archive of nearly five million Holocaust victims. But he didn’t know the names of his specific family members who died during the Holocaust.

“I assumed there must be some line of family, but I didn’t know their name,” he tells host Henry Louis Gates, Jr., getting emotional as he explains his reasoning. “I wouldn’t even know where to look before today.”

Lindelof described the discovery as “somewhat of an affirmation of survival in some strange way.”

Białystok was a northern Polish city where Nazis set up a Jewish ghetto in 1941, killing thousands of local Jews and deporting thousands of others to concentration camps.

Time magazine listed Lindelof, 48, as one of the 100 most influential people in the world in 2010. Past Jewish guests on “Finding Your Roots” include Pamela Adlon, Dustin Hoffman, Scarlett Johansson and Paul Rudd.