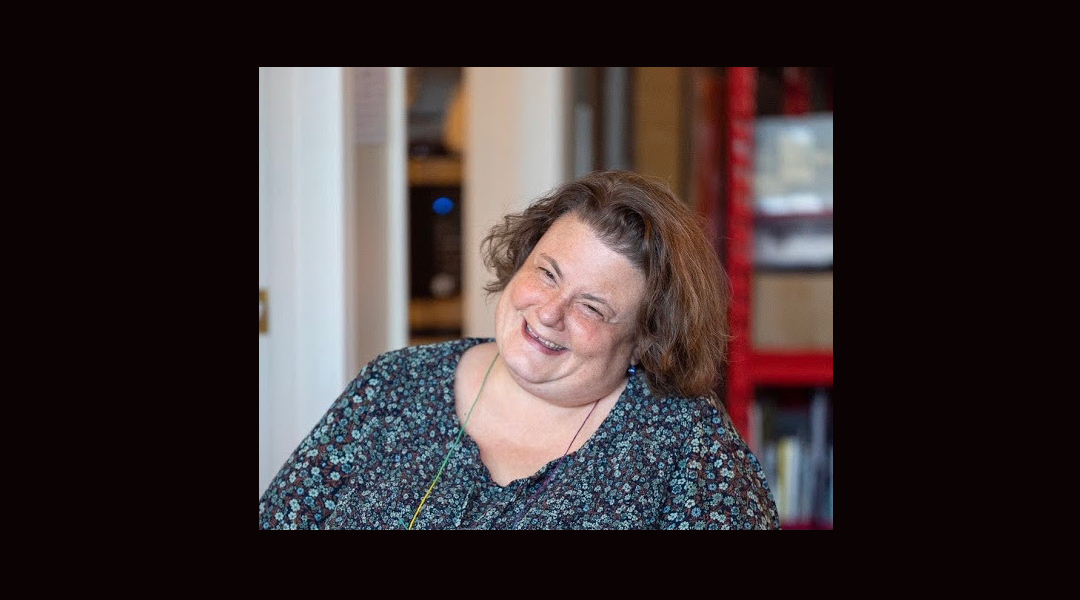 (J. The Jewish News of Northern California via JTA) — Whenever Jewish LearningWorks sent out surveys to Jewish educators asking for their feedback on a program they had attended, there was always a common theme if Rachel Brodie had taught it.

“No one could ever get enough of Rachel,” said CEO Dana Sheanin.

Brodie, 55, died on April 11 after falling at her home in Berkeley.

She taught for the last time on April 5 with Rabbi Menachem Creditor, former leader of Berkeley’s Congregation Netivot Shalom and now the rabbi in residence at UJA-Federation of New York, in an online discussion about the week’s Torah portion.

Though unassuming and humble in demeanor, Brodie’s influence on the Bay Area’s Jewish community and beyond was vast. She was called a master Jewish educator, a teacher’s teacher, a mentor, a thought leader and more by her many adoring friends and colleagues.

“To be in Rachel’s presence was to be illuminated by her wit, her laughter, and her fierce and tender heart,” wrote the founders of the Jewish Studio Project in Berkeley, where most recently she held the position of senior educator. “To learn with her was to be stimulated, delighted, and transformed.”

Brodie was the co-founder with Julie Batz of Jewish Milestones, an educational resource for Jewish lifecycle ceremonies that launched in 2004 as The Ritualist. She also served as “chief Jewish officer” at the Jewish community Center of San Francisco, a position created just for her, from 2011 to 2016.

“Rachel was the smartest, most nimble thinker I’ve ever known,” Batz said. “She was generous with her time, her knowledge, her care and creativity. She believed in meeting people where they are and empowering Jews who sought to claim their heritage.”

Rachel Brodie was born in New York on March 21, 1967. She inherited her love of Torah from her father, Rabbi Joseph Brodie, vice president emeritus at the Jewish Theological Seminary and instructor of professional skills and Bible. Her mother was the late Deborah Brodie.

After obtaining a B.A. in literature and society from Brown University, she earned a master’s degree in rabbinic literature from the Jewish Theological Seminary.

From 1992 to 1994, she lived in Sofia, Bulgaria, as a community educator with the American Jewish Joint Distribution Committee. That’s where she met Adam Weisberg, whom she married in 1994. They had two children together, and although they divorced in 2019, they remained close friends and referred to each other as “husband emeritus” and “wife emerita.”

From 1994 to 1996, she was a founding director of the Isabella Freedman Jewish Retreat Center in Falls Village, Connecticut, where she co-founded the Teva Learning Center.

Brodie and Weisberg settled in the Bay Area in 1997 after she spent a year in Israel on a Melton Senior Educators Fellowship at the Hebrew University in Jerusalem.

Shortly after arriving in the Bay Area, she began working with Jewish LearningWorks (then the Bureau of Jewish Education). While her official tenure lasted until 2007, she continued her association with the organization until the end.

“She was part of the very DNA of this place,” Sheanin said.

Together with Berkeley Jewish educator Vicky Kelman, Brodie co-authored “Jewish Family Education: A Casebook for the Twenty-First Century,” and she frequently contributed to Jewish journals such as Sh’ma.

“She always faced the text with curiosity for what it would yield and for what each of the learners could bring,” said Rabbi Dorothy Richman of Berkeley. “She was a teacher’s teacher, and many of the celebrated teachers of the Bay Area considered her their example of excellence in teaching.”

Sheanin described Brodie as “so devoted and irreverent at the same time, so learned and humble, and she made text study so accessible for everyone. She also was hilarious. You couldn’t be in a room with her without laughing uproariously, which made learning with her so much more fun.”

Jewish Milestones, which was recognized several times by the Slingshot Guide for its innovation, sought to meet the needs of what the organized Jewish community commonly refers to as “the unaffiliated.”

In a 2006 interview with J. The Jewish News of Northern California, Brodie, who served as the organization’s executive director, said she would ban that word if she could. “These people are connected, just not affiliated with a congregation,” she said.

At Jewish Milestones, Brodie made sure there were Torahs to be loaned out to people conducting their own lifecycle rituals. She brought the Torahs to the JCCSF when she was hired there, and they stayed after she left her position.

“We have two Torahs that go out 40 weekends a year, no questions asked,” said David Green, chief program officer of the JCCSF. “We’re super proud of the fact that people have access to Torah and creating their own ritual, and that’s all because of Rachel’s vision and hard work.”

Another of her legacies from Jewish Milestones is that she helped birth a “Chemo Siddur” to help cancer patients in a Jewish context when undergoing chemotherapy. The siddur was conceived by Brodie and Sarah Fenner, another Jewish community educator, who had cancer and died in 2014.

When funding dried up to keep Jewish Milestones going after seven years, Brodie was proud to step into the inaugural role of chief Jewish officer at the JCCSF.

“She called it ‘wide-angle Judaism,’ looking at how expressions of Jewish life could be as broad as possible and meeting people where they were, by adding joy, relevance and meaning to their lives,” Green said.

When Rabbi Adina Allen and Jeffrey Kasowitz were starting the Jewish Studio Project, Allen reached out to Brodie based on her reputation. Their conversation could have gone for hours, she said, and a few months later, she asked Brodie to be her mentor.

Eventually, Brodie came on board as senior educator. She led a number of the organization’s public programs, facilitating its “creative commentary” on Wednesday mornings and a memorial program called “I remember you” on Mother’s Day and Father’s Day.

“This was a beautiful offering for people who had lost a parent to come and honor and feel the emotions of those days,” Kasowitz said.

“She was really a thought partner in my leadership,” Allen said. “One of the lights and joys of my work were those conversations with her, as she just loved ideas. She used to tell me that she didn’t want to lead Jewish Studio Project, but wanted to help midwife it, as she wanted to support us and help us bring this work into the world. I so deeply felt that from her.”

As news of her death spread, tributes came from many touched by her teachings. Sarah Lefton, creator of the BimBam Jewish video site, wrote, “Rachel has been a teacher of mine since I arrived in the Bay Area, and I can’t imagine Jewish life here without her.”

In addition to Adam Weisberg, Brodie is survived by her two children, Ariella, 20, and Sophia, 22; her father, Rabbi Joseph Brodie, and his wife, Erica Brodie of New Jersey; and her brother, Daniel Brodie, and wife Stephanie Rosenbloom of New York.

Donations in her memory can be made to SVARA, Beit Toratah, Mazon or HIAS.

A version of this story was originally published in J. The Jewish News of Northern California, and is reprinted with permission.