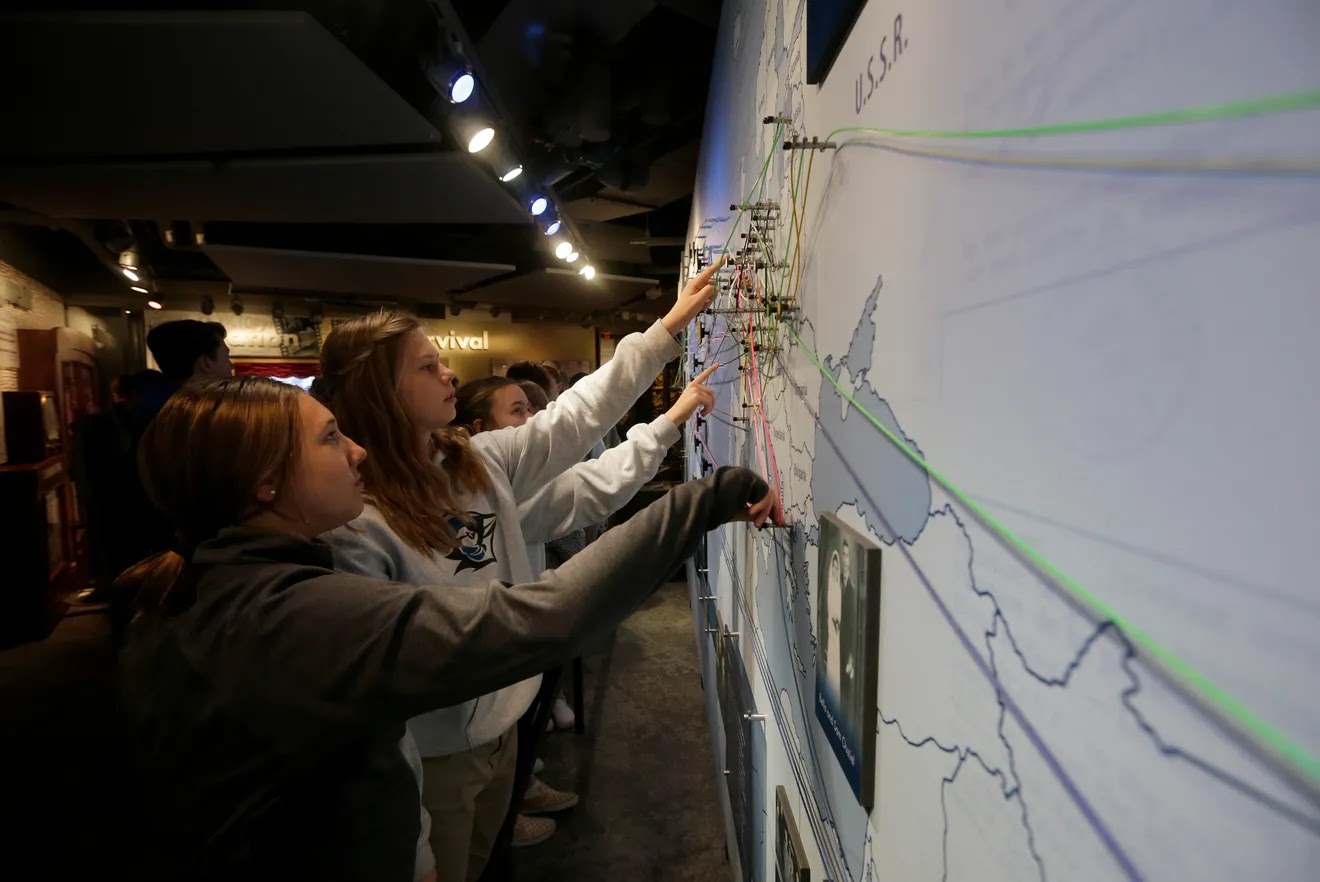 (JTA) — What can a Holocaust museum accomplish with $18 million? Cincinnati’s is about to find out.

The anonymous gift, the largest ever for the Nancy & David Wolf Holocaust & Humanity Center, comes as the museum’s administrators warn about the waning numbers of living Holocaust survivors as well as “divisive concepts” legislation that could put a chill on how the Holocaust is taught in schools.

The museum’s CEO, Sarah Weiss, said the gift will enable the museum to add digital exhibits that are increasingly seen as a frontier for Holocaust education.

Weiss pointed to the Dimensions in Testimony exhibit, which uses artificial intelligence to simulate conversations with Holocaust survivors, as an example of the kind of experience she aims to offer museum visitors in the future.

She said that with few living Holocaust survivors, the youngest of whom are now nearing 80, digital conversations would necessarily have to replace real-life ones. “We are really the last generation who will be living with the survivors and World War II veterans,” Weiss said. 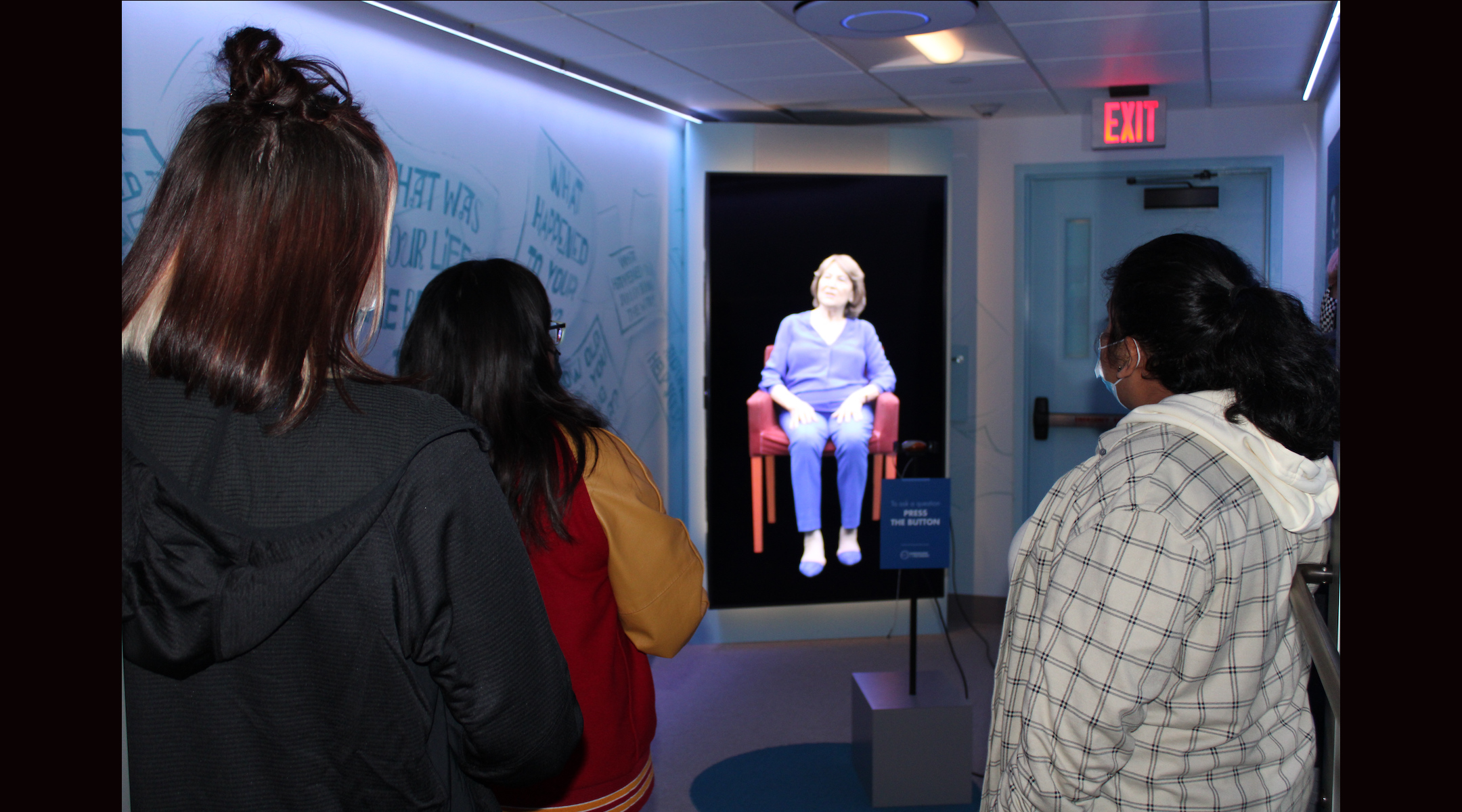 The anonymous donation, which Weiss said had been in the works for some time and comes from donors with a preexisting relationship with the museum, comes at a fraught moment in Ohio and nationally.

The state is one of many where Republican lawmakers are pushing legislation to ban or curtail the teaching of “divisive concepts.” Legislation pending in Ohio would bar schools from teaching, advocating or promoting diversity, equity or inclusion in ways deemed divisive or “inherently racist,” and limit instruction around sexual orientation or gender identity.

“The unintended consequences are that it’s actually going to make teachers fearful to teach the Holocaust,” Weiss said.

Already, a state representative in Ohio drew criticism for using the Holocaust as an example of how teachers can comply with “divisive concepts” legislation — by elevating the perspectives of Nazis. “Maybe you’re listening to it from the perspective of a Jewish person that has gone through the tragedies that took place,” the representative said last month. “And maybe you’ll listen to it from the perspective of a German soldier.” (Similar comments have been aired, and drawn swift pushback, in Texas and Indiana.)

“History doesn’t just stay in the past,” Weiss said. “It shapes our present and our future as well.”

Weiss’ center, which is a field trip destination for all Cincinnati ninth graders, also plans to use the $18 million gift to deepen youth programming. The museum has operated on a $1.5 million annual budget, Weiss said; the gift will allow it to expand its spending and create an endowment.

The museum has had a few different homes since it was established in 2000. Its original location was at Hebrew Union College’s Cincinnati campus. In 2009 it moved to a Jewish day school in nearby Kenwood.

In 2019, the museum moved again to Union Terminal, a former train station where an estimated 1,000 Holocaust survivors disembarked after coming to America. The museum moved in after the station underwent a massive restoration effort. Last year, it was the beneficiary of a virtual bake sale to oppose antisemitism.

Cincinnati is not the only American city to see resources recently poured into its Holocaust memorial efforts. Just this week, donors announced the purchase of a prominent building to be used as Boston’s first Holocaust museum. It will be located on the city’s historic “Freedom Trail,” a tourist destination filled with museums and cultural institutions.