Does getting arrested at a climate protest help reduce emissions? A Jewish expert weighs in. 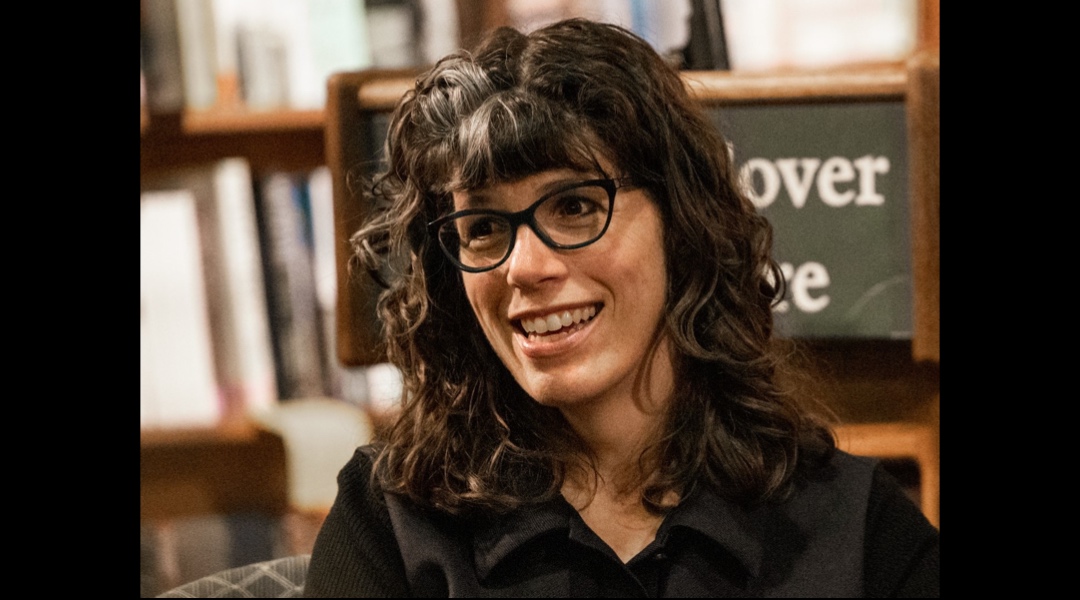 (JTA) – Our chances of averting climate catastrophe are narrowing to the point of no return, top scientists said last week in a series of landmark reports put out by the United Nations’ Intergovernmental Panel on Climate Change.

The emission of greenhouse gasses must start winding down and the switch to a low carbon economy must happen by 2025 or else civilization is at risk, according to the scientists who represent dozens of countries and disciplines.

One of many experts issuing the warning is Dana Fisher, a professor of sociology and the director of the Program for Society and the Environment at the University of Maryland. Inspired to act by her Jewish heritage, Fisher also serves on the advisory board of the Jewish climate advocacy group Dayenu.

In her contribution to the IPCC’s Sixth Assessment, Fisher examined how — and whether — ordinary people can make an impact on the problem through activism. Her insights might not make some activists in the climate movement happy.

The Jewish Telegraphic Agency asked Fisher to help explain her research and how Jews fit into the climate activism story.

JTA: First of all, what is the IPCC?

Fisher: The IPCC is this process of calling on climate research to inform international policymaking.

The expectation behind it — and this is probably going to seem naive right now — was that if there was sufficient science, it would lead to good policymaking.

And yet the IPCC soldiers on, presenting the latest from the scientific literature. Originally, the IPCC was focused on climate science, but here you are, a sociologist, participating in the sixth IPCC report since 1990. Can you explain?

Climate change is a process that is changing the physical world, but it’s having a huge impact on society, affecting migration, refugees, and so forth. And then the part that I contributed to is called Working Group III, which is focused on mitigating the problem of climate change.

I was brought in as what’s called a contributing author, which is the lowest level of author and we’re frequently brought in when a chapter’s authors recognize that something’s missing and needs to be added. I wrote about the role activism and civic engagement play in addressing climate change in terms of reducing carbon footprints as well as pressuring governments and businesses to do something about the climate.

And what do we know about the effect of activism on the effort to reduce carbon emissions?

We know relatively little about how to measure both the activism, as well as the impact of the activism. There are a small number of studies that have tried to do that. Most of them find that there is an effect, but there’s just so much more we need to know.

I almost don’t want to know whether “people power” can make a difference. Doesn’t it scare you to find out?

Yes, it is scary, although there’s some very, very hopeful evidence. One of the things I have been doing is with the folks trying to build the Civilian Climate Corps. When people do service work to try to help the environment, how do we measure what that means? I’m pretty hopeful that that kind of effort matters.

On the other hand, having a protest where a bunch of people take diesel buses and end up assembling somewhere and then take their diesel buses back, and then the Congress maybe listens, maybe doesn’t, but you get on CNN — the climate effects of that are pretty bad.

That kind of message might not be so well received by some in the climate movement.

I’m a bit of a data geek there, and I do believe that the data can set us free so I’m OK with it. Some activist groups might be less excited about the kind of work that I want to do because it will tell a better picture, but it may also redirect tactics in ways that may not get too much media attention.

There’s a big Extinction Rebellion mobilization happening this week. They are hoping to have 1,000 folks arrested by the end of the week. In and of itself, getting arrested is relatively resource-intensive, and it doesn’t have a positive effect on mitigating climate change.

There’s no evidence that if you get arrested for sitting down or locking yourself to a door of a building because the folks who work in that building extract fossil fuels, that will reduce carbon emissions from going into the atmosphere.

To bring it to Dayenu, on other hand, their effort around Passover, which is about shining a light to make financial institutions follow through on their climate commitments is quite useful. People power like that can take advantage of what constituents, say American Jews, already care about, and use them to pressure these economic interests to make sure they follow through on their commitments.

OK, yes, let’s focus on Jews. We know that the climate crisis is a top issue for Jews and that Jews are very active in the climate movement. Why do you think that is?

Most American Jews are left-leaning and this is the top issue for people across the left at this point. At the same time, we have this history of stewardship of the land and the idea of how to give back to the land and give back to other people is built into the Jewish tradition. It makes sense that when science overwhelmingly tells us that we’re destroying the planet, Jews are going to stand up and try to do something about it.

What about the notorious existential angst of Jews? I am thinking Holocaust, pogroms, Israeli history. Wouldn’t that be a factor in motivating Jews to care about our planet dying?

That would be a cool hook to get more Jews interested, but I don’t think people have internalized the message — if you went to your basic synagogue and asked people what the IPCC report says, I don’t think they would realize it means that we were like an endangered species.

Yet Jews are such a small slice of the population. Why does their involvement in the climate movement even matter?

To take a stand as Jews is important in terms of representation and also important when we think about movement-building. I don’t want to call Jews low-hanging fruit here, but I would just say American Jews, because they tend to be more progressive and liberal-leaning, also are natural constituents for a movement.

Meanwhile, Dayenu has also been working in this multi-denominational coalition of progressive religious groups and so it makes a lot of sense for Jews to be represented there.

What about your personal journey as a Jew? Can you share about how your identity informs your politics?

I grew up in a mildly Conservative to Reform family so we were very much like a standard kind of progressive northeastern Jewish American family. I grew up with a central focus on tzedakah in a privileged way, I guess a white-privileged way is now how we should think about it.

This background prepared me to think about how environmental concerns were embedded in my heritage. For example, every year during Passover we tell the story of our exodus from Egypt, and I have a cousin who would connect this story with the environment in great ways, like with the Red Sea and the Jews wandering in the desert for 40 years.