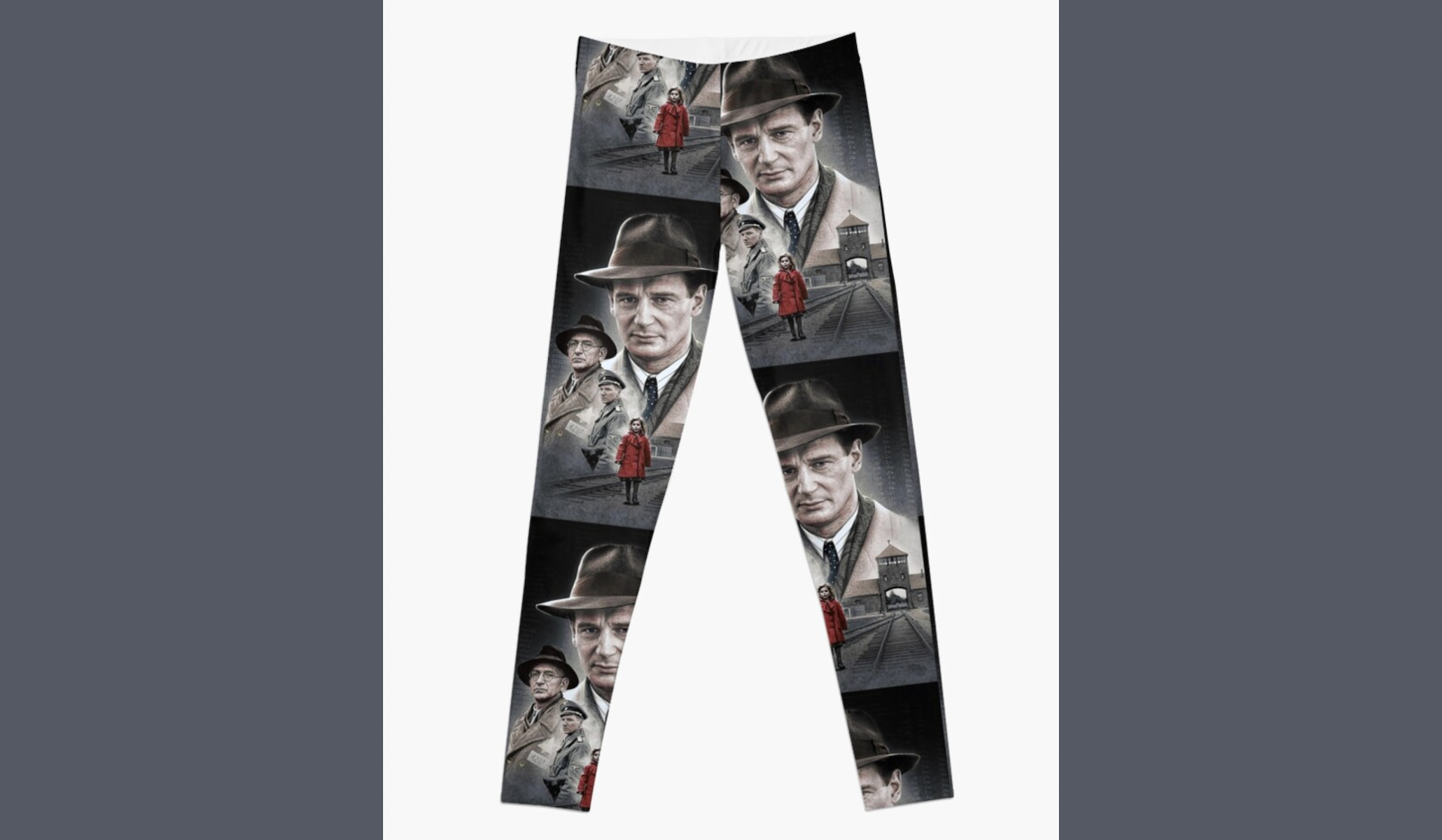 A peculiar item of clothing went viral this week after a comedian tweeted about a pair of leggings emblazoned with artwork inspired by “Schindler’s List,” Steven Spielberg’s 1993 Holocaust drama.

The pants show an artist-made poster with characters from the film. The symbolic “girl in the red dress” is featured most prominently, standing on train tracks overlooking the Auschwitz death camp. Beside her float the heads of Liam Neeson, as German factory owner Oskar Schindler; Ben Kingsley, as his Jewish employee Itzhak Stern; and Ralph Fiennes, as SS officer Amon Göth.

Elise Brown, who is not Jewish, spotted the leggings on the rack at a Goodwill in Long Beach, California, and submitted a photo of them to an Instagram account called ThriftStoreArt.

The leggings appear to originate on a virtual storefront on Redbubble, a website that allows users to generate artwork for buyers to print on demand.

In addition to leggings, the “Schindler’s List” design is for sale on skirts, socks, T-shirts, coffee mugs, iPhone cases, shower curtains, throw pillows and other assorted items on Redbubble, all via the user “angelbertran,” who is credited as the designer and seller.

The user, whose sparse profile page identifies them as based in the United States, has several pop culture-inspired designs to their name. “Angelbertran” did not respond to a request for comment from JTA submitted on Redbubble.

Such designs are common on artisan sites and are generally protected from copyright laws under fair-use guidelines. Whether they are tasteful is another question.

She also said she bought the item for her friend, at his request, for $8.

“Schindler’s List” has made the news in multiple ways recently, for a range of reasons. Oliwia Dabrowska, the Polish former child actress who played the girl in the red dress, has used her character to advocate for Ukrainian refugees on social media. A Belgian state broadcaster apologized this week for parodying the movie in a comic short about a cookie shortage. And Mimi Reinhard, the real-life Jewish secretary who typed the list of Jews whom Schindler would seek to save, died last week at age 107.