Mimi Reinhard, Jewish secretary who typed up Schindler’s list saving herself and other Jews, has died at 107 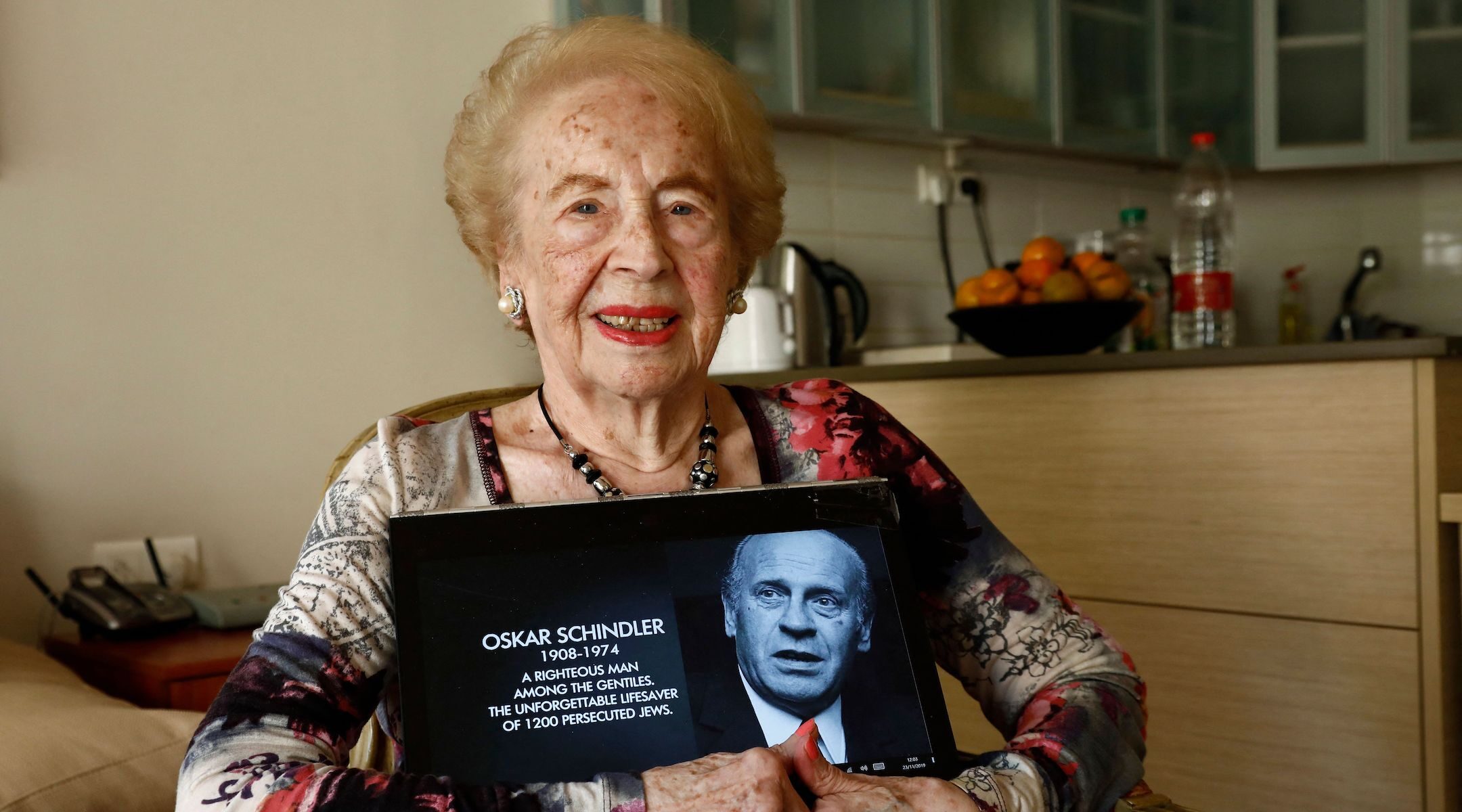 A picture taken on November 23, 2019 in the Israeli city of Herzliya of Mimi Reinhard. (Gideon Markowicz/AFP via Getty Images)
Advertisement

(JTA) — Mimi Reinhard had studied literature and languages as an undergraduate before World War II. But it was a course in shorthand that saved her life.

Reinhard was imprisoned at the Plaszow concentration camp outside of Krakow when she was chosen, due to her excellent German and shorthand skills, to work as a secretary instead of being sent to perform hard labor. That assignment would save her life when she went on to type up the list of Jews to be saved by Oskar Schindler, the German industrialist later named a “righteous among the gentiles” for his efforts to save the approximately 1,200 Jews who worked for him.

When Reinhard typed up that list, her own name would be on it.

Reinhard died Tuesday at 107 in Israel, where she moved in 2007 to be near her son, Sacha Weitman, then a professor at Tel Aviv University.

Reinhard was born Carmen Weitman in 1915 in Vienna, where she studied literature at the University of Vienna. After meeting her husband, a man from Krakow, the couple moved in 1936 to Poland, where their son was born three years later, just three months before the war broke out.

Her husband was killed in Krakow, but Reinhard survived the war with the rest of “Schindler’s Jews” despite their harrowing journey from Plaszow through Auschwitz and finally to Czechoslovakia. The group was liberated in 1945 and Reinhard and her son, who had survived the war in Hungary, moved to New York.

Reinhard remembered Schindler as a “mensch” in an interview with Haaretz shortly after her move to Israel.

“I wanted to go with Schindler, because of his reputation, but there were a lot of people who didn’t want to be on that list,” she said. “It was a gamble as far as we were concerned. To go with Schindler was no guarantee of anything. We didn’t believe that Schindler would really succeed in saving us. He was just taking us to a different camp. Who knew? We took a chance only because we believed in Schindler.”