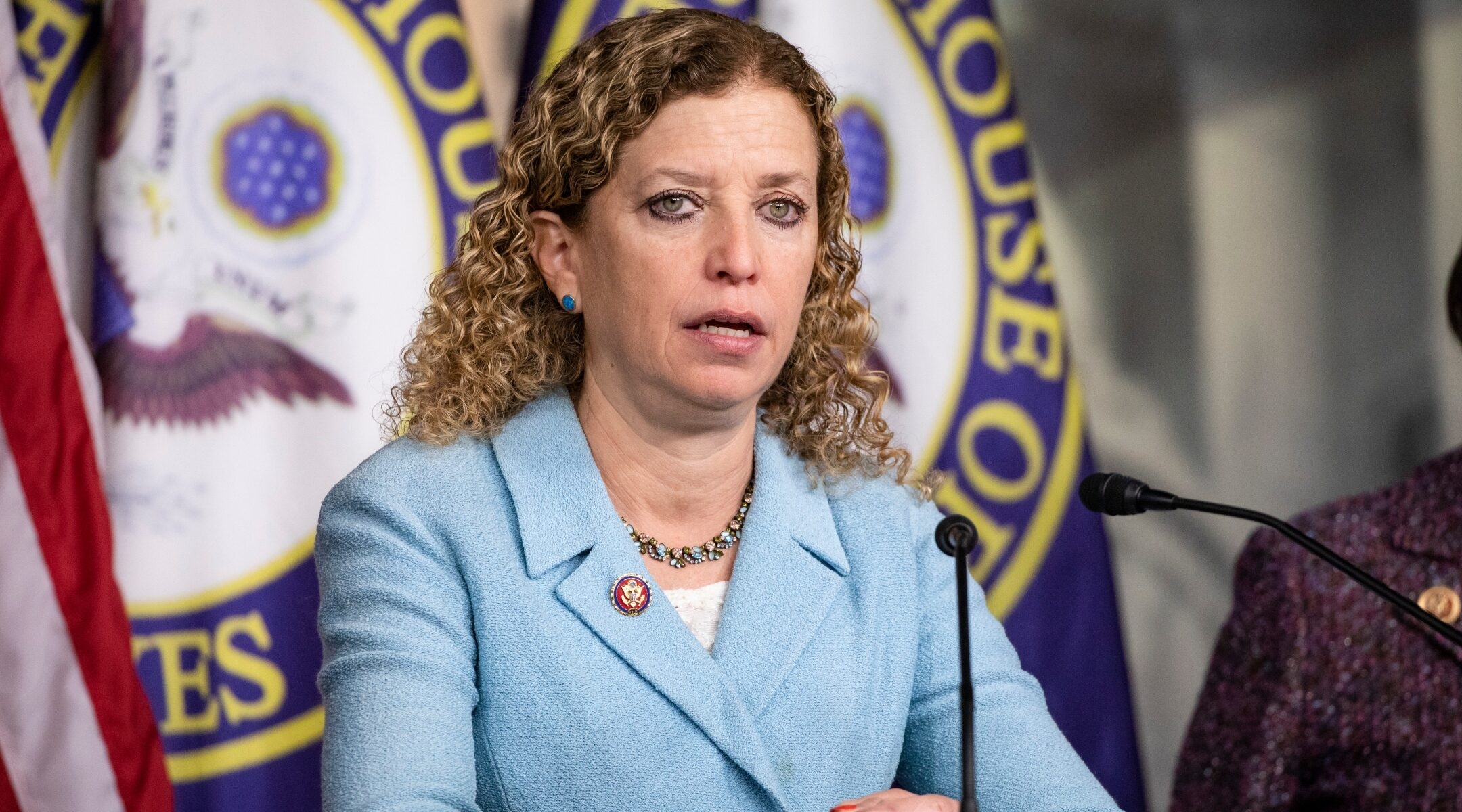 Rep. Debbie Wasserman Schultz speaks about her experiences during a trip to Israel and Auschwitz-Birkenau as part of a bipartisan delegation from the House of Representatives in Washington, D.C., Jan. 28, 2020. (Samuel Corum/Getty Images)
Advertisement

WASHINGTON (JTA) — All four major streams of Judaism are among an array of Jewish groups backing a bipartisan congressional resolution that calls on the U.S. government to raise awareness about infertility.

Organizations affiliated with Orthodox, Reform, Conservative and Reconstructionist movements signed a letter spearheaded by Hadassah sent Wednesday to members of Congress asking them to back a bipartisan resolution sponsored by Debbie Wasserman Schultz, a Jewish Democrat from Florida, and Dan Crenshaw, a Texas Republican.

The nonbinding resolution declares “that the United States Government has a responsibility to help examine, create, and implement solutions to address and alleviate the problems associated with the disease.”

It lists Ashkenazi Jews and people of Middle Eastern ancestry as among a number of groups that “suffer from disproportionately higher rates of certain diseases and gynecological, endocrine, and autoimmune disorders, that may contribute to higher rates of infertility among these populations.”

Hadassah has been lobbying for years to classify infertility as a disease and to raise awareness. “For too long, infertility and the struggle toward parenthood have been topics of quiet suffering, particularly in the Jewish community,” Rhoda Smolow, Hadassah’s president, said in a release. “By asking policymakers to expand access to infertility care and reduce the financial burden of treatments, we are empowering all of the patients, families and communities infertility affects.”

The resolution has garnered a number of cosponsors, including Jewish Democrats Susan Wild of Pennsylvania, Brad Sherman of California, John Yarmuth of Kentucky, Elissa Slotkin of Michigan and Jerry Nadler of New York.