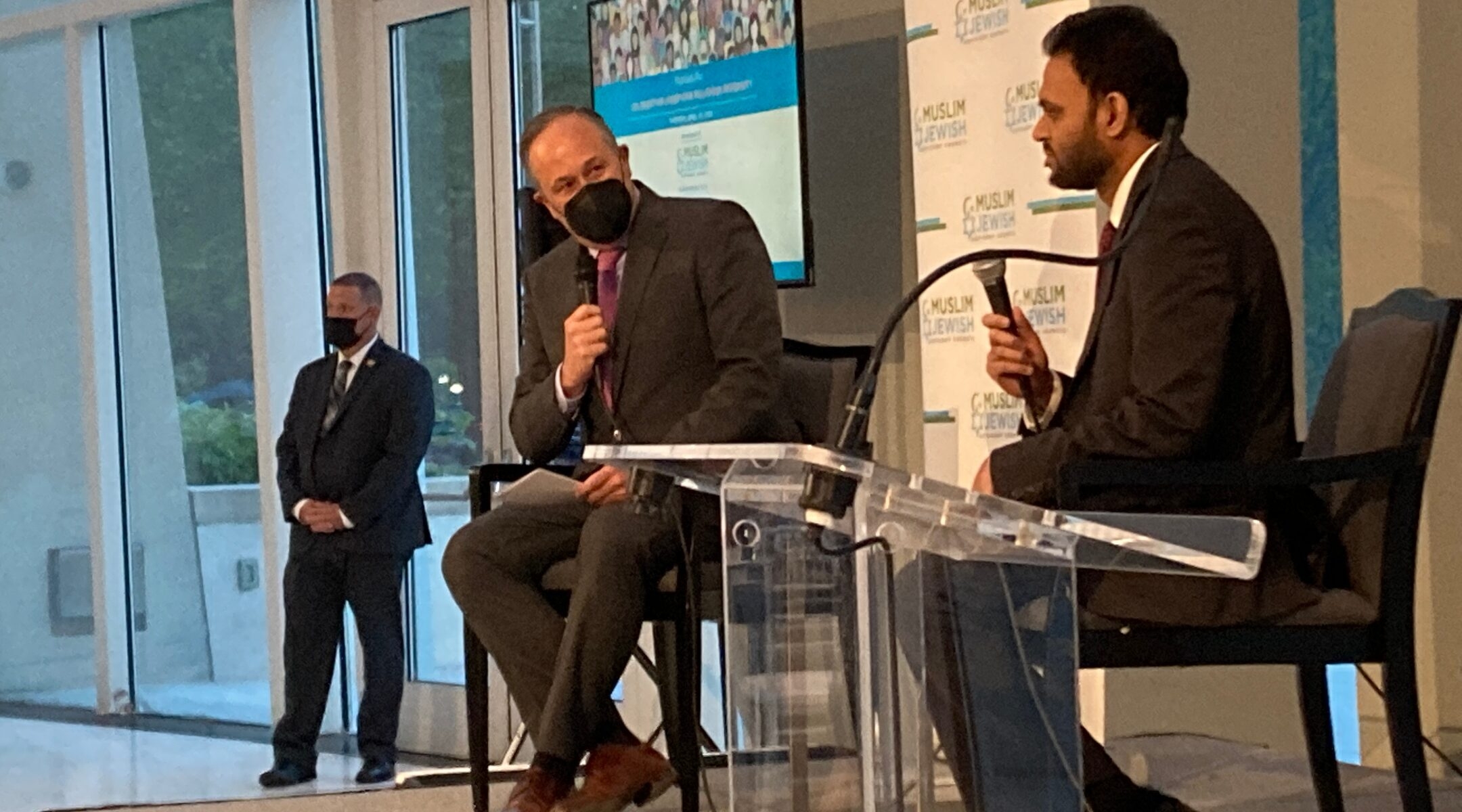 WASHINGTON (JTA) — Douglas Emhoff told a group that brings Jews and Muslims together that his history-making role as the second gentleman and as the first Jewish spouse of a president or vice president has brought him closer to Judaism.

“I didn’t realize what a big deal it would be not only to the Jewish community and to faith communities but to myself,” Emhoff said Thursday at an iftar, or Ramadan break-fast, hosted by the Muslim Jewish Advisory Council. “It’s actually driven me closer to faith. It has opened my eyes to a lot of things.”

Emhoff noted, for instance, the Passover seder he and Vice President Kamala Harris hosted earlier this month, their first in office. But he also said he understood the significance of faith — and how unique it was for people of different faiths to work together — when he began traveling outside his Los Angeles bubble during his wife’s campaign and then as the second gentleman.

“Coming from L.A. and working at an international law firm with Muslim partners and people of all different faiths, it’s something that was very natural to me,” he said.

Emhoff said it became his mission “to advocate and to show people that this is how it is done, [that] our communities can work together.”

Emhoff has said a highlight of his role was placing the first mezuzah on the doorpost of the vice presidential residence.

The Muslim Jewish Advisory Council was founded in 2016 by the American Jewish Committee and a number of leading figures in the American Muslim community to advocate for the passage of hate crimes legislation on the state and federal levels. It has evolved into a community forum. The iftar event was held at the U.S. Institute for Peace, a think tank founded by Congress.

Emhoff was interviewed at the event by Rashad Hussain, who is the U.S. ambassador at large for international religious freedom. Hussain is the first Muslim in the role; a predecessor is Rabbi David Saperstein, a long-time Reform movement leader.