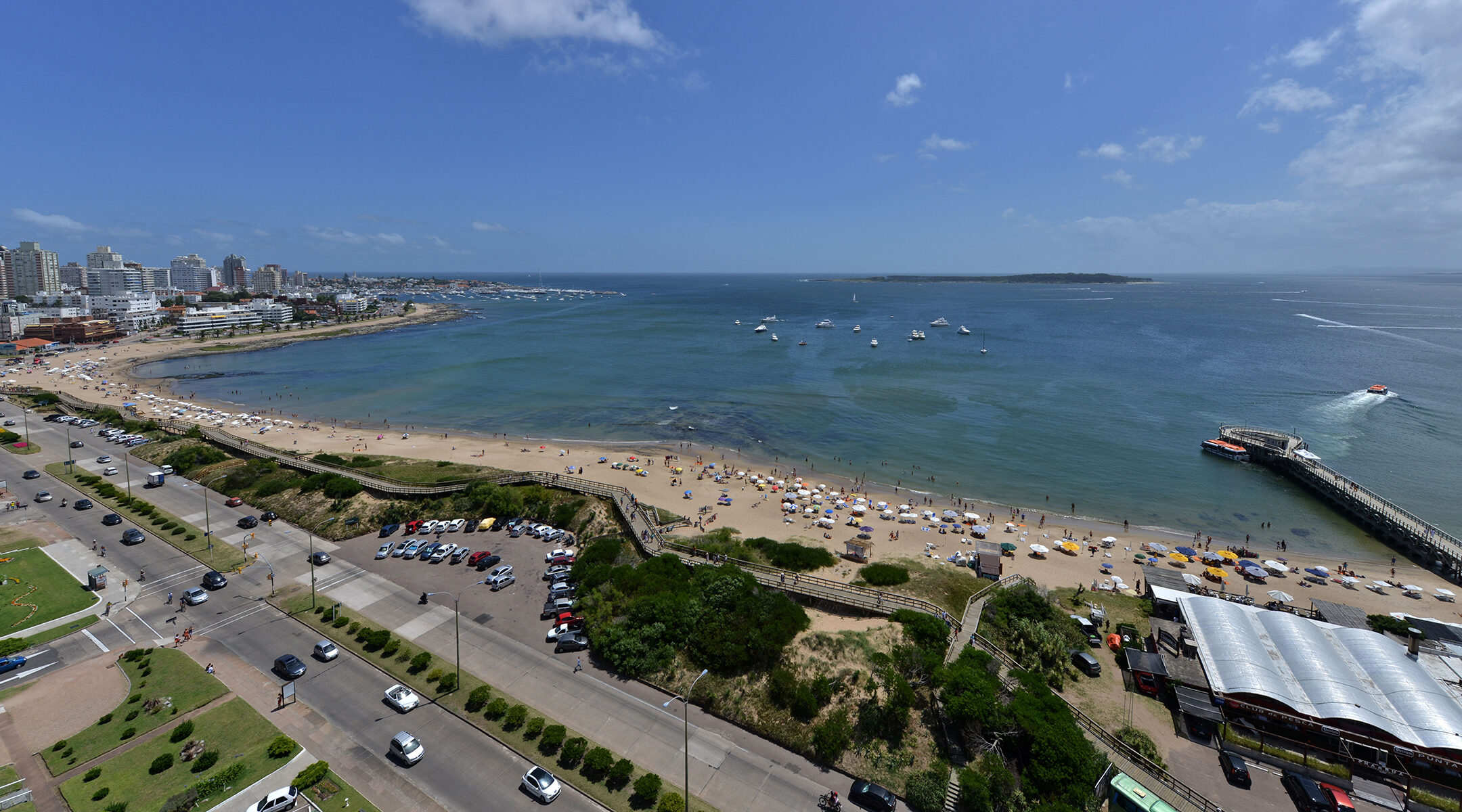 A view of the beach in Punta del Este, Uruguay. (Mariana Suarez/AFP via Getty Images)
Advertisement

“Coming here, it’s almost a tradition in our family,” said Grosz, who belongs to the famed Hacoaj Jewish sport and community center back home and graduated from a Jewish high school last year.

She’s not alone — Punta del Este has long been a haven for tens of thousands of Jews, many of them Argentines, each summer (which ended recently in the southern hemisphere).

In addition to the ritzy beach attractions — people like Mark Zuckerberg, Ralph Lauren and Shakira have vacationed here — the city’s laidback mood, natural beauty and low crime rate has been a selling point to Latin American Jews for decades. Jewish developers, whose presence can be traced back to Argentine businessman Mauricio Litman, who founded the Cantegrill Country Club in 1950, were also heavily involved in the city’s physical growth. The Cantegrill still stands, full of Jews who play golf or cards, and now there are things like a Jewish film festival and a local kosher pizza restaurant, opened in 2012 by Levi Shemtov, nephew of the well-known Washington, D.C.-based rabbi of the same name.

But for many Jewish families, the city located about two hours east of the capital Montevideo is changing from summer getaway to year-round home: its permanent Jewish population has doubled from around 300 families to 600 since the start of the COVID-19 pandemic in 2020. 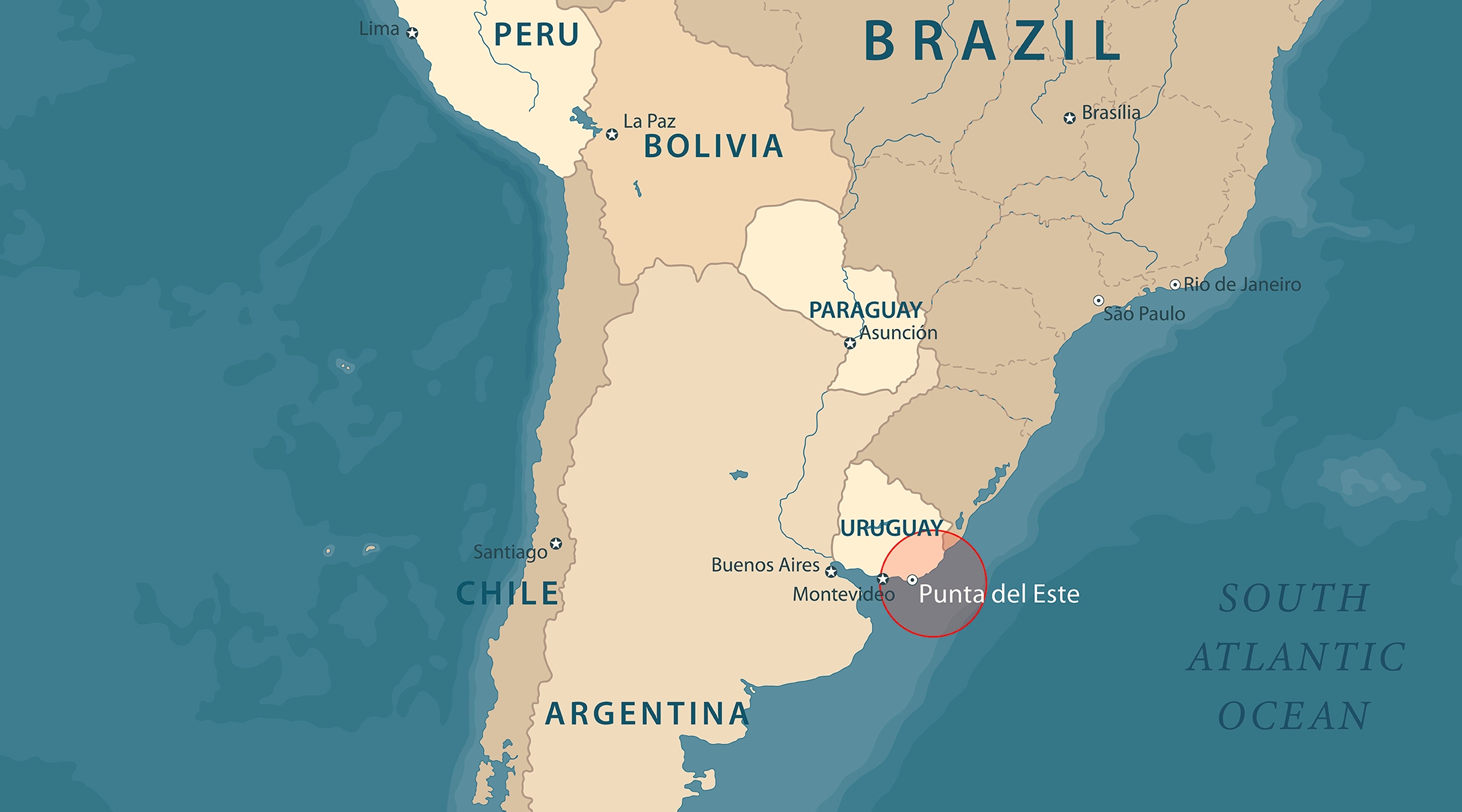 The trend isn’t stopping anytime soon, said Fabian Schamis, executive director of the local Comunidad Israelita de Punta del Este, or CIPEMU, a Jewish communal organization that was created in 2005 and now boasts over 1,500 year-round members who take part in its cultural programming and “Shabbat on the beach” nights. The Jewish influx during the summer is estimated at around 40,000.

Most of the new permanent residents are from Argentina, where the pandemic has raged, and where a mix of growing inflation, devaluation of the national currency and high tax rates had contributed to a recession in recent years.

“Since 2020 we have been receiving a massive influx of people, almost 100% from Argentina,” Schamis told the Jewish Telegraphic Agency. “We are talking of residents, not tourists. The pandemic also accelerated certain dissatisfaction that Argentines had for political reasons, economics, insecurity and other reasons [in their own country], and they chose to move here to Punta del Este, where we have an oasis in all these aspects.” 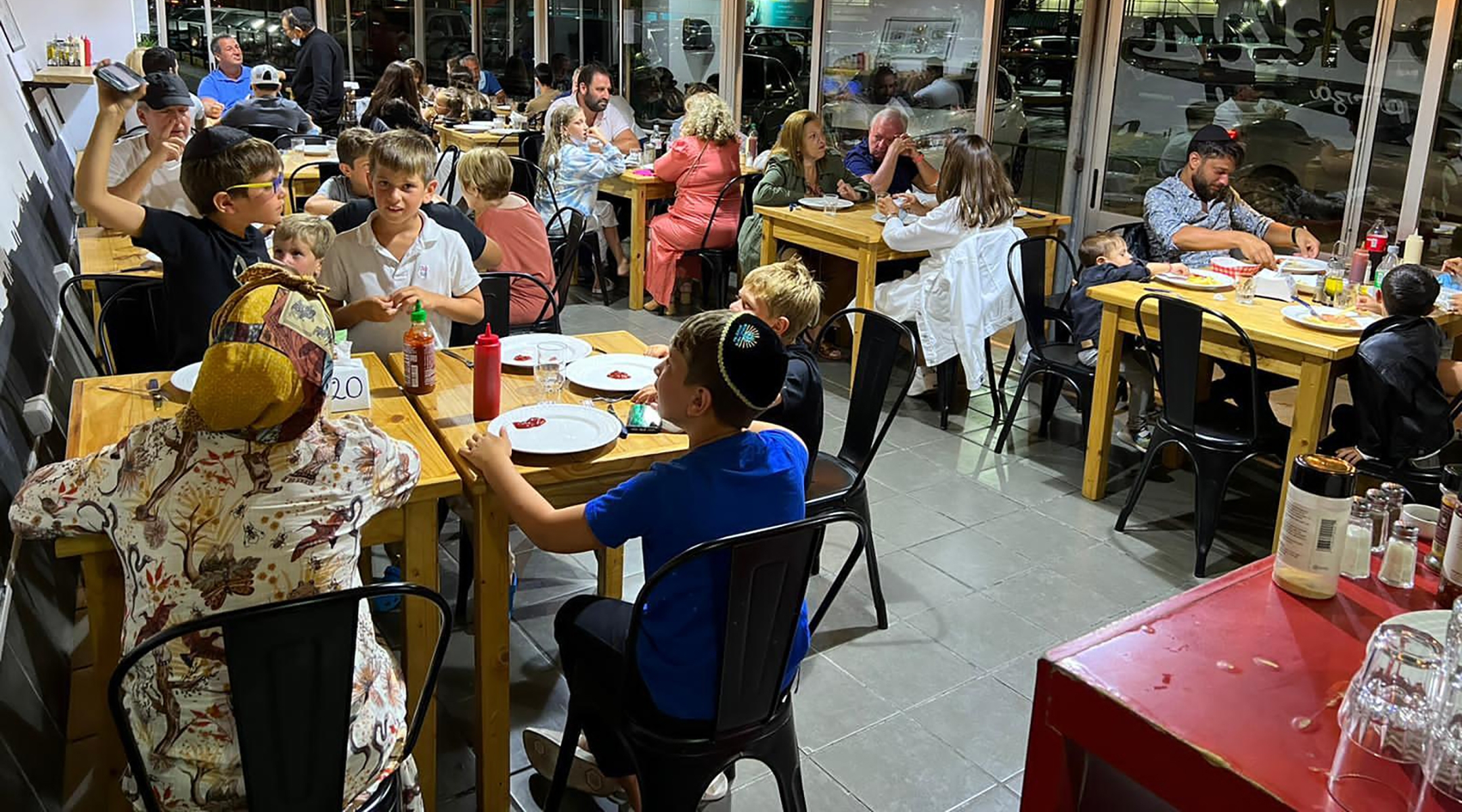 Increased school options have added to the attraction, local Jews say. There is no Jewish day school, but Jewish students are changing the makeup of the rest of the city’s schools, such as the International College (IC) Punta del Este — which opened in 2018 and is owned by Rolando Rozenblum, a current CIPEMU board member and former president.

The international K-12 school had over 600 students this year from 28 countries, including the United States. Rozenblum says the student body is about 10% Jewish. CIPEMU says it will do a demographic study this year to obtain more precise Jewish community numbers. 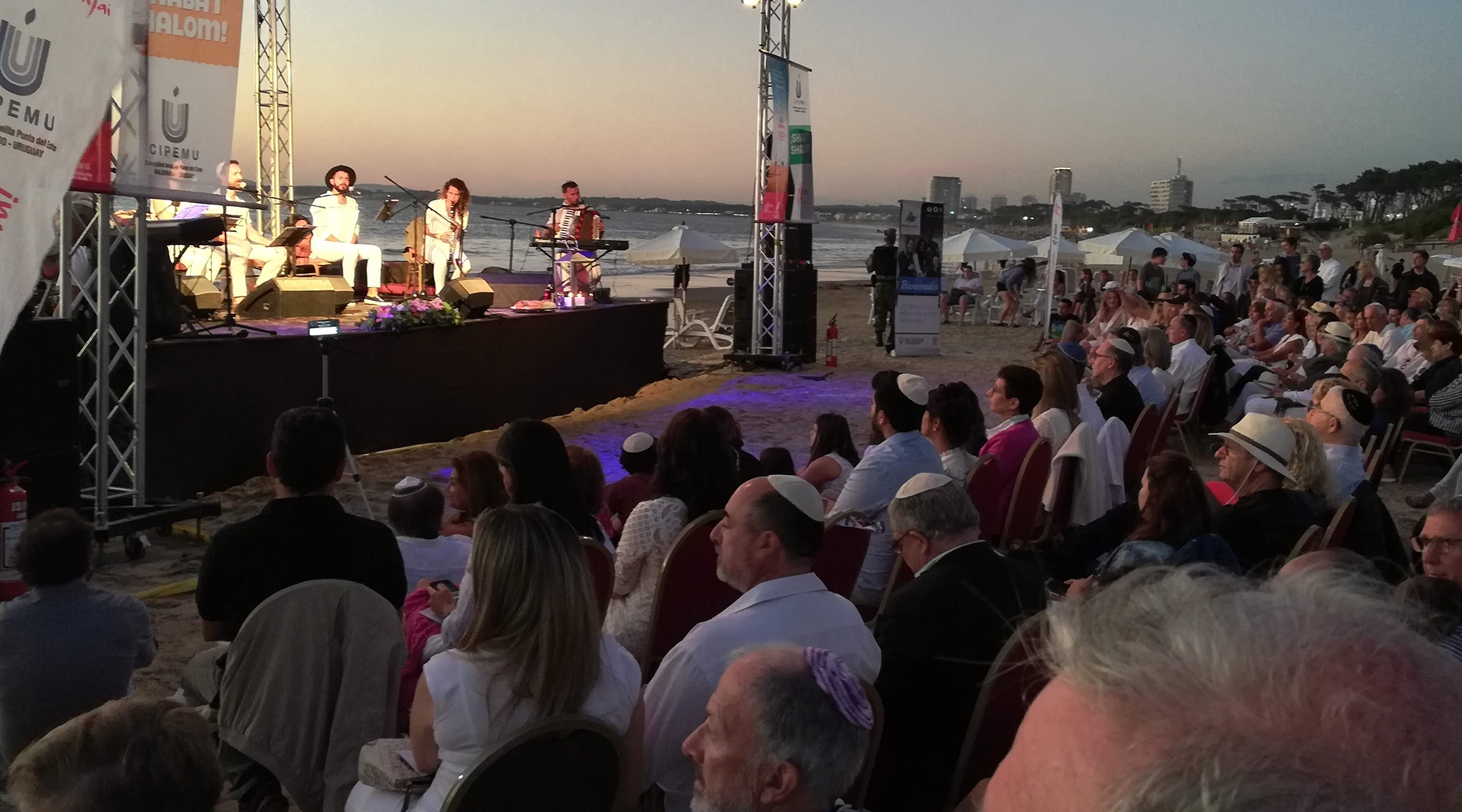 Rozenblum, a businessman and community leader, is also involved in another noteworthy local institution: the first Trump tower in South America, which after nearly a decade of setbacks is set to open in August. Rozenblum bought an apartment in the tower and is helping its local developers — the Trump organization only licensed its name for use and is not involved in the project’s logistics — prepare for its opening.

The tower includes 160 apartments that cost around $5,000 per square meter, and includes an indoor tennis court designed by Argentine Jewish player Martin Jaite, a former top-10 pro. Around 60% of the buyers are Argentines, and the rest are from Uruguay, Brazil, Europe and the United States.

“The Trump name is still an important global real estate brand,” Rozenblum said. “We need for developers to start to build this type of high-level building also prepared for the winter, not only focused on the amenities for the summer. That is the next step.”

Argentines have been flocking for years to Uruguay, whose center-right president Luis Lacalle Pou, in power since March 2020, is leading a more free and pro-market government. Uruguay offered new residents a 10-year “tax holiday,” and some tourists simply decided not to leave when COVID first locked them in place. 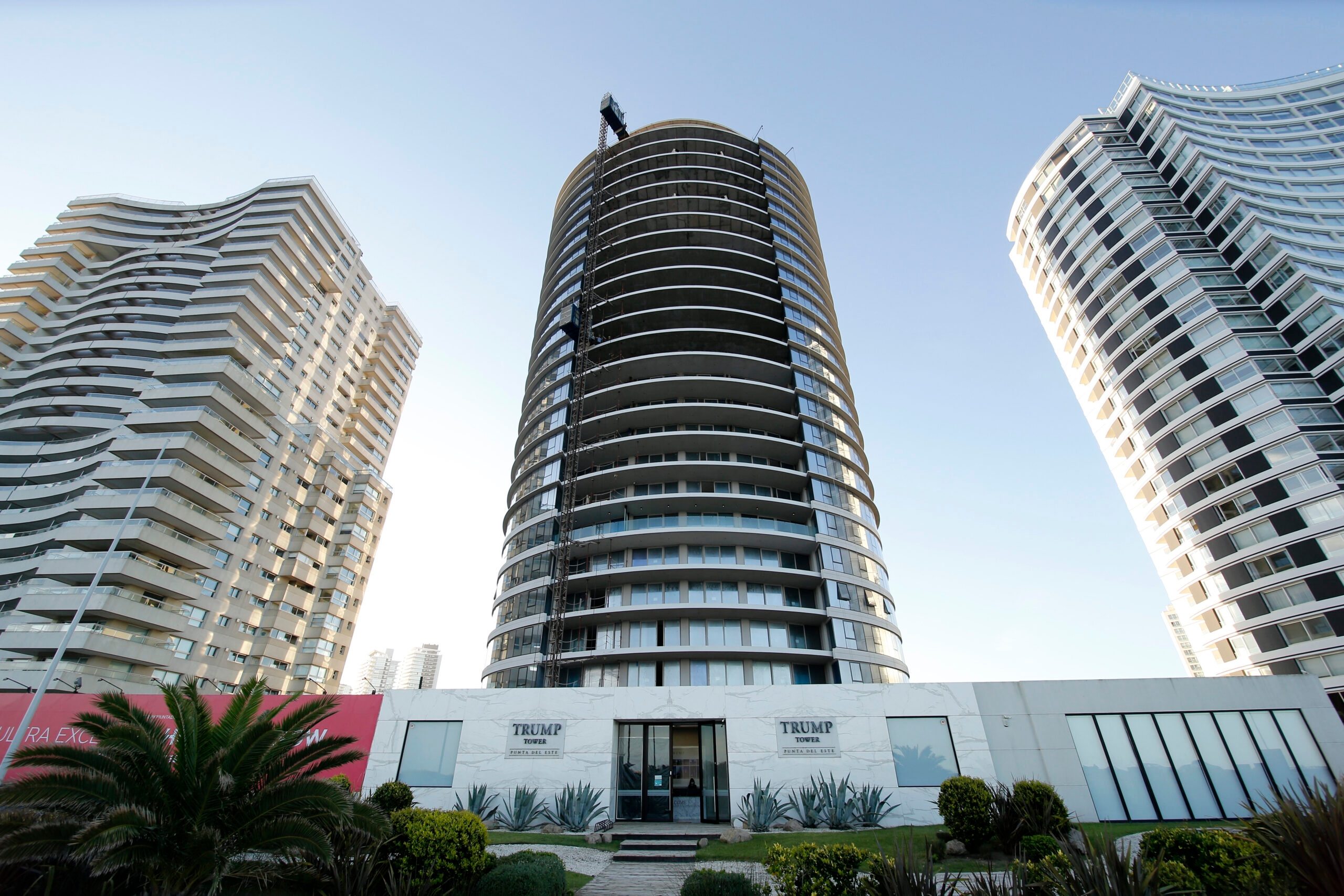 “This movement is reasonable and follows the migratory and investment trends towards Uruguay, a country that we see with very good eyes for Jews to settle in,” Ariel Stofenmacher, rector of the Latin American Rabbinical Seminar, told JTA in December 2020, in announcing the institution’s expansion to Uruguay.

Punta del Este now has three synagogues — two are Sephardic Orthodox and one is affiliated with the Hasidic Chabad-Lubavitch movement. As an example of how the city brings together a mix of Argentine, Brazilian and Uruguayan Jews, the prominent Brazilian Safra banking family helped to build a temple here, which, during the summer, is attended mostly by Argentines.

“Now I can proudly say that if you come from a big Jewish city like Buenos Aires to this little tiny beach town, you can keep your Jewish flame glowing,” Rozenblum said.