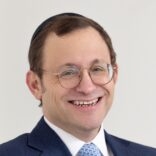 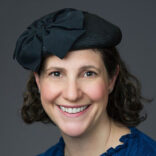 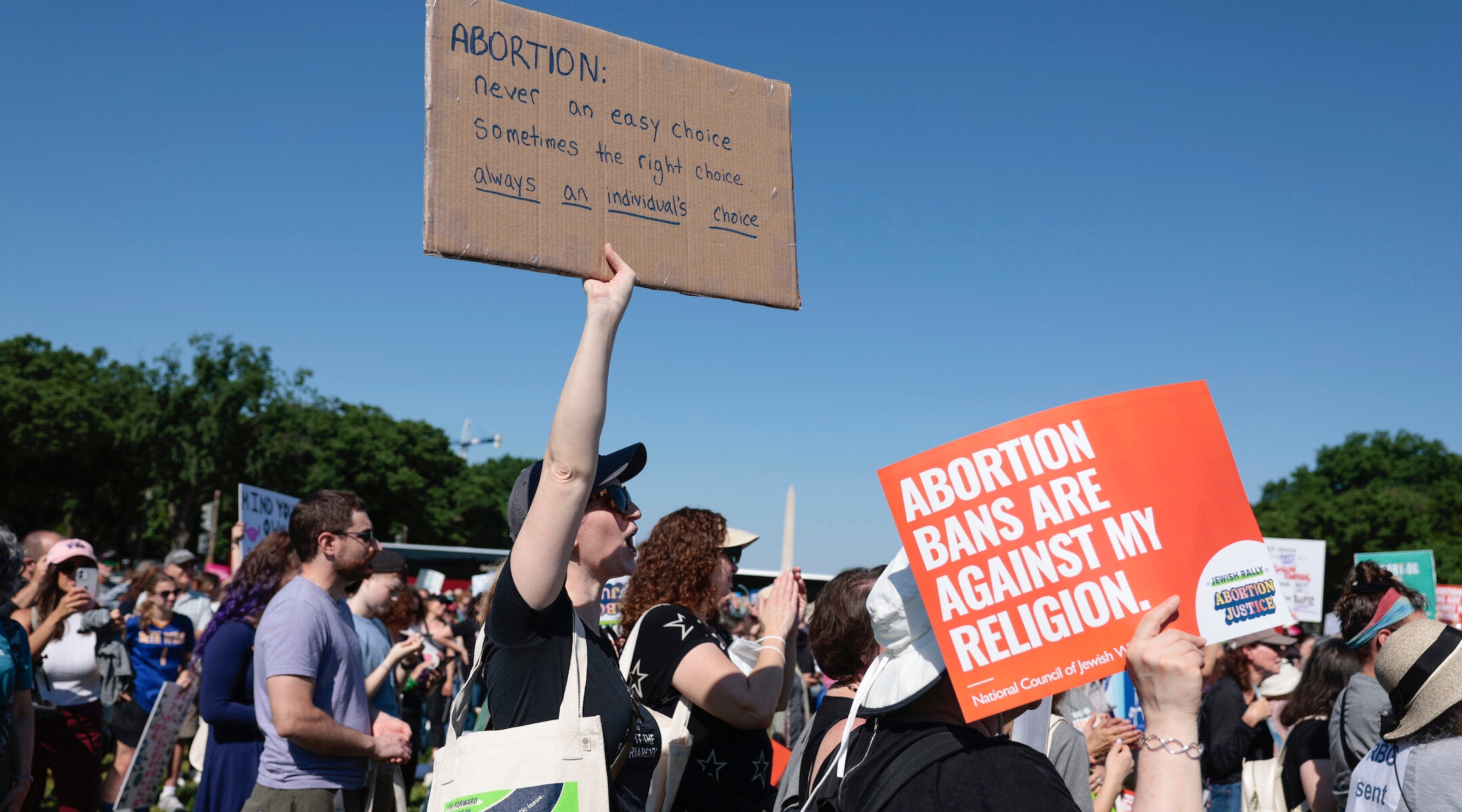 Protesters attend the "Jewish Rally for Abortion Justice" at Union Square near the U.S. Capitol on May 17, 2022. (Anna Moneymaker/Getty Images)
Advertisement

(JTA) — As Orthodox rabbis, we are devastated by the news that the Supreme Court is poised to overturn Roe v. Wade. If this happens, states will be free to pass laws to prohibit or strictly limit abortion, and approximately 25 of them are prepared to do so or already have. Such legislation would impact the lives of tens of millions of women.

It would also be an unconscionable infringement on the religious freedom of Orthodox Jews.

A strategy of the anti-choice camp is to claim that women make the decisions to terminate a pregnancy for trivial reasons. That is the opposite of our experience. A few years ago, one of us was approached by a pregnant woman whose husband had a history of erratic and violent behavior. She herself had just learned that the fetus she was carrying had a severe congenital birth defect and she did not believe that she had the capacity to care for such a child. Carrying out the pregnancy would wreak havoc on her delicate and compromised family situation. She was deeply conflicted about which decision was the right one. Had Jewish law offered her no choice — as she had initially believed — it would have robbed her of any moral or religious agency. No wonder, then, that she felt trapped and helpless.

This changed when she was presented with the fact that, according to some Jewish decisors, abortion was an option in her case, for reasons we’ll explain. She was able to own her agency, to grapple with the competing ethical and religious mandates, to consult with a halachic (Jewish legal) authority and to give weight to her own and family’s well-being.

The final choice she made isn’t what is relevant here. It is that she was empowered to make it.

We believe that halacha is binding and that protecting human life is one of its highest values. Our commitment to halacha is not contradicted by our pro-choice beliefs but expressed by them. We have seen how many false assumptions exist when it comes to Orthodoxy’s approach to questions of when life begins or what a woman’s autonomy entails. So we are writing together — as two leaders of Orthodox seminaries — to clarify misconceptions and to challenge those who claim that there is one “authentic” Jewish way at this personal decision.

The Orthodox position on abortion is not the same as that of the Catholic Church. In fact, there is no one “Orthodox position” on abortion. Jewish law is rarely, if ever, univocal on issues. Its beauty and power lie in its decentralization and in the multiplicity of opinions articulated by those who interpret it.

When it comes to abortion, the opinions run the gamut, from those who see the fetus as merely a part of the mother’s body to those who rule that abortion is tantamount to murder. The status of the fetus might also be quite different depending on the stage of development, whether first, second or third trimester, with an increasingly shrinking range of justifying circumstances as the fetus becomes more fully developed.

It would be wrong to characterize any of these positions as either pro-life or pro-choice. Jewish law is not so simple.

As distinct from much of the contemporary “either/or” discourse around abortion, Jewish law embraces a “both/and” approach. There is both a mandate to protect life, even a future life, and, at the same time, a religious obligation to protect the health and psychic well-being of every human being. Because a fetus is not seen as a full life, these two mandates exist in an ongoing tension.

Halacha embraces the complexity and messiness of our lives and rejects simplistic, prepackaged answers. Orthodox women grappling with the question of whether to have an abortion will be guided by their consciences and their faith and consult with a religious advisor to guide them regarding Torah values and ethical and religious-legal obligations.

To deny women the right to choose is to assume that they cannot be responsible to give this consequential decision the full weight that it deserves. It is to infantilize women, to exhibit a lack of trust in them to be responsible moral agents. And in the case of women committed to Jewish law, it is to rob them of the ability to be true not only to the dictates of their conscience, but to their faith as well.

If the Supreme Court removes the protections of Roe v. Wade and states adopt legislation that limits or eliminates a woman’s right to choose, we and our co-religionists will be effectively barred from acting in accordance with our religious beliefs and from being guided by our moral compass. Taking away choices about one’s pregnancy undermines central values of Jewish law: engaging a range of options, bringing to bear competing Torah values, and owning the complexity of one’s reality.

Dov Linzer
is the President and Rosh HaYeshiva of Yeshivat Chovevei Torah Rabbinical School, and serves as a religious guide to the yeshiva’s current rabbinical students and over 130 rabbis serving in the field.

Sara Hurwitz
is Co-Founder and President of Maharat, the first institution to ordain Orthodox women as clergy, and also serves on the rabbinic staff at the Hebrew Institute of Riverdale.
The views and opinions expressed in this article are those of the author and do not necessarily reflect the views of JTA or its parent company, 70 Faces Media.