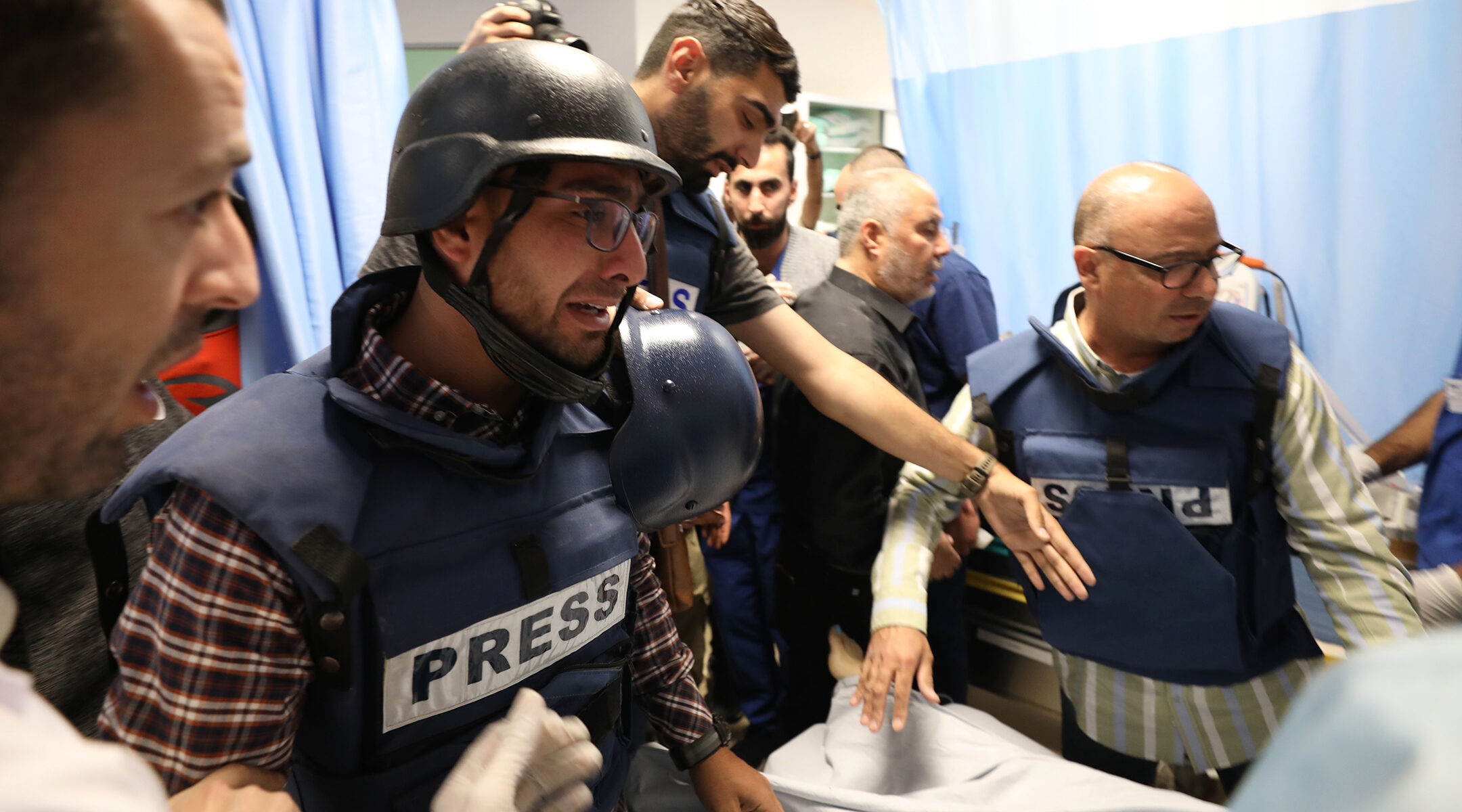 Journalists at a hospital in the West Bank city of Jenin mourn following the killing of Al-Jazeera journalist Shireen Abu Akleh, May 11, 2022. (Ayman Nobani/Xinhua via Getty Images)
Advertisement

WASHINGTON (JTA) — In an unusual public broadside against dozens of Congress members, Israel’s ambassador to Washington said a letter calling for a U.S. investigation into the killing of a Palestinian American journalist was not a “fair” representation of the event.

Michael Herzog was responding to a letter sent Thursday by 57 House Democrats to Antony Blinken, the secretary of state, and Christopher Wray, the FBI director. It called for an investigation into the death last week of Shireen Abu Akleh, a venerated Al Jazeera reporter killed during an Israeli army raid on the West Bank town of Jenin.

The letter appears to discount the Israeli version of the killing. “The Israeli military claimed that the victims were caught between gunfire between Palestinian militants and Israeli Defense Forces,” the letter said. “However, media and eyewitnesses had conflicting reports.” The letter was spearheaded by Reps. Andre Carson of Indiana, Lou Correa of California and Bill Pascrell of New Jersey,

The letter referred to eyewitnesses who said the journalists made themselves known to Israeli forces and said that there was no exchange of fire in the area at the time of the shooting.

“Ms. Abu Akleh was entitled to the full protections afforded to U.S. citizens living abroad,” the letter concluded. It urged Blinken and Wray to “uphold our nation’s values, including human rights, equality for all, and freedom of speech.”

Herzog decried the letter in a release Friday. He said the letter “does not offer a fair representation of the case, ignores important context of the events leading to Ms. Abu Akleh’s tragic death and reaches the wrong conclusion.”

“The letter ignores the fact that Israel has, from the outset, called for an impartial joint Israeli-Palestinian investigation with the U.S. in an observer role,” he continued. “Our call was flatly rejected by the P.A.”

An ambassador targeting a congressional letter signed by a quarter of the members of one of the parties is unusual. Herzog’s remarks came as the government led by Prime Minister Naftali Bennett is striving to heal the mistrust between Democrats and his predecessor, Benjamin Netanyahu.