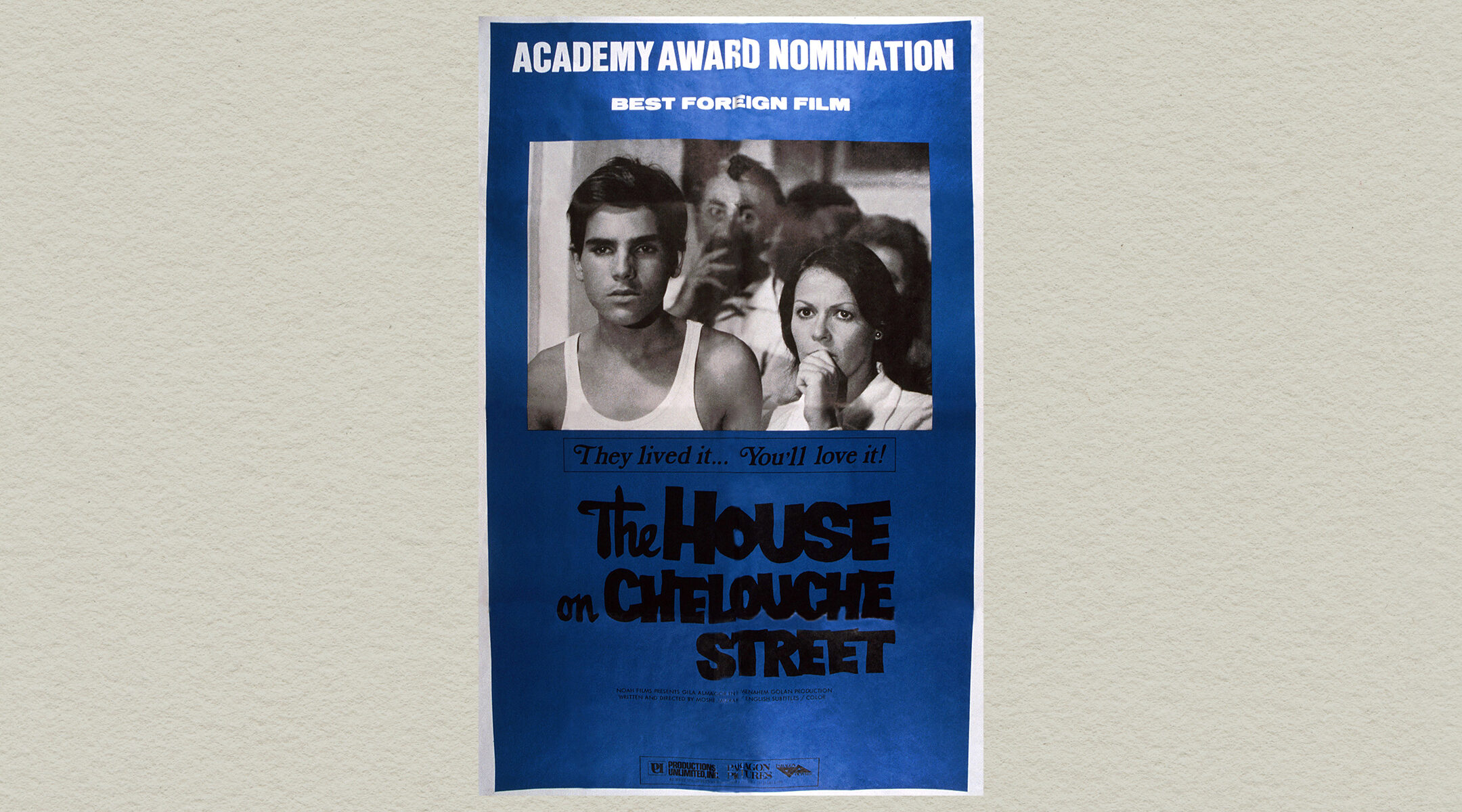 (JTA) — “The Beauty Queen of Jerusalem” has made headlines as one of the Israeli TV industry’s most elaborate and expensive productions ever.

The series, which follows a family of Spanish Sephardic Jews living in Jerusalem through different decades of the early 20th century, also features Ladino — the centuries-old language sometimes referred to as Judeo-Spanish that combines medieval Spanish, Hebrew, Aramaic, Turkish, Greek, Arabic and other influences.

Ladino, spoken by Jewish communities throughout the Ottoman Empire and North Africa who had fled the Spanish Inquisition in 1492, is today only spoken by up to a few hundred thousand people, according to various scholarly estimates. In recent years it has seen a bit of a resurgence through descendants looking to reclaim their ancestors’ language.

Ladino is especially rare in TV and movies. But JTA writers have compiled a list of a few that feature at least some spoken Ladino and are available to rent or to stream for free online, dating from 1973 to the present day.

The late Israeli director Moshé Mizrahi was thrice nominated for the Academy Award for Best Foreign Language Film, winning once for a film submitted on behalf of France, “Madame Rosa.” For “The House on Chelouche Street,” he mined his own life and heritage to tell the story of a family of Sephardic Egyptian immigrants living in a working class neighborhood in Tel Aviv in 1947 amid the turmoil that preceded the establishment of the State of Israel. With its careful observations of how domestic and intra-communal tensions can intersect with historic events, the film documents a bygone era in Sephardic culture. It streams for free on Dailymotion in two parts. –Asaf Shalev

Tom Hanks stars in this film, also directed by Mizrahi, as a wounded American pilot serving in the British Royal Air Force before World War II who is forced to recover in a Jerusalem hospital — where he falls for a local Sephardic beauty. The problem: he’s the son of a Protestant minister, and her family does not approve. This has the distinction of being Hanks’ worst-ever performing film at the box office, but watch it for the on-location filming. It streams for free on Tubi — and an opening title card mentions Ladino. –Ron Kampeas

This Holocaust film features another forbidden love story, involving a soccer star and a Jewish Macedonian woman, and the story of a Macedonian team trying to save the life of its Jewish coach. The film, which is inspired by true events, depicts the Bulgarian pro-Nazi regime’s collaboration in deporting non-Bulgarian Jews — that angered some Bulgarian politicians and intellectuals at the time of the movie’s release. It is currently free on YouTube with English subtitles. –RK

This culmination of a trilogy by director Ivan Nitchev about Jews in Bulgaria and its neighboring countries features a young Jewish love triangle in the leadup to the Holocaust. It was co-produced in Israel and stars Israeli actors. The film became Bulgaria’s entry into the Oscars foreign film race, provoking some domestic controversy in the process. It streams on the Jewish-themed Chai Flicks platform. –RK

Forbidden love is clearly a common theme in the Ladino genre. Set in tumultuous 1943, against the backdrop of a German-occupied Thessaloniki, a young Jewish girl and Christian boy struggle to surmount prejudice and fear as they fall in love, and as the brutalities against the town’s persecuted Jewish community escalate. This one also streams for free on Tubi. –Cnaan Liphshiz

In 1496, King D. Manuel prohibited Judaism in Portugal. A mere 400 years later, Barros Basto, a Portuguese army captain, converted to Judaism, and about 20 Jewish merchants founded the Jewish Community of Oporto, in the north of the country. The Jewish community of Porto made an unusually high-budget film about the story — with the help of revenue gathered from the communal group’s vetting of Portuguese citizenship applications. It streams on Amazon Prime. –CL

This Turkish miniseries takes an unvarnished look at how the country’s nationalists mistreated and marginalized Jews and other minorities in 1950s Istanbul. And through its discussion of religious Judaism — from Shabbat rules to the tradition of kissing a mezuzah when entering a room to scenes shot in Turkish synagogues — many Turkish Jews have found the show a revelation, especially given the fact that Jewish characters are usually relegated to stereotypes in Turkish productions. Turkish is the main language of the series, but there is some Ladino, especially on the haunting soundtrack. It streams on Netflix.  –RK