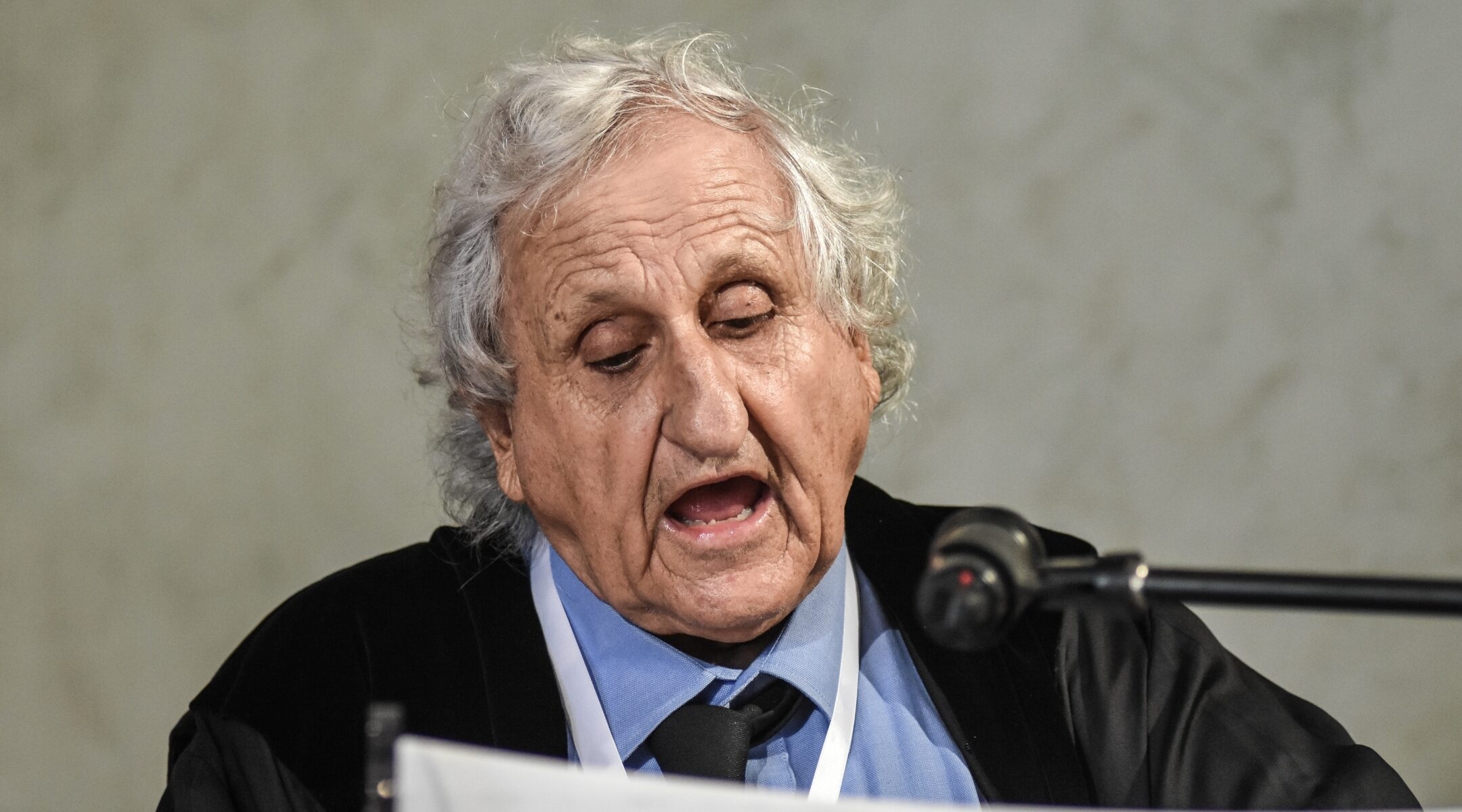 But A.B. Yehoshua the soothsayer sought to heal wounds, reconciling Israelis with Palestinians, with the Jewish Diaspora and above all with themselves.

Avraham “Buli” Yehoshua, the writer who chronicled his beloved country’s rage and sorrows in more than a dozen acclaimed novels, died Tuesday at 85.

“We have to revitalize the solidarity that we lost, tunnels have to be created, dug between different sectors of Israeli society, with the religious, with Arabs,” Yehoshua told the New York Jewish Week in 2020. He was speaking about the need to defeat the coronavirus, but he might as well have been posting his credo.

In cultures beset by conflict, like Israel and Ireland, the notion that an artist should stand apart from politics is seen as laughable. Yehoshua was unexceptional in his dual roles, joining an array of other novelists and poets who engaged in punditry on the dilemmas of the day.

But he seemed to stand apart from his peers in presenting radically different personas, depending on whether he was the omniscient, withholding shaper of a work of fiction or the generous and avuncular presence holding forth on a TV politics hour.

Yehoshua the fiction writer was unforgiving. His seminal 1977 novel, “The Lover,” makes compelling the interplay between three characters stunted by grief and anger: a husband whose personality is a walled-off fortress, a wife who assumes the role of a battering ram and a lover who runs and hides when the opportunity first presents itself.

The threesome’s war of attrition is set against the chaos of the 1973 Yom Kippur War and how it blew apart certainties about Israel, its place in the world and one’s neighbors, friends and lovers. The novel was prompted in part by the lists of missing that circulated after a war in which men were taken out of synagogues willy-nilly and hastily sent to the front line. Had they died, were they imprisoned or — and this consideration was the most terrifying — did they choose to disappear?

“And in the last war, we lost a lover,” the narrator, Adam, begins. “We always say: a small intimate country, where if you try hard enough you’ll find connections between the most distanced of people — and here, it’s as if an abyss tore open and a man disappeared and attempts to track him down are fruitless.”

In “A Late Divorce,” published in 1982, Yehoshua delivers a gut punch to Israel’s vaunted child-centric culture in the rushed narrative of a child who is bullied at school and who struggles to keep up in gym class. Its message was brutal: Israel coddles boys in order to sacrifice them when they reach draft age.

“The gym teacher gave me such a hopeless look that it’s a wonder I didn’t cry I usually do when he starts up but today he was too tired to yell maybe because it was almost spring vacation,” the boy, Gaddi, says in a stream-of-consciousness monologue (Yehoshua’s preferred stylistic conceit) in Hillel Halkin’s 1984 translation. “All he said was they’ll get you in the army then he blew his whistle and said now choose teams for dodge ball. I was chosen last and counted out first.”

Yehoshua credited his wife, Rivka Kirsninski, a psychoanalyst whose death in 2016 crushed him, for his insights. “I have to understand that the world is not simple,” he said of being married to a woman whose landscape was the human psyche in a 2013 interview with The New York Jewish Week. “You see the surface and have to dig again and again.”

That tendency in his political life led Yehsohua again and again to advocate reconciliation. In 1984, at least a decade ahead of his time, he counseled a two-state solution to the Israeli-Palestinian conflict.

Born Dec. 9, 1936, Yehoshua was a scion of a Sephardic family that had lived in Jerusalem for generations, and he brought to his writing and his speaking the culture’s deceptively laconic style. He presented as a curious and provocative older relative, throwing out challenges and then leaning forward and listening intently. It was disarming, even when it infuriated his interlocutors, as in his notorious appearance at the American Jewish Committee’s 2006 centennial.

“Only those living in Israel and taking part in the daily decisions of the Jewish state have a significant Jewish identity,” Yehoshua said then, to angry murmurs from the quintessential Diaspora organization.

Rabbi Eric Yoffie, then the leader of the Reform movement, called Yehoshua’s claim “absurd and dangerous.”

Yehoshua countered in a Haaretz oped: “What I sought to explain to my American hosts, in overly blunt and harsh language perhaps, is that, for me, Jewish values are not located in a fancy spice box that is only opened to release its pleasing fragrance on Shabbat and holidays, but in the daily reality of dozens of problems through which Jewish values are shaped and defined, for better or worse.”

Yehoshua won dozens of awards, including the Israel Prize in 1995, the Bialik Prize and the National Jewish Book Award, and his work was translated into 28 languages. Yehoshua was one of a handful of Israelis, including Amos Oz and Yehuda Amichai, who perpetually were shortlisted for the Nobel Prize in literature. His final novel, “The Tunnel,” published in 2020, was about an engineer who is pressed into one last national project even as he loses his memory to dementia.

Names may disappear for the protagonist, Zvi Luria, but he grips close to the essential meaning of his life.

“Do you really believe in this country?” a character asks Luria.

Yehoshua is survived by a daughter, two sons and seven grandchildren.