They set out to produce an ‘accessible’ Mishnah. The price tag: $645. 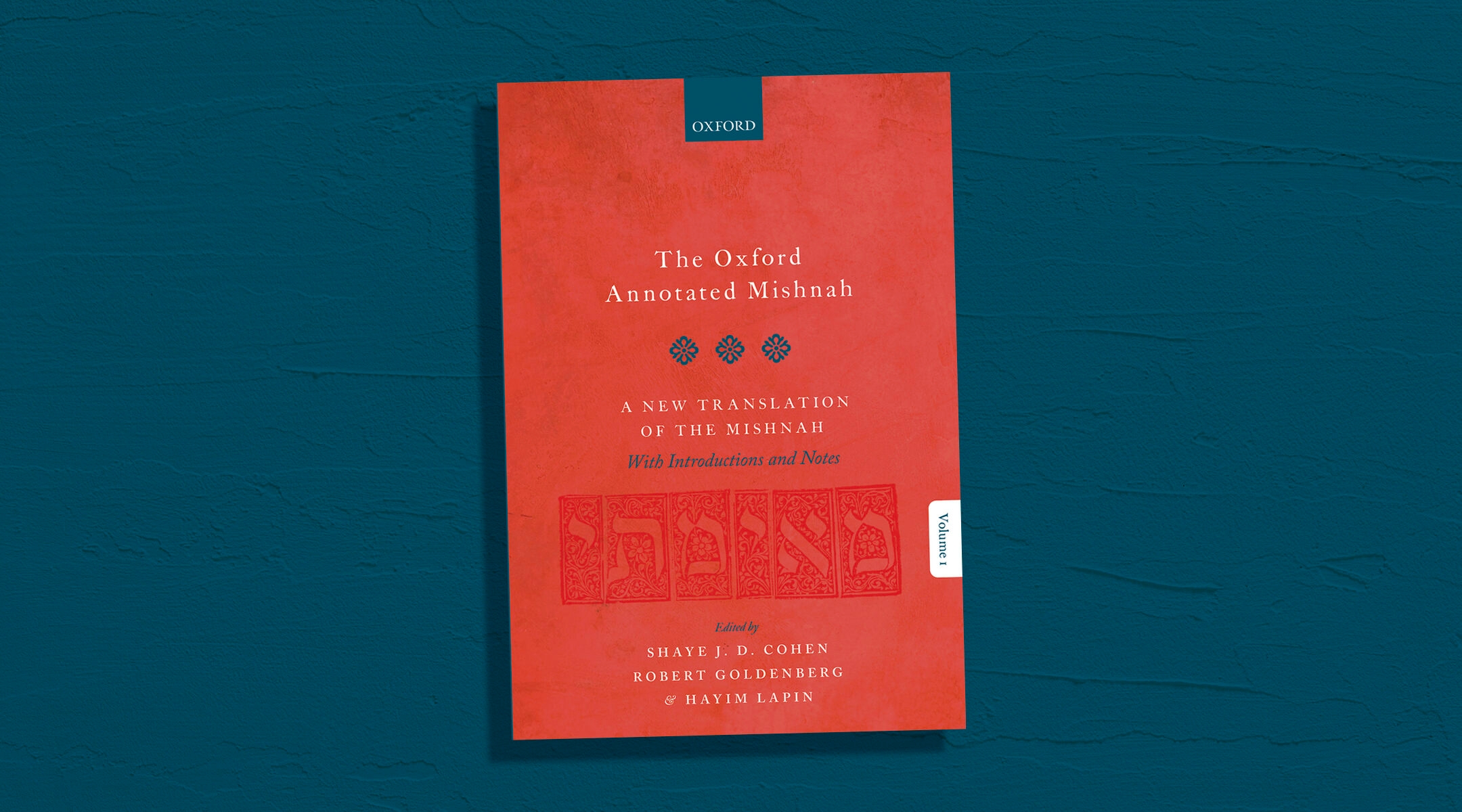 (JTA) — As an avid book collector who operates an independent Jewish press, Larry Yudelson was excited to learn that a new, annotated version of the Mishnah, the earliest compendium of Oral Torah, was on its way.

Then he found out how much it would cost.

“At this stage, I’m not going to go out and buy a copy,” Yudelson said.

That’s because Oxford University Press set the price of the three-volume set, out in August, at $645 — a steep, though not unheard-of cost for an academic text, and among the most expensive of its own offerings.

“That was a huge disappointment,” Hayim Lapin, a professor of Jewish studies at the University of Maryland and a co-editor on the project, said about the price. “Unfortunately, we had no say in that calculation.”

Oxford University Press explained the price in an email to JTA: “As an expansive and ambitious three-volume scholarly enterprise, intended as the definitive edition of the founding text of rabbinic Judaism, it is expensive to produce and involves significant investment in copy-editing, proofreading, typesetting, and printing.”

Oxford said a lower-cost version could still be released in the future, and the authors hope this might happen next year. Still, the surprise price tag points to the complicated role that academic publishing plays in the creation of Jewish texts: University-affiliated presses publish works that otherwise could never command a massive popular audience, but their price points can be prohibitive to average readers.

“The academic price is good at the library, but it’s not really good for the beit midrash,” Yudelson said, referring to Jewish study halls. “And I think there are a lot of batei midrash where they would be welcome these days.”

Doctoral students and rabbis who were otherwise excited about the book balked at the price on Twitter. But the authors suggested the target audience — at least for now — is specialists for whom an explicated Mishnah would be an essential tool.

“My ideal audience would be a professor of New Testament,” said Shaye Cohen, a co-editor of the project. “I kept on thinking about academics who are very bright, very learned, have worked on related questions, but for whom the Mishnah is fundamentally a closed text because there’s nothing out there.”

Lapin, Cohen and a third scholar, Robert Goldenberg, set out more than a decade ago to create a text that would be accessible for scholars who are not fluent in Mishnaic Hebrew or Aramaic. (Goldenberg, who was a professor of history and Judaic studies at Stony Brook University, died in 2021, before the project was finished.) Over time, they collected contributions from 51 scholars with extensive knowledge of the technical language unique to the Mishnah, which was compiled in present-day Israel at the end of the second century CE.

“If you ever looked at [the] Mishnah, you will know instantly how hard and difficult it is,” said Cohen, the Littauer Professor of Hebrew Literature and Philosophy at Harvard University. “The language I like to use is ‘lapidary.’ It needs you to come in there with a chisel and start banging on it. And then you can sort of shape it into something that you can understand. But if you just pick it up and start to read it, you have no idea what it’s talking about.”

Nevertheless, the study of classical Jewish texts is not just for specialists, and is central to the practice of many observant Jews, both clergy and laypeople. And building a Jewish library is an investment: While the Oxford Mishnah doesn’t have a direct competitor, other editions of the Mishnah can cost nearly $300. A full set of the Babylonian Talmud, which includes both the Mishnah and the expansive commentary known as Gemara, can cost upwards of $2,000. The Jewish Publication Society’s five-volume commentary on the Five Books of Moses sells for $360, or $75 per volume.

“In general, pricing has two main factors,” Yudelson explained. “Production costs, which includes page count, and comparable titles, which shows what the market will bear.”

Some of the most aggressive experiments in access carry no price tag at all. Sefaria, which launched in 2011, is an online, open-source library of Jewish texts that includes free versions of the Tanakh (the Hebrew Bible), Mishnah, Talmud, classical commentaries, prayers and other texts, as well as many of their English translations. But Sefaria is a crowdsourced endeavor, which has its own limitations, and not all of its Mishnah commentaries are translated or annotated with explanations of technical terms. (Daniel Septimus, Sefaria’s CEO, is on the board of 70 Faces Media, JTA’s parent company.)

“Sefaria is an immensely useful tool,” Cohen said. “And I salute them and I’m delighted for them. However, our Mishnah project has, I would say, higher quality control.”

“Everybody in my project has a PhD,” he added. “They’re academics and academic institutions. They teach rabbinic texts for a living.”

Now that the annotated Mishnah is finished, Cohen says he may turn to Sefaria to discuss “whether the two projects could live with each other or work with each other.” But in the end, Oxford owns the copyright.

The new set isn’t the first time Oxford University Press has taken on the Mishnah. In the 1930s, it published Anglican priest Herbert Danby’s first-ever English translation of the Mishnah. Danby was also notable for his writing on Christian-Jewish relations and used his position as a professor at Oxford to defend against antisemitic attacks on the Talmud from Nazi leader Alfred Rosenberg.

Danby’s version, while translated, was not annotated and does not include explanations of technical terms, which is what Cohen, Lapin and Goldenberg’s Mishnah sets out to do.