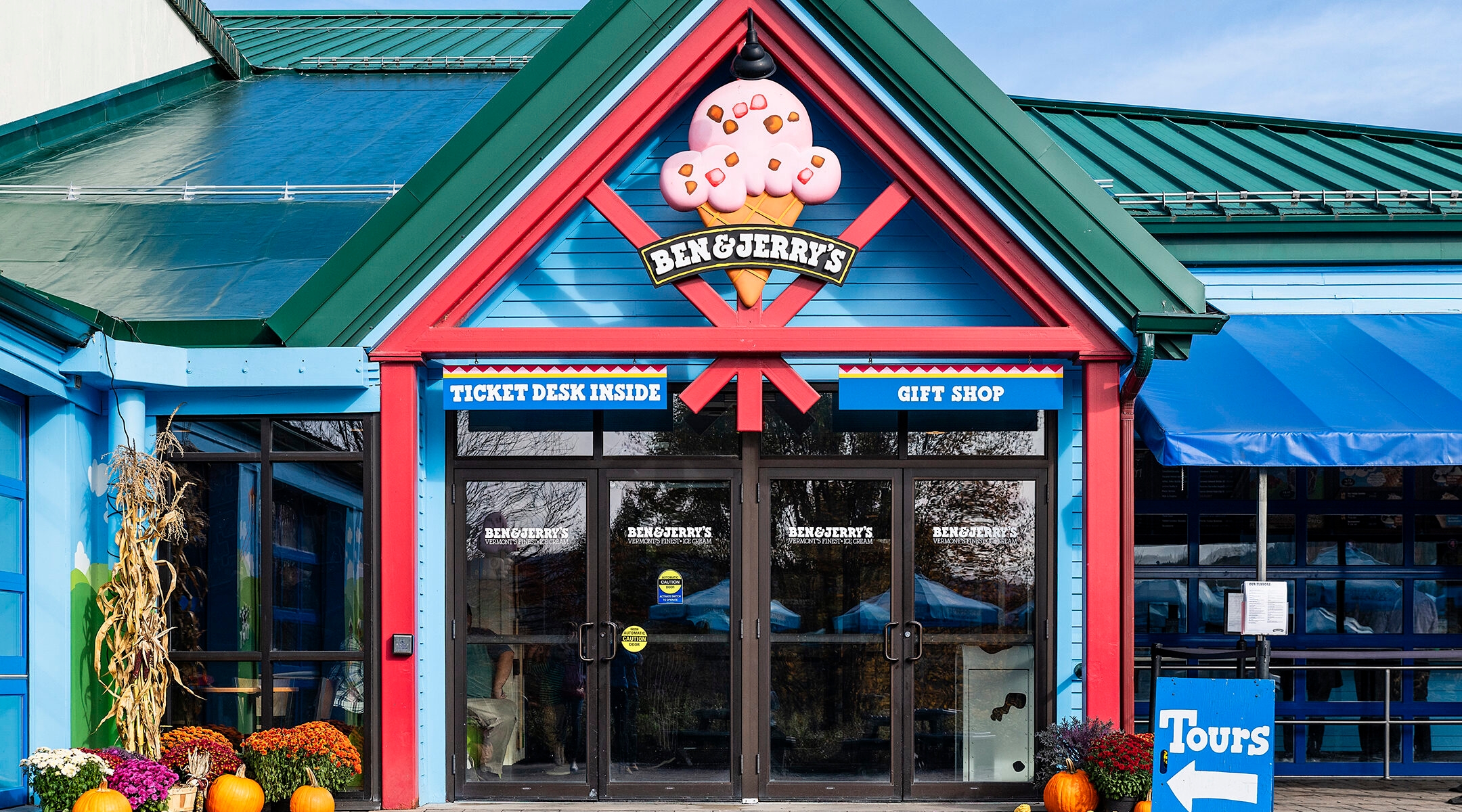 (JTA) – Ben & Jerry’s has come out against its own parent company’s decision to sell the ice cream maker’s brand in Israel to an Israeli company that pledges to continue selling the products in both Israel and the West Bank.

“While our parent company has taken this decision, we do not agree with it,” the Vermont-based frozen treat makers said on social media, hours after Unilever announced it would sell its Israel business interests in Ben & Jerry’s to the Israeli company American Quality Products Ltd.

We are aware of the Unilever announcement. While our parent company has taken this decision, we do not agree with it.

The Ben & Jerry’s statement also provided some additional insight into the business arrangement, noting that the company itself would no longer profit from Ben & Jerry’s sales in Israel. The amount of the sale was not disclosed by any party, and Ben & Jerry’s did not indicate whether it believed Unilever had violated the terms of their acquisition arrangement by circumventing the board in Israel, nor whether the brand would seek further action against its parent.

“We continue to believe it is inconsistent with Ben & Jerry’s values for our ice cream to be sold in the Occupied Palestinian Territory,” the brand said in its statement.

Unilever made the move following nearly a year of backlash from pro-Israel groups, stemming from an announcement by the semi-autonomous Ben & Jerry’s board that it would no longer sell ice cream in “occupied Palestinian territories” following Israel’s actions in Gaza last summer. American Quality Products has been the brand’s Israel distributor since 1987, pre-dating Unilever’s 2000 acquisition of Ben & Jerry’s, and refused to comply with its demands to stop selling ice cream in West Bank settlements.

The distributor then sued Unilever in U.S. court in an effort to pressure the company to retain its licensing rights. Several U.S. states had also divested hundreds of millions of dollars in public pension funds from the British conglomerate, citing laws preventing them from doing business with companies that boycott Israel.

Unilever insisted for months it had no jurisdiction over the Ben & Jerry’s decision until it abruptly reversed course this week, saying that, while the board reserved the rights to make decisions about the brand’s “social mission,” its parent company “reserved primary responsibility for financial and operational decisions and therefore has the right to enter this arrangement.”

The Anti-Defamation League, then-Israeli Foreign Minister Yair Lapid and other outside parties played a role in the Unilever negotiations after the ice cream kerfuffle became an international referendum on Israel boycotts in the business world. The Unilever announcement this week was met with praise from pro-Israel groups, many of whom echoed American Quality Products CEO Avi Zinger in calling it “a victory over discrimination.”