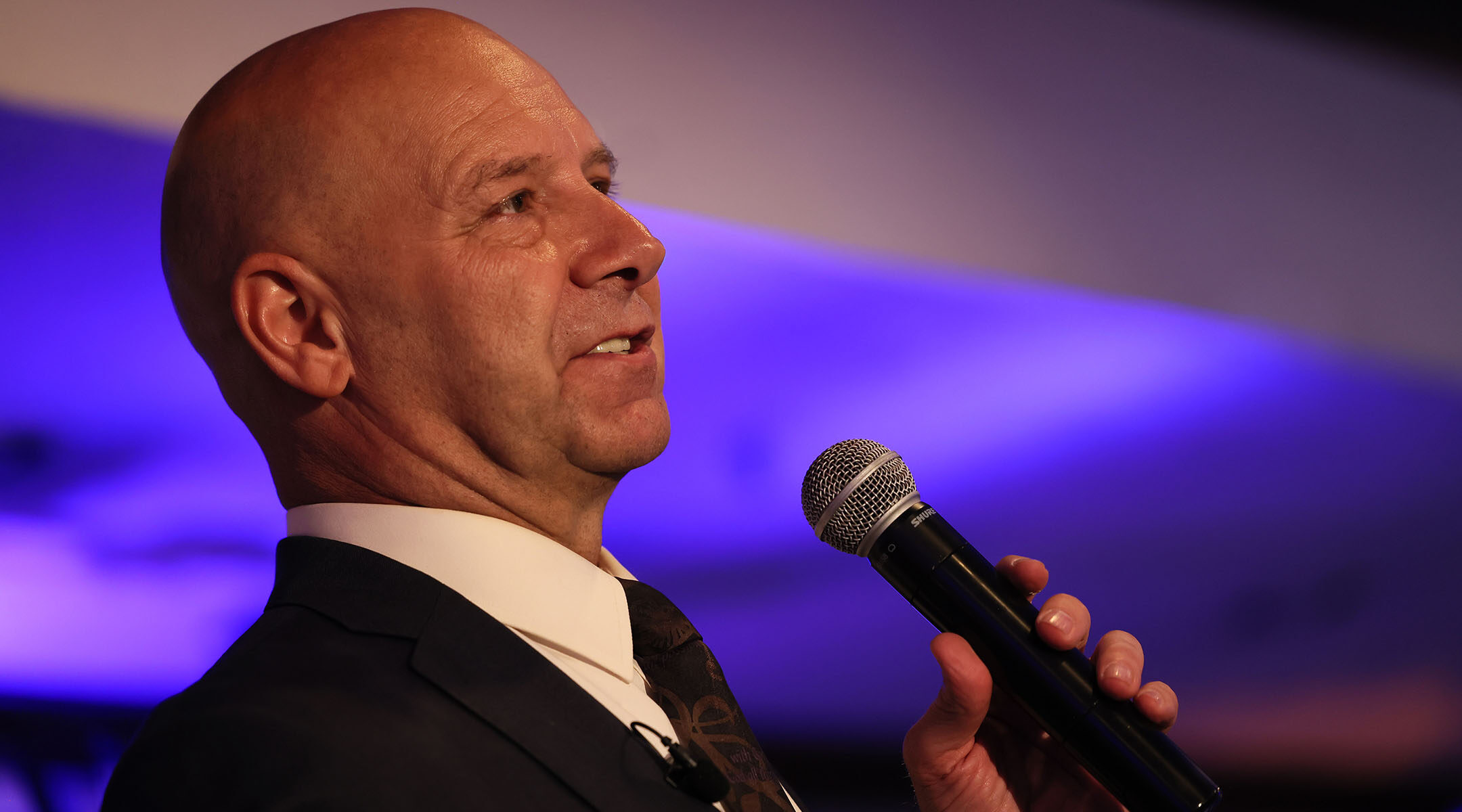 (JTA) — The Republican Jewish Coalition has joined the chorus calling on Pennsylvania’s far-right Republican gubernatorial candidate to stop promoting his campaign on Gab, a social media network favored by extremists.

Doug Mastriano has 38,000 followers on Gab, a self-proclaimed “free speech” platform that hosts content prohibited on more mainstream sites. It grew in popularity after Twitter and other networks cracked down on extremists in recent years. Mastriano has also reportedly paid for “campaign consulting,” which makes new Gab users automatically follow him.

Gab is well known as a hospitable place for antisemitic, racist and anti-LGBT+ content. Gab’s founder, Andrew Torba, left Twitter after posting antisemitic content there; an analysis by the Anti-Defamation League’s Center on Extremism found that antisemitic Gab posts are easily accessible from Twitter. In one notable case, the shooter who killed 11 Jews in their synagogue on Shabbat in Pittsburgh in 2018 regularly used the network.

“Jewish voters expect candidates to condemn antisemitism, whether it comes from the far left or the far right — and to shun those who espouse it,” Matt Brooks, the Republican Jewish Coalition’s executive director, told the Philadelphia Inquirer on Thursday. “We strongly urge Doug Mastriano to end his association with Gab, a social network rightly seen by Jewish Americans as a cesspool of bigotry and antisemitism.”

The Republican Jewish Coalition has spoken out against candidates who embrace extremist views in the past, such as when Reps. Marjorie Taylor Greene and Paul Gosar spoke at a conference of white nationalists in February.

The coalition joins a broad array of groups and individuals denouncing Mastriano, who won the Republican primary in May after receiving support from Democrats who believed he would be easier to defeat than his more moderate rival. He is still seen as a long shot in November’s election but has been climbing in the polls against Josh Shapiro, the Jewish Democrat who is currently Pennsylvania’s attorney general.

“Here are the facts: Doug Mastriano is recruiting extremists on Gab, the same social media platform that empowered the Tree of Life killer to murder 11 Jewish people in a Pittsburgh synagogue,” Shapiro posted to social media Friday, a day after an array of politicians and community leaders held a press conference in Pittsburgh to denounce Mastriano’s Gab usage. “This is far from normal, and cannot be accepted as such. He is dangerous.”