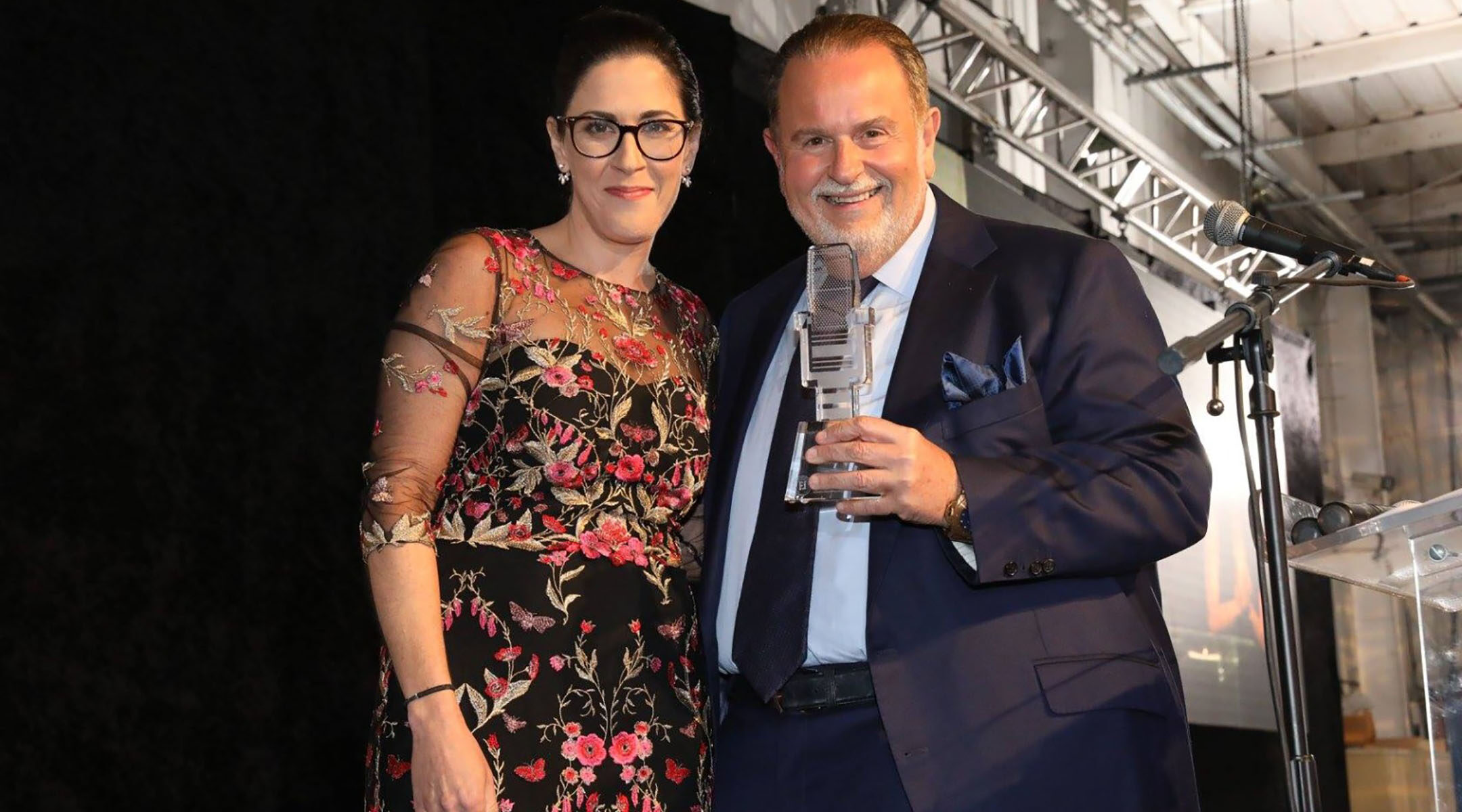 (JTA) — When antisemitic conspiracy theories flooded Spanish-language media in Florida ahead of the 2020 U.S. election, some mainstream news outlets joined in amplifying them — then apologized for doing so.

A new effort initiated by Fuente Latina, a pro-Israel Spanish-language media group launched in 2012, aims to combat those ideas and prevent them from seeping into community discourse.

The Latin-Jewish Media and Entertainment Alliance launched last week with a goal of engaging journalists and influencers who reach Spanish-speaking audiences to portray Israel and the Jewish world accurately.

A prominent Mexican Jewish TV executive, Joshua Mintz, will lead the effort, which Fuente Latino founder and CEO Leah Soibel said in a statement is essential given the efforts underway to tell a different story to Spanish-language news consumers.

Ahead of the 2020 election, for example, Radio Caracol, a well-regarded Colombian radio network, hosted someone who claimed that American Jewish financier George Soros is “the world’s biggest puppet master” and ran a 16-minute paid segment claiming that if Joe Biden won the election, it would lead to a dictatorship in the United States run by “Jews and Blacks.”

The radio station subsequently apologized, as did the Miami Herald newspaper around the same time after it published a column filled with antisemitic and racist material. An editor resigned in that case.

But efforts to import antisemitic and racist ideas into Hispanic communities have continued since, according to Soibel, who said the cost of allowing those messages to take hold could be high.

“In recent years, both Hispanics and Jews have been the targets of disinformation and discrimination campaigns in both legacy media and online platforms,” she said. “Digital animosity often escalates into deadly attacks.”

Fuente Latina has worked to increase media coverage, research and engagement of Latin American Jews about Israel, the Middle East and Jewish issues. Soibel formerly worked at The Israel Project, an effort to promote Israel’s image in U.S. media.

Mintz, the executive tapped to lead the effort, has worked with all of the major Latin American media companies, including Telemundo, Televisa and Univision. His wife, the former telenovela star Sarah Mintz who converted to Judaism and moved with him to Israel, is among the celebrities to have signed on.

Mintz said in a statement that Fuente Latina has a unique role to play in building connections among Spanish-speaking communities, and that doing so is essential to combating hatred against Jews and Latinos alike. A “unity statement’ that is the group’s first concrete action notes that Jews and Latinos rallied in solidarity after a shooter animated by racist conspiracy theories murdered 23 people at an El Paso, Texas, Wal-Mart in 2019 and that similar displays of solidarity are needed going forward.

“The entertainment industry’s responsibility in the fight against inequality is fundamental, which is precisely why this alliance is a big step,” he said. “As media and entertainment professionals, we are uniquely positioned to generate much-needed change, make an impact and take a stand against new manifestations of ancient hatred.”