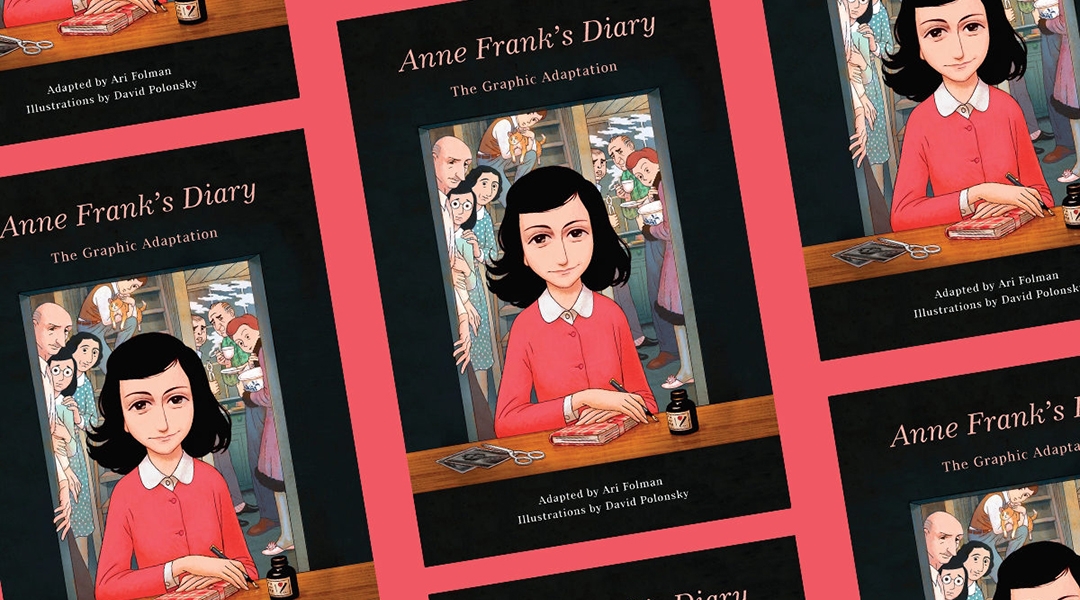 (JTA) – A school district in suburban Fort Worth, Texas, has ordered its librarians to remove an illustrated adaptation of “The Diary of Anne Frank” from their shelves and digital libraries, along with the Bible and dozens of other books that were challenged by parents last year.

The book purge at the Keller Independent School District in Keller, Texas, was requested Tuesday by a district executive in an email, a copy of which was obtained by the Jewish Telegraphic Agency. A copy of the email also circulated on social media.

“By the end of today, I need all books pulled from the library and classrooms,” wrote Jennifer Price, Keller ISD’s executive director of curriculum and instruction.

It was the latest in a string of book removals being implemented at schools at the behest of conservative activist parents and school board members who are challenging a slew of texts on grounds ranging from their LGBT-friendly content to their supposed connections to “critical race theory.” Some of these challenges have ensnared books with Jewish themes in the past.

“It’s disgusting. It’s devastating. It’s legitimate book banning, there’s no way around it,” Laney Hawes, a parent of four children in the Keller district, told JTA about the order. “I feel bad for the teachers and the librarians.”

“Anne Frank’s Diary: The Graphic Adaptation,” by Israeli filmmaker Ari Folman and illustrator David Polonsky, is a 2019 illustrated adaptation of the bestselling diary by the teenage Holocaust victim. The New York Times called the book “so engaging and effective that it’s easy to imagine it replacing the [original] ‘Diary’ in classrooms and among younger readers.”

The parental challenge against the book came in February, and the district initially dismissed it, Hawes said. Hawes, who is not Jewish, is on a list of parents who can be called in to serve on a committee to review book challenges.

“When we got ‘The Diary of Anne Frank,’ we thought, ‘This is a joke.’ But it wasn’t,” Hawes said, adding that the complaint was that “the book shouldn’t be read without parent supervision.” She suspected that the parent may have objected to the unabridged diary’s references to female genitalia, same-sex attraction and other sexual matters, which have been deemed “pornographic” by parental challenges in the past. But she couldn’t be sure because the parent who challenged the book didn’t show up to the meeting.

Hawes’ committee reinstated the book and thought that would be the end of the saga. But following school board elections in May, right-wing activists backed by campaign funds from a PAC affiliated with conservative cell phone company Patriot Mobile gained a majority on the board. They are now rewriting the guidelines for responding to parental book challenges and have ordered all challenged books from last year to be removed from school libraries in the meantime.

“Right now, Keller ISD’s administration is asking our campus staff and librarians to review books that were challenged last year to determine if they meet the requirements of the new policy,” the district said in a statement to JTA when reached for comment. “Books that meet the new guidelines will be returned to the libraries as soon as it is confirmed they comply with the new policy.”

The district’s statement made no mention of Anne Frank, nor of the Bible, which was one of last year’s other challenged books in the district and thus will presumably also be removed from school shelves. Other books which will presumably now be removed include Toni Morrison’s “The Bluest Eye,” Alison Bechdel’s “Fun Home” and Jon Ronson’s “So You’ve Been Publicly Shamed.”

The district has not shared any timeline for when the new review policy will be implemented. Under the current policy, any district parent, employee or “District resident” may challenge any book in the district “on the basis of appropriateness.”

“The sweeping attempt to remove these titles from classrooms and libraries on the eve of a new school year is an appalling affront to students’ First Amendment rights,” Jonathan Friedman, the organization’s director of free expression and education programs, said in a statement. “It is virtually impossible to run a school or a library that purges books in response to any complaint from any corner.”

The Keller district was the subject of a 2021 investigation by the Texas Education Agency, during which Republican Gov. Greg Abbott alleged the district was making “sexually explicit” books available to children.

“This group of people elected to our board, and the crazy parents behind them, decided that the committees must be rigged,” Hawes said, describing parents who would attend school board meetings alleging “conspiracies to take over our public schools,” wearing shirts reading “Alex Jones Was Right.”

Hawes, who said she had become an unofficial activist for district teachers and librarians who felt unsafe speaking out about such policies, said she had been contacted by more than a dozen educators the morning the email went out.

One teacher called her in tears. “She said it: ‘I can’t even let them read ‘The Diary of Anne Frank.’”