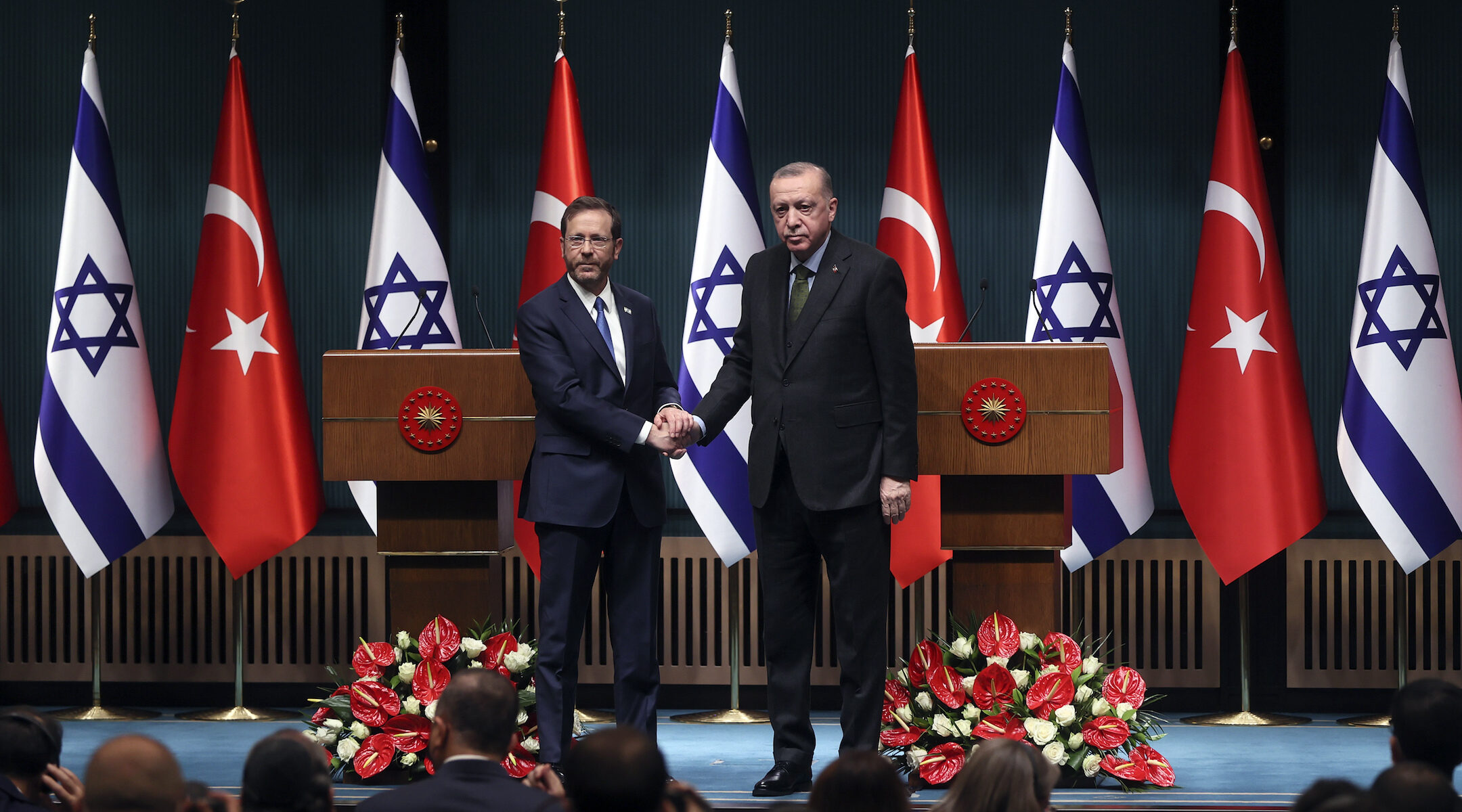 (JTA) — Turkey and Israel will return ambassadors to their countries ending a four-year rupture as each country seeks to expand ties and influence in the Middle East.

The agreement follows a visit to Ankara in March by Israeli President Isaac Herzog, who met with Erdogan.

It was Erdogan who initiated a suspension of ties after violence flared on the Israel-Gaza border following the Trump administration’s decision to move the U.S. embassy to Jerusalem in 2018.

Ties were previously strained in 2010 after Israel’s deadly raid on a Turkish ship, the Mavi Marmara, which sought to breach Israel’s blockade of Gaza, but Israel and Turkey had reconciled in 2016.

Israel is seeking to build on the 2020 Abraham Accords, which normalized relations with four Arab countries. Turkey wants to be part of Israeli-led plans to explore energy sources in the Mediterranean and is also seeking to repair ties with countries in the region unsettled by revolution and repression since the explosion of the Arab Spring in the early 2010s.