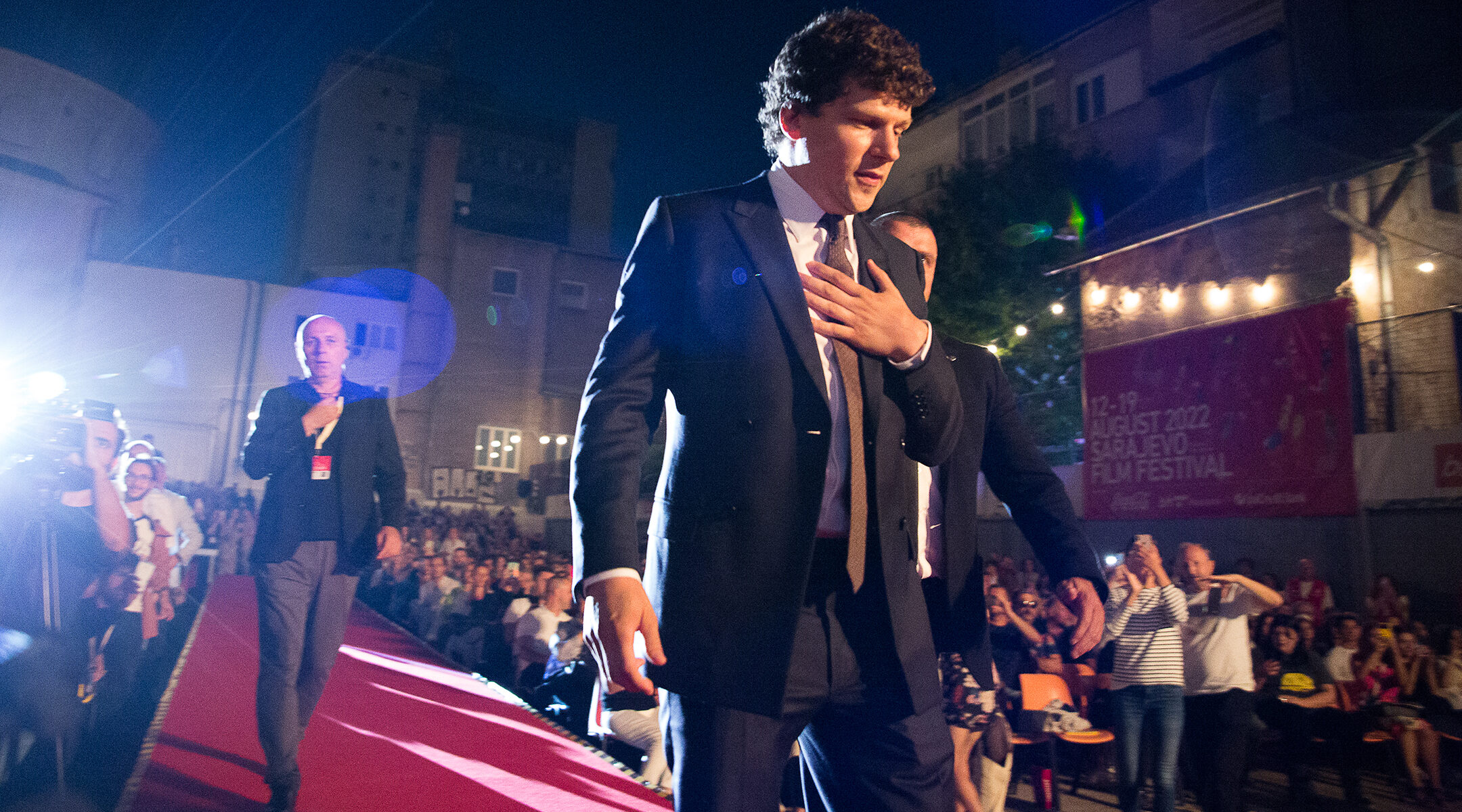 “A Real Pain,” which will star Eisenberg and Kieran Culkin, will begin shooting in Warsaw in March, Screen reported on Wednesday.

After their grandmother dies, according to a description in Screen, Eisenberg and Culkin’s characters try to learn about her past, and their journey — which involves joining a Holocaust-themed tour — brings up questions about pain and trauma in a modern context.

“I’m trying to ask the question is modern pain valid against the backdrop of real historical trauma,” Eisenberg, who traces his Jewish family roots back to Poland and Ukraine, told Screen. “I think I’m speaking to the experience of people [in their 30s] who go back and it’s foreign to them – and now suddenly real.”

Eisenberg — who has branched out into playwriting and other theater work since his best-known performance as Mark Zuckerberg in the 2010 hit “The Social Network” — has explored the themes of the Holocaust and how it’s connected to his contemporary experience before. In the 2013 play “The Revisionist,” which he wrote and starred in off-Broadway, Eisenberg played a science fiction writer who travels to Poland to find a quiet place to finish editing a manuscript. He stays with a 75-year-old cousin who talks about the trauma she suffered both in the Holocaust and in under the Stalinist regime after the war.

The play was based on a real experience Eisenberg had meeting a relative in Poland, the New York Jewish Week reported at the time. The play’s artistic director told the Jewish Week that Eisenberg was interested in exploring how young people today are “curious about the Holocaust but not aware of its profundity.”

In the 2020 biographical drama “Resistance,” Eisenberg played the famed French-Jewish mime Marcel Marceau, who fought with the French Resistance in World War II. He has played other Jewish characters, too: in 2010’s “Holy Rollers,” he plays a young Hasidic Jew who becomes a drug dealer. Last year, he was cast as a lead in the upcoming TV adaptation of “Fleishman Is in Trouble,” the 2019 novel by Taffy Brodesser-Akner about a Jewish man’s middle-age crisis.

Speaking to Screen about the upcoming film’s main characters, Eisenberg said: “They have a funny, fraught relationship; it’s a bittersweet story, as we realize maybe we don’t fully belong together, but against the backdrop of this incredibly dramatic history.”