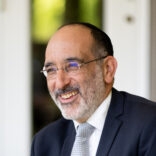 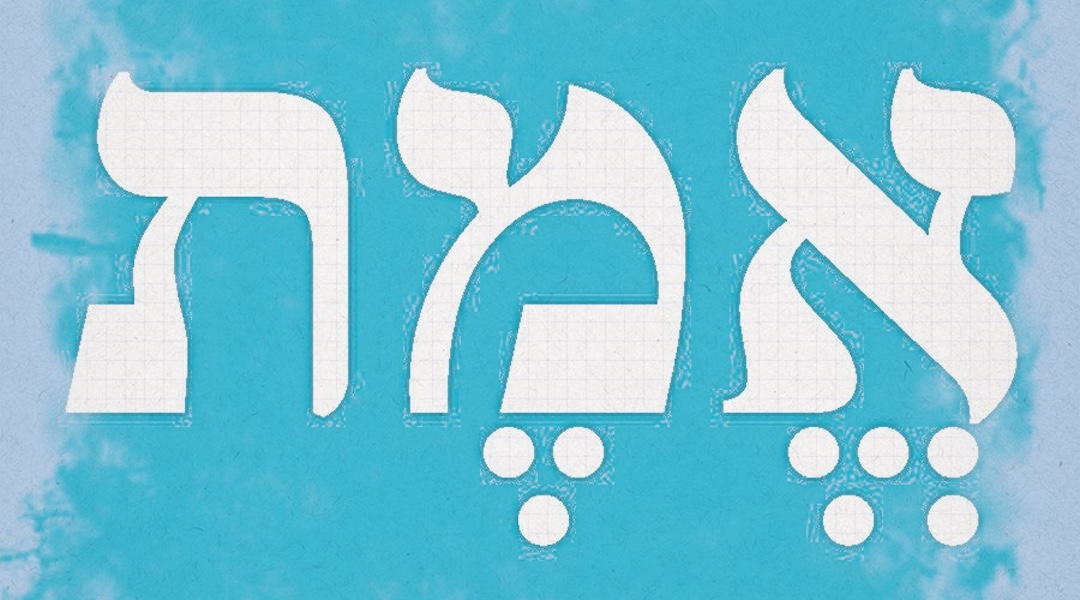 "Emet" is the Hebrew word for "truth." (JTA graphic)
Advertisement

(JTA) — In a recent Jewish Telegraphic Agency column, Andrew Silow-Carroll identified a trend in American Jewry, which he described as “fictionalism.” In the article, he defines it as “pretending to follow a set of beliefs in order to reap the benefits of a set of actions” and cites the philosophy professor Scott Hershovitz, who explains that he fasts on Yom Kippur and observes Passover even though he doesn’t believe in God.

“It’s just what we Jews do,” Hershovitz explains. “[I]t keeps me connected to a community I value.”

For fictionalists, God is a useful fiction, and Jewish practice has value only in its pragmatic utility. As Hershovitz puts it: “When it feels like the world is falling apart, I seek refuge in religious rituals — but not because I believe my prayers will be answered.”

This trend requires a well-thought-out, clear response because of the serious problems it presents.

Firstly, denial of God’s existence or the truth of the Torah’s narrative is utterly incompatible with Judaism itself.

Take, for example, the Passover seder. According to fictionalism, the Haggadah that parents read to their children is the equivalent of a collection of the writings of Hans Christian Andersen. “We were slaves to Pharaoah in Egypt, until the Almighty, the Holy one blessed is He, took us out.” Welcome to Hansel and Gretel: “Once upon a time …”

When we read the about the Exodus — when we tell our children that our ancestors were slaves in Egypt and that God liberated us with miracles — that is a fraud, according to the fictionalist.

This approach drives a dagger through the heart of Passover and places Jewish parents in an invidious position. When do you tell your children that the story of the Exodus is one of the greatest frauds of history, perpetuated by generations of Jewish parents and grandparents? Should the seder night begin with a disclaimer: none of what you are about to hear is true?

The point is, if you remove God from Judaism it ceases to be recognizable as such. When we say “may the Omnipresent comfort you” at a funeral , or “God who blessed bride and groom” at a wedding, or “God created the world in six days and rested on the seventh” during Kiddush, or “God is one” every morning and evening, and on our deathbed — these are all just fictions? If so, Judaism is meaningless; it becomes a system based on falsehoods.

Strip away the psychobabble, and these aren’t just “useful fictions” or “principled self-deceptions” — they are, simply, falsehoods. And, who wants to live a lie?

This brings us to the second major problem with the fictionalist approach to Judaism — it is a formula for the self-implosion of the Jewish people. If Judaism is a fairytale, then we must not be surprised when our children discard it along with the Tooth Fairy when they grow up, dismissing it as just another tale to make their childhood more charming. Why should they live a delusion? Why should they pay any more attention to their heritage than the “Magic Faraway Tree”?

A new generation of Jews is being born into a world overflowing with real, compelling and competing ways of thinking and living. Fed a Judaism that is a quaint cultural relic, a fairytale of false claims, they have quite naturally concluded that it can be jettisoned at a whim. That is why we are hemorrhaging young Jews, who are exiting our people in droves, raising questions of who and what will be left.

The only form of Jewish identity that has proven itself capable of surviving more than a few generations is one rooted in the complete embrace acceptance of the truth of all the factual claims made by Judaism, including belief in God and His authorship of the Torah. Throughout our long history no Jewish community has ever survived without a belief in the foundations of our faith. A pretend Judaism won’t cut it. Only the real thing is worthy of us and our children — and a guarantee for a bright Jewish future.

So where does this leave us? As a first step, we need to acknowledge the problem: that the fictionalist approach is both incompatible with Judaism, and unsustainable. This means that we cannot accept with equanimity the trend of fictionalism, and become comfortable with this as the new normal.

We need to formulate an appropriate response. There are many proud Jews with genuine doubts about their heritage, and genuine crises of faith. The answer is not for us to reject those who harbor those doubts. Neither should those doubters give up hope in faith, or shape their doubts into a new philosophy which celebrates the falseness of Judaism. The only way forward is to engage directly and honestly and fearlessly with doubt, embracing the struggle to find faith, and make that the goal. There are many who have grappled with these issues — and have discovered their faith through intellectual inquiry and rational argument, rather than discarded it.

Judaism makes specific truth claims about the world and the nature of reality, and these claims are supported by rational inquiry. We must discover the compelling evidence, and the powerful philosophical, scientific and historical proofs for the authenticity of the Torah, and its claims about the existence of God, and all He did: the creation of the universe, the Exodus from Egypt and the giving the Torah to the Jewish people at Sinai with the mission to observe its mitzvahs forever. For thousands of years, up until around 150 years ago, the vast majority of Jews did not dispute these historical truths.

Rabbis need to address matters of faith head on. This has been my experience both as a synagogue rabbi as well as from the almost 18 years that I have served as the chief rabbi to the South African Jewish community. People are searching for truth. We need to articulate with absolute clarity that belief in God and the authenticity of the Torah are indispensable to Judaism. We need to present all of the many rational and scientific arguments to uphold these claims. We need to be fearless and unapologetic about the fact that God exists and that He gave the Jewish people the Torah at Sinai, and how these claims are substantiated with compelling arguments and evidence. But we need to do this with love and kindness — not anger and aggression.

And we need to teach Torah to as many Jews as possible as often as possible. A path to rich, authentic faith lies in learning Torah. Our sages (Midrash Eichah, Petichta 2 based on Jeremiah 16:11) tell us that when we feel distant from God — even to the point of losing faith — learning Torah, with dedication and depth, offers us a way back, a means of knowing God and locating our values and identity, and connection to Him.

And there is hope. The very fact that those who have adopted fictionalism are so drawn to the mitzvah experiences of the Torah despite not believing shows how even they find the system so attractive. It is remarkable that the Torah’s way of life is so compelling thousand of years after it was introduced to the world that even people who think it is based on false claims cannot let go of it.

The Passover seder as the model of generational transfer of values and narrative; Yom Kippur as an immersive, cathartic experience of personal growth and accountability; Shabbat with its laws that create the space to rediscover and reconnect with ourselves and our loved ones. How did these and all our other mitzvahs survive with us for thousands of years, and yet still feel as relevant as they were thousands of years ago? This inexplicable phenomenon gives us a glimpse of the Divine author of it all. And it is the bridge waiting for the fictionalists to make the journey over to a world of faith.

Rabbi Warren Goldstein
is the chief rabbi of South Africa and founder of the global Shabbat Project, and holds a PhD in human rights and law.
The views and opinions expressed in this article are those of the author and do not necessarily reflect the views of JTA or its parent company, 70 Faces Media.