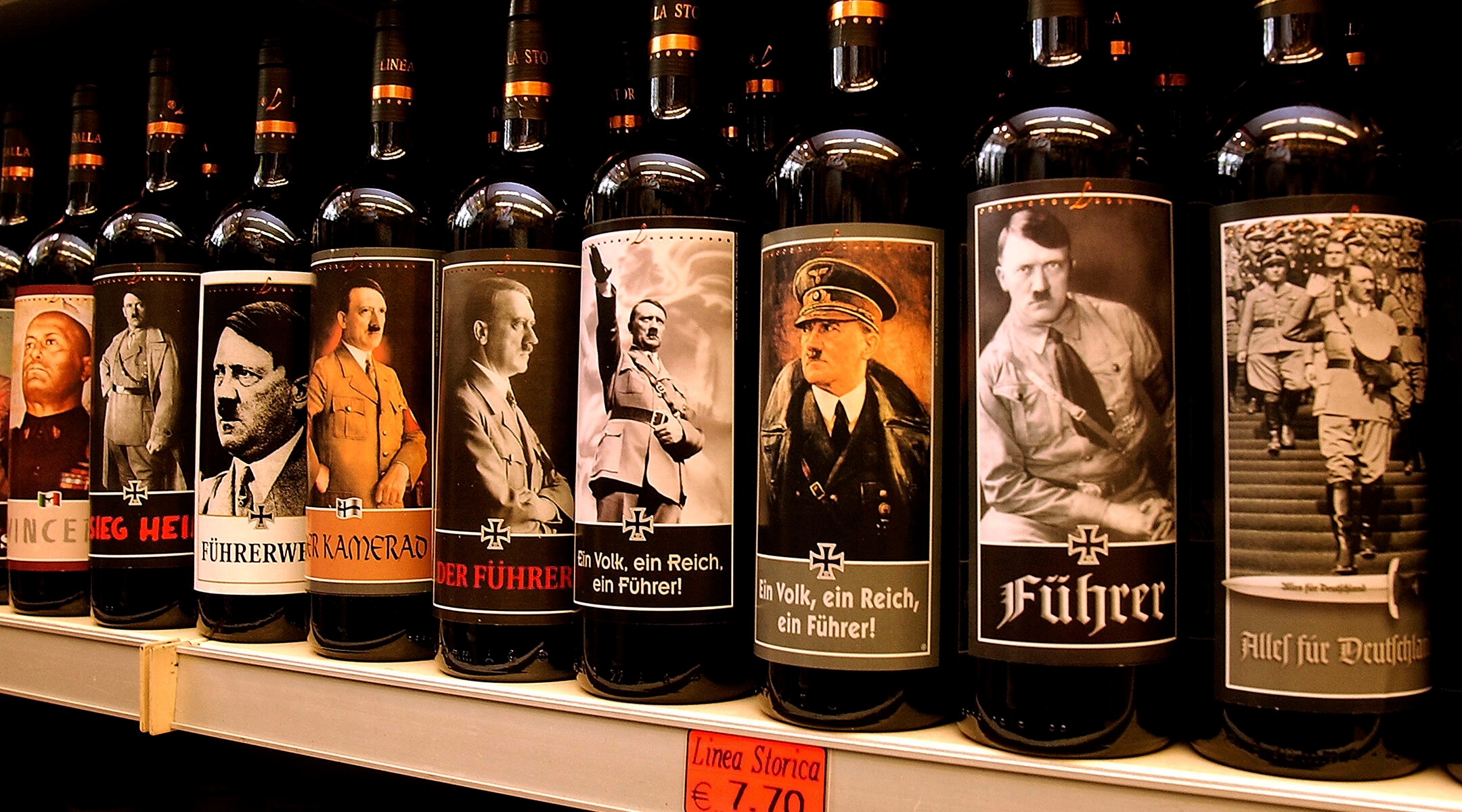 VENICE (JTA) — The heir to an Italian winery that has long produced an Adolf Hitler varietal says he will be putting a cork in its “historical” series of wines next year.

“That’s enough. We’re sick and tired of all this controversy,” Andrea Lunardelli, who expects to take over Vini Lunardelli in early 2023, told an Italian newspaper this week. “So from next year, the whole historical line with labels of people like Hitler and Mussolini will disappear.”

If Lunardelli goes through with his promise, it would bring to an end a three-decade line of Nazi-themed business for his family’s company — and to waves of criticism, including from Jewish groups, that have accompanied it.

The wines have long generated outrage as well as official censure. In 1997, the German government lodged several complaints, and 10 years later Italian police seized bottles from the business in an effort to “minimize fascism’s propaganda.” But a month later, an Italian judge determined they were legal to sell.

In 2012, a Jewish couple on vacation from the United States raised alarm about the wines, triggering an inquiry by Italian prosecutors. The Simon Wiesenthal Center, the Holocaust memorial organization and antisemitism watchdog, has repeatedly condemned the Italian government for permitting the items and in 2013 called for a boycott of the company.

The latest wave of criticism began earlier this month after a tourist in Jesolo, a seaside resort 20 miles from Venice, came across the bottles in a grocery store and posted about them on Facebook.

“A shock! In an Italian supermarket! The bottles are very popular with German holidaymakers, the saleswoman explained with a laugh,” the woman wrote, according to Heute, an Austrian news site. “Supposedly it’s been around for years! But for me, it was new, and I couldn’t believe it!”

The wines cannot be sold in most European countries, including Germany and Austria which have stringent laws prohibiting the sale of products or memorabilia celebrating Nazism. But they are sold in supermarkets across Italy and online.

The Sunday Times in Britain followed up on the viral post with a column titled “Vine Kampf: Hitler wine for sale in supermarkets,” a play on the title of Hitler’s infamous manifesto. Vice World News also covered the episode, securing an interview with Andrea Lunardelli, who said the wines represented “a nice joke” because Hitler was well known as a teetotaler.

“Whoever buys [the Hitler wine] is a collector, or remembers history, or wants nationalism against the current policies of multinationals… not against Jews,” he told Vice.

Germany’s Jewish Forum for Democracy and Against Antisemitism has intervened in the past, trying to stop the sale of the wines.

“The marketing strategy is disrespectful to all victims of the Nazi regime and their descendants,” the Jewish group said in a statement to Vice World News.