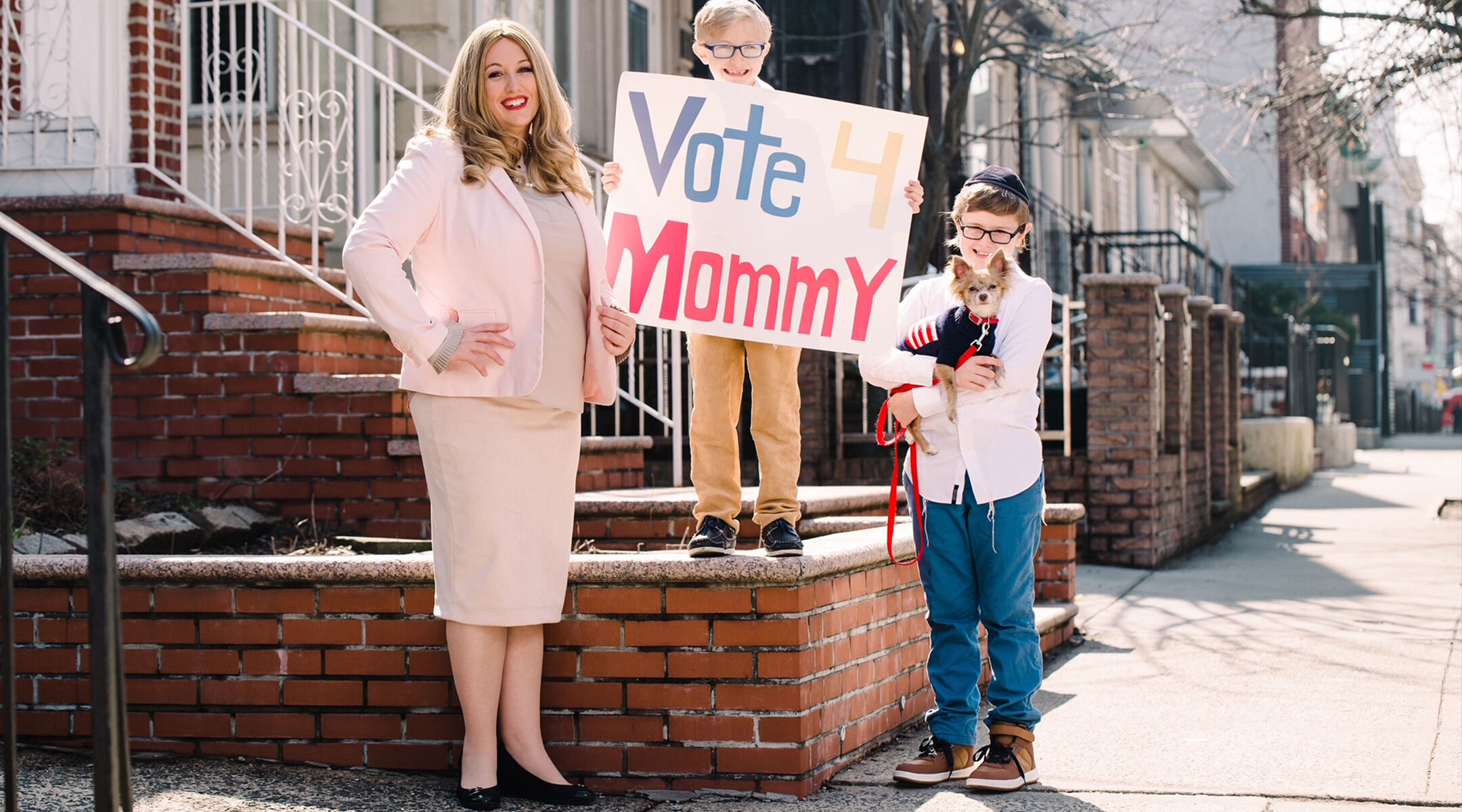 Amber Adler, 38, will run as a Democrat for the City Council’s 48th District, which encompasses Brighton Beach, Midwood, Manhattan Beach and parts of Coney Island.

“The community is suffering,” Adler told the New York Jewish Week, referring to issues of poverty, crime and cleanliness. “Across the community, it’s all I hear when I’m out. A downpour of complaints, people begging for help.”

In an interview, Adler said she is running on a campaign of “safety, unity and prosperity,” while making the case that the incumbent, Republican Inna Vernikov, has been “divisive” since she was elected in December 2021.

Should they both end up in the general election next year, it would pit two Jewish women against each other in an Orthodox district of Brooklyn that leaned toward Donald Trump in 2016 and where Orthodox women are discouraged from taking on public leadership roles.

Adler is acutely aware of this fact, saying that she faced harassment and death threats when she ran for City Council last year. “Other people who weren’t Orthodox, they didn’t have the same attacks that I did,” Adler said. “While it would be two women running, I do think that in comparison I will most likely get the brunt of the excessive harassment and dangerous behaviors.” Vernikov, 38, is Jewish, but not Orthodox.

ICYMI: I am running for New York City Council, District 48 in Southern Brooklyn.

In the 2021 primary, Adler lost to incumbent Democrat Steve Saperstein, winning 17 percent of the first round vote and placing third in the fifth round of ranked choice voting. Vernikov, who both supported and was supported by Trump, easily beat Saperstein in the general election that November, with 61.5% of the vote.

The incumbent councilmember has built a name for herself over the last year as a staunch conservative. She has appeared in photos with Trump and is a regular guest on Fox News.

Vernikoff pulled $5,000 in discretionary funding for the Museum of Jewish Heritage in Manhattan after it canceled its contract with a Jewish conference that would have featured Republican Florida Gov. Ron DeSantis. She has also attended rallies against vaccine mandates.

“There is a problematic growing divide amongst the cultural communities of the district,” Adler said. “It’s from a lot of divisive rhetoric that [Vernikov] is consistently using. It’s a dangerous predicament.”

When asked about Adler’s comments, Vernikov, whose immigrant family left Ukraine for America in 1996, told the New York Jewish Week that she has “no comment.”

Vernikov has advocated for Jewish students at the City University of New York, organizing a hearing with other Council members to discuss reports of antisemitism within the school system. In addition, she led fundraising efforts in New York to help Ukraine when the war first broke out in March.

Adler first rose to prominence in 2016 as an agunah, or “chained” wife, whose estranged husband would not grant her a get, or a Jewish divorce. Without a get, she could not marry again under Jewish law.

Adler became an activist on the issue, holding rallies with hundreds of people and pushing legislators to pass a bill to make coercive control a crime. This includes emotional abuse that Orthodox advocates say is typical in get refusal cases.

“It’s horrific to feel trapped,” Adler said. “You can’t make someone let go of you. It’s definitely left me with a lot to think about when it comes to dating or marrying again. It leaves you with a lot of scars.”

In her professional life, she has held multiple fundraising jobs, including work with several New York City mayors. She was the chief of staff for the International Center for Autism Research and Education, among other titles.

Locally, she is the chair of the Neighborhood Advisory Board in her district.

Adler’s main concern as a candidate would be rising antisemitic hate crimes within the community, and says she is “very supportive of law enforcement,” but also wants to focus on prevention through education.

Adler has already received multiple endorsements, including one from New York State Assembly member Mathylde Frontus, who represents Coney Island and other parts of Brooklyn.

“Amber is a tireless fighter for our communities and believes in bringing people together,” Frontus said in a statement. “I trust her leadership to address the many issues facing southern Brooklyn families during these uncertain times.”

Adler said that she incorporates Jewish beliefs and was worried about “lashon hara,” or speaking badly about someone, when it came to criticizing Vernikov.

“If I can’t back up a fact, I won’t be speaking about it,” Adler said. ““I believe that my faith keeps me on a good path forward.”