This High Holiday season, a Twitter ‘Repentance Bot’ wants to teach people how to apologize for real 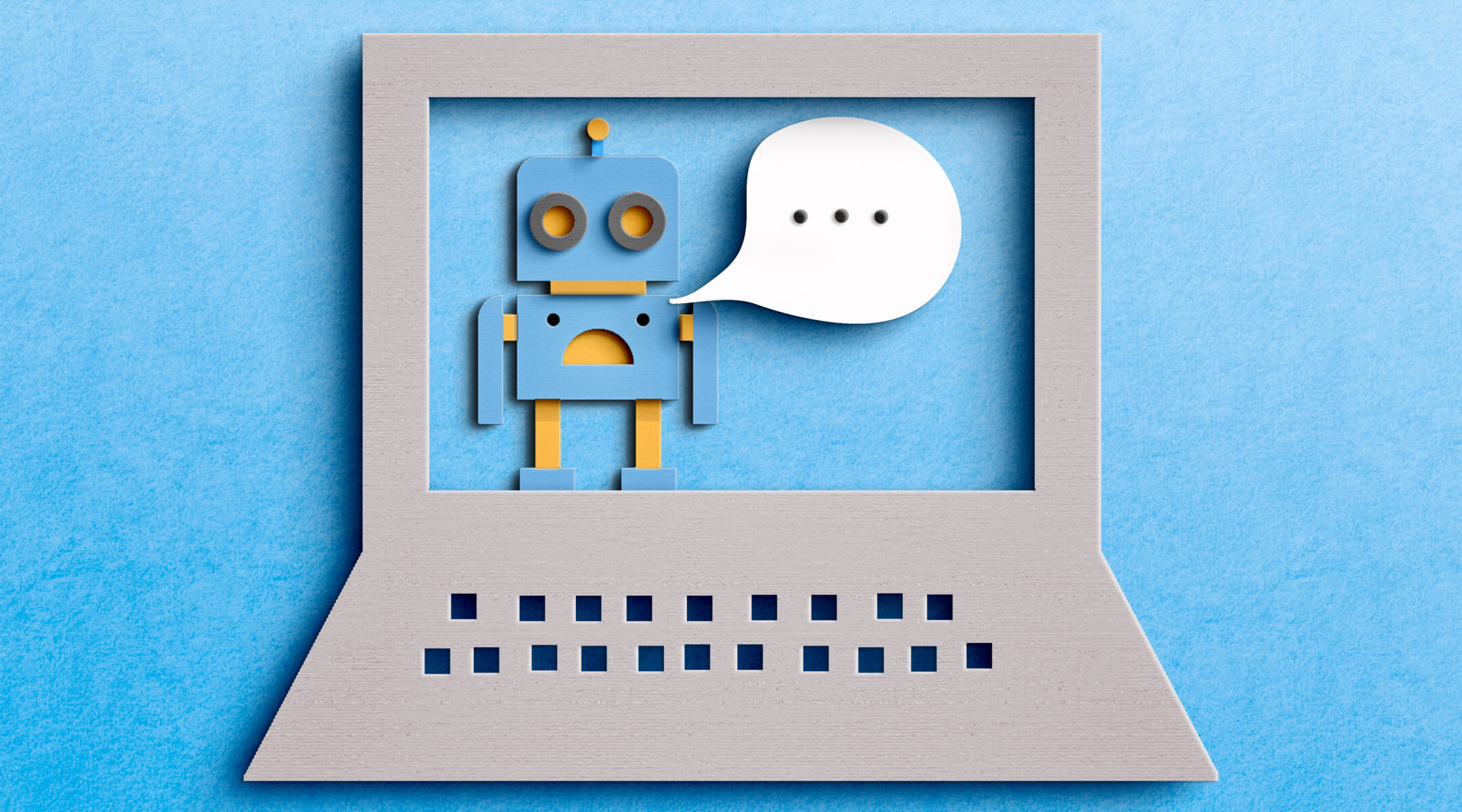 Inspired by lessons from Rabbi Danya Ruttenberg's new book, "On Repentance and Repair", the Repentance Bot is an experiment in public education around apologies. (Carol Yepes / Getty)
Advertisement

(JTA) — Move over, tashlich: Twitter is the new place to atone, thanks to a bot programmed by Jewish coders who want users to apologize better.

While the tradition of symbolically throwing bread, representing sins, into a body of water may be a more familiar High Holiday custom, a new Twitter bot aims to address “fauxpologies” on social media.

“Repentance Bot” allows users to tag the account when they see an apology that they believe falls short. The bot then replies to the apology with encouragement to do better and a comic strip laying out five steps to take to do so.

The steps are those laid out in Rabbi Danya Ruttenberg’s forthcoming book, “On Repentance and Repair: Making Amends in an Unapologetic World.” Out next Tuesday, the book uses the traditional Jewish concepts taught by the 12th-century Jewish philosopher Maimonides to discuss contemporary issues of surviving violence and lays out a framework for making amends in a meaningful way.

Repentance Bot is meant to distill some of the lessons from the book and make them visible, Ruttenberg said.

“We live in a culture where people do not have a roadmap when harm is caused,” Ruttenberg told the Jewish Telegraphic Agency. “This is basically an experiment in public education, to try to see if we can move the culture towards showing people what taking responsibility and making change looks like.”

In one recent example, Repentance Bot was tagged underneath a video of the athletic director of Brigham Young University addressing fans after a Duke University volleyball player and her other Black teammates were attacked with racial slurs during a game against BYU.

“You’re a 10, but you need some help doing the work of repentance and accountability,” reads the tweet, which references a recent meme and is followed by the cartoon.

Unlike some Twitter bots that call out bad behavior on social media, including @RacismDog and its now-defunct cousin, @AntisemitismCow, Repentance Bot aims to do more than name and shame. It launched on the first day of the Jewish month of Elul — the last month of the Jewish year and the beginning of a period of reflection ahead of the High Holidays of Rosh Hashanah and Yom Kippur, the Jewish New Year and Day of Atonement — and is meant to help people improve themselves.

The ideas and prayers of Yom Kippur lend themselves to innovation, said David Zvi Kalman, who created an online Jewish confessional booth, AtoneNet, that offered an early intersection of ancient Jewish practices and contemporary digital tools.

Reboot, the Jewish arts nonprofit, offers 10Q, an annual online questionnaire that stores responses securely for a year, then returns them by email the following year to facilitate respondents’ reflection on their personal growth. And the Yom Kippur-themed eScapeGoat (also known as @Apologybot) appeared on Twitter in 2013 and would “collect” users’ sins when tagged.

That bot was created by Russel Neiss, a Jewish technologist and educator who coded Repentance Bot and worked with the Jewish digital consulting company Tiny Windows to produce it on Ruttenberg’s behalf.

Repentance Bot, as with many similar bots, has a sense of humor. It is meant to be “fun and funny,” while also serving as an educational tool, said Ruttenberg, who last month announced that she would be donating to the National Survivor Network to begin to make amends for personally benefiting from a Jewish foundation tied to sex offender Jeffrey Epstein.

“People will engage with it to have a little fun with it as well as trying to do meaningful public education,” she added.

In one meta-example, Repentance Bot had published a tweet in a robotic font that was not compatible with ALT text, an HTML attribute that allows for verbal image descriptions. Visually impaired readers may rely on a program that reads ALT text aloud, and if there’s no ALT text, they may not be able to interact with the text or image at all. Repentance Bot learned of the incompatibility and wrote an apology note for the error, along with an updated version of the previous tweet and a promise to “teach other bots this important human factoid.”

BEEP! We are grateful to @Bi_Bicyclist for teaching us that alternate fonts do not work well with screen readers. BOOP! We have changed the pinned tweet accordingly and will teach other bots this important human factoid. BEEP! ♥️🤖♥️

Those vows reflect the to-do list in the bot’s comic strip, which begins with taking responsibility without making excuses and ends with making a different choice in the future.

Repentance Bot is about “distilling [apologies] down to really oversimplified, easy steps,” Ruttenberg said. “And they’re not easy. None of those steps in real life are easy.”