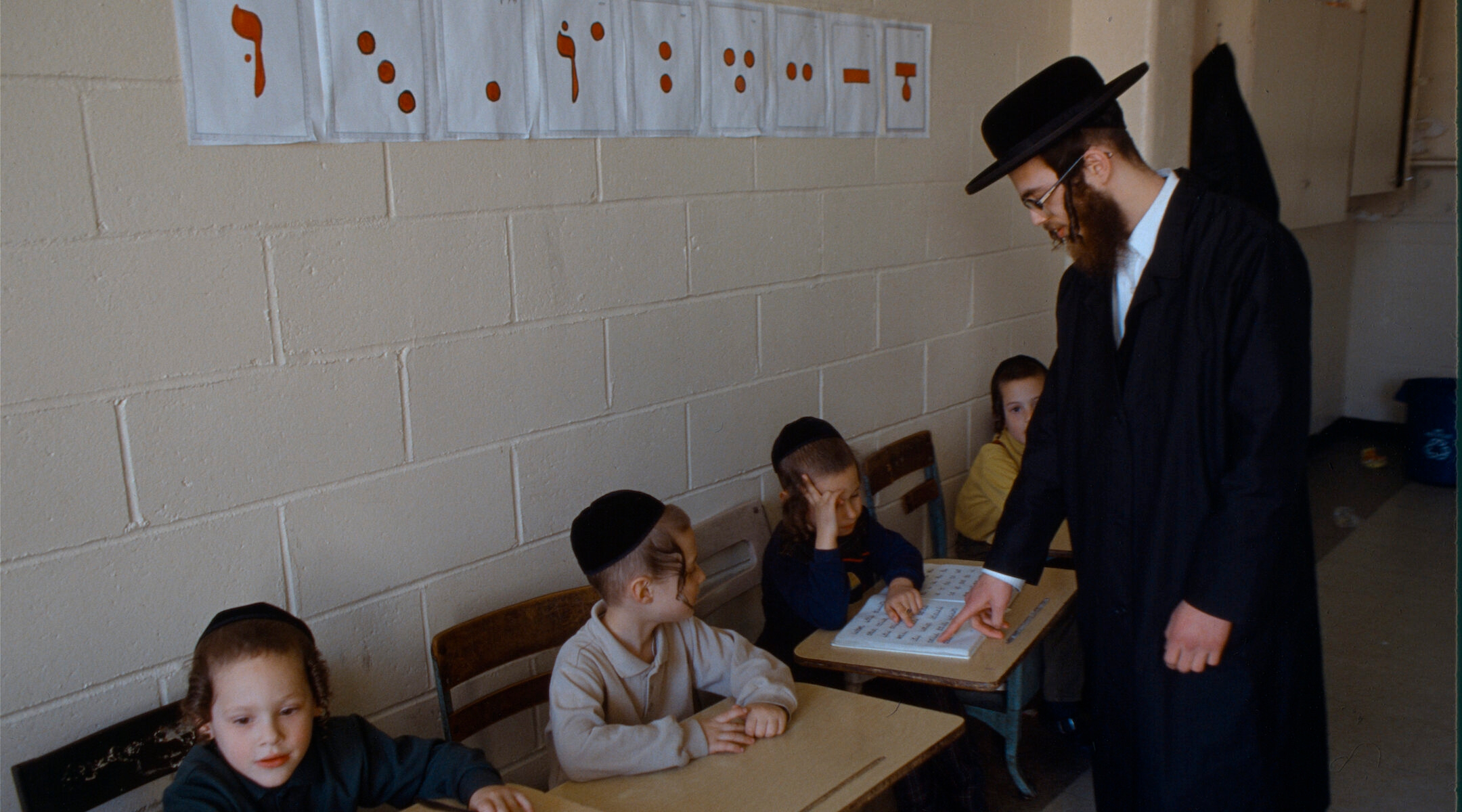 (New York Jewish Week) – Nearly four years after they were proposed, final revisions to the New York State Education Department’s regulations for secular education at yeshivas and other non-public schools are expected to go to a vote by the state’s Board of Regents next week.

The “substantial equivalency” regulations offer several options for New York’s private schools to prove their secular education is on par with instruction in public schools.

The debate over the teaching of math, English and other secular subjects at yeshivas has roiled the Hasidic Orthodox Jewish community, which this week braced for a forthcoming New York Times investigation that is expected to expose deficiencies in the yeshiva curriculums.

Advocates for the yeshivas have already denounced the article, before its publication, as an attack on the Orthodox community, while advocates for improving secular education at the Jewish schools say its conclusions, like the state guidelines, are long overdue.

The intensity of the yeshiva debate was reflected in the whopping 350,000 public comments received during a two-month period after the proposed guidelines were released in March.

Briefing reporters Friday morning in New York City, Education Department officials said many of the comments were supportive of the proposed regulations and appreciated the addition of a “multiple pathways” approach, which provides six options for schools to prove substantial equivalency. These include reviews by local public school authorities, NYSED-approved assessments in core secular subjects or an accreditation by an approved accreditation organization.

However, according to the Education Department, the “majority of comments expressed philosophical opposition to state regulation of non-public schools.”

Such sentiment have been widely expressed in much of the Orthodox Jewish community. In March, Agudath Israel of America, which represents haredi Orthodox interests, issued a statement saying the guidelines did not take into account “the educational value of religious study.”

Per the regulations, the Education Department expects schools to choose their pathway for determining equivalency by the beginning of the 2023-24 school year, with reviews of non-public schools being completed by local school authorities by the spring of 2025.

Friday’s briefing, however, strictly focused on clarifying the criteria and process for determining whether substantially equivalent instruction is being provided in private schools. These clarifications, according to the Education Department, are “non-substantial.”

One such clarification allowed that schools that choose the assessment test pathway, for example, will not be subject to review by a local school authority. Another determined that a commissioner can extend the timeline for non-public schools to demonstrate they are substantially equivalent if they are showing good faith progress towards achieving that equivalency.

If implemented, these guidelines will affect instruction at New York City’s yeshivas, where much of the day’s instruction is dedicated to the study of Jewish texts and religion. Young Advocates for Fair Education, or YAFFED — a non-profit organization that advocates for improving secular education in hasidic and ultra-Orthodox yeshivas — released a study in 2021 finding that fewer than one-fifth of students at the city’s 127 yeshivas tested proficient in math and English. The study was based on data collected by the state Education Department.

In its briefing, the Education Department addressed possible misconceptions and noted that the regulations are not meant to single out any one group, or to regulate religious instruction.

Still, Naftuli Moster, the founder and executive director of YAFFED, told the New York Jewish Week that the organization “wants to see these regulations pass, because we see it as a step in the right direction. It will greatly enhance the ability of the state, the local school districts and YAFFED to hold these non-compliance schools accountable.”

“We also believe that in its current form, there are some significant loopholes that must be closed,” he added.

The votes on these regulations on Monday and Tuesday come seven years after an original petition was filed by YAFFED to investigate the schools. It also arrives against a backdrop of increasing controversy surrounding the Times’ yet-to-be published story on the state of yeshiva education.

Sources in the Hasidic community have learned that the investigation will show that “students in these schools are deprived of education unlike students anywhere else in New York.”

The two journalists working on the project — longtime education reporter Eliza Shapiro and Pulitzer Prize-winner Brian Rosenthal — have spent nearly two years interviewing more than 275 people; reviewing documents from some of the schools and assembling a picture of the public funding that flows to the yeshivas, according to an email they sent to sources this week soliciting last-minute comments.

Simcha Eichenstein, a Hasidic State Assembly member from Borough Park, Brooklyn, published a column in the New York Sun on Wednesday attacking the investigation and rebutting its conclusions. “The summary makes clear that the forthcoming article in the Times will defame an entire community based on sometimes anonymous critics, cherry-picked data, and outright lies,” he wrote.

“People in our community see straight through this,” he added. “It’s just basic lies and inaccuracies, not even understanding the school system, not understanding that some of these are separate schools. I really believe this is a hate-driven hit piece.”

In recent days, opinion pieces have appeared in mainstream media litigating the forthcoming New York Times investigation. Some of them said they had reviewed a summary of the investigation’s findings shared with sources by the two reporters who worked on it.

Writing in the New York Post, the Jewish philanthropist Michael Steinhardt argued in favor of strengthening secular education in yeshivas, saying that criticism of reform advocates as antisemitic is “beyond outrageous.” Steinhardt, best known for his support of Birthright Israel and Hebrew-language charter schools before his reputation was marred by sexual harassment allegations, wrote, “It troubles me deeply that so many Hasidic leaders have chosen a path that rejects the Jewish tradition of educational excellence and instead leads to poverty, dependence and an inability to contribute meaningfully to the world.”

In Tablet Magazine, editor Liel Liebovitz lambasted the New York Times, adding that by some measures, yeshiva graduates are better off than graduates of public schools, which he painted as almost uniformly terrible. “What we need is a committee of Hasidic rabbis investigating New York’s failing public school system and offering ways to imbue it with the moral and ethical education it currently lacks and which it so clearly and desperately needs,” he concluded.

In the email the Times journalists sent to their sources, which the Jewish Telegraphic Agency obtained, Shapiro and Rosenthal explain that their story will conclude that Hasidic schools post lower scores on state math and English exams than all other schools in the state, including ones that, like many yeshivas, also serve students from low-income families who do not speak English at home.

YAFFED’s Moster declined to comment on the contents of the investigation before it is released. However, the Times’ findings appear to largely mirror what he said when he first began lobbying for change to the schools where, he said, secular instruction ceased after age 13.

Eichenstein has made it clear that advocates for yeshivas are already planning to push back against the piece. “I’m encouraging folks to file lawsuits. We have already spoken to lawyers. The New York Times will be held legally responsible,” he told the New York Jewish Week.

Philissa Cramer and Jacob Henry contributed reporting to this story.