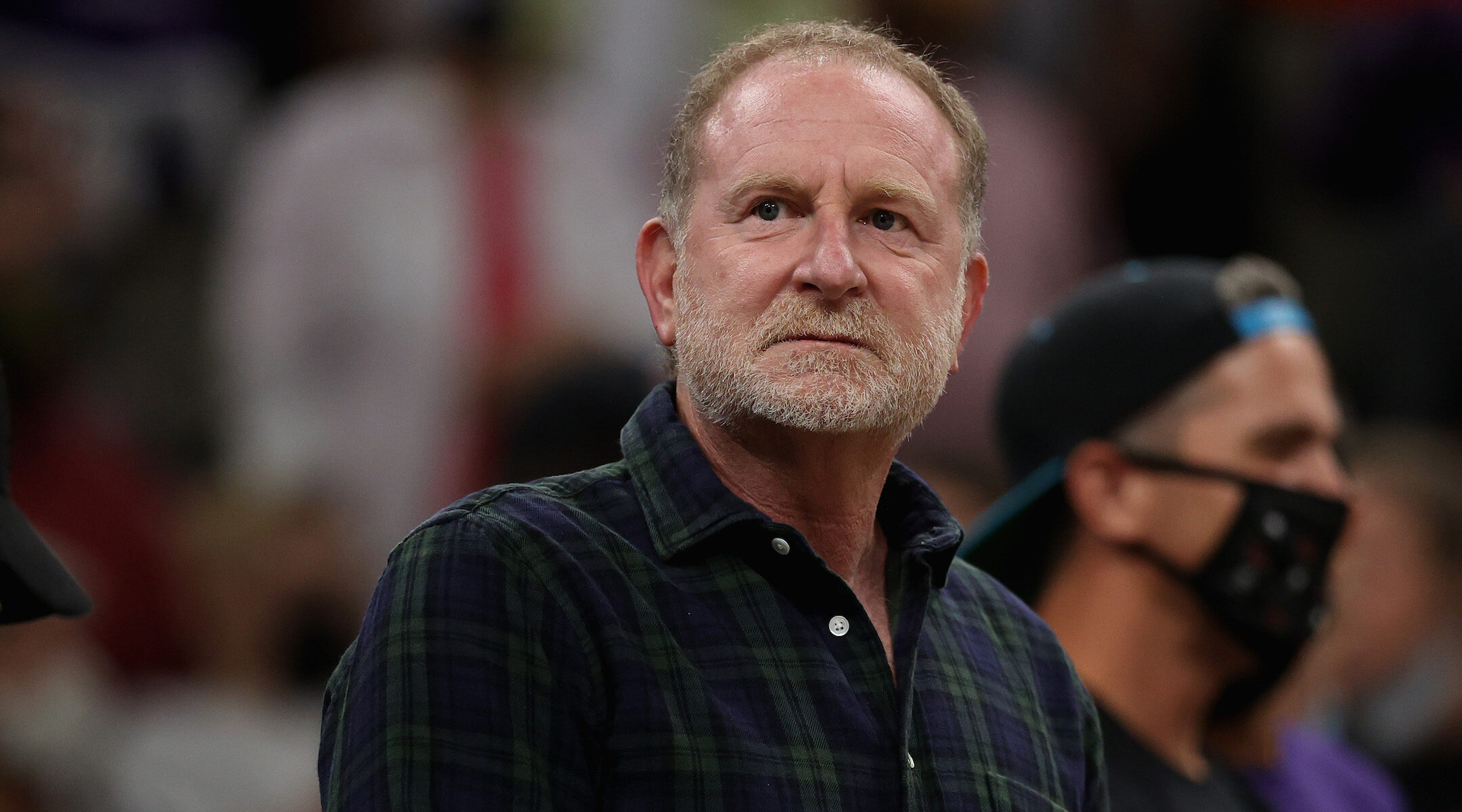 (JTA) — Robert Sarver, the Jewish owner of the NBA’s Phoenix Suns and WNBA’s Phoenix Mercury, announced Wednesday that he will seek buyers for the two franchises as he serves his one-year suspension for misconduct.

Sarver, a real estate businessman with a net worth of nearly $1 billion who purchased the teams in 2004, received the NBA’s maximum fine of $10 million after an investigation found a pattern of inappropriate and abusive behavior including racist remarks and sexual harassment toward employees. Sarver reportedly used the N-word multiple times.

“As a man of faith, I believe in atonement and the path to forgiveness,” Sarver said in a statement Wednesday, according to ESPN. “I expected that the commissioner’s one-year suspension would provide the time for me to focus, make amends and remove my personal controversy from the teams that I and so many fans love.”

The 60-year-old Tucson native, who is a member of the Reform synagogue Temple Chai in Phoenix, appeared to be referencing teshuva, the Jewish idea of repentance that is a thematic centerpiece of the upcoming High Holidays.

Sarver told the Arizona Jewish Post in 2011 that he has served on the board of and held fundraising roles at the Jewish Federation of Southern Arizona and its Desert Caucus political action committee, and has been involved with the Tuscon Jewish Community Center and Jewish Family & Children Services.

Sarver further explained his decision to sell his two basketball franchises: “But in our current unforgiving climate, it has become painfully clear that that is no longer possible — that whatever good I have done, or could still do, is outweighed by things I have said in the past. For those reasons, I am beginning the process of seeking buyers for the Suns and Mercury.”

Immediately after Sarver’s suspension was announced last week, several NBA stars, including the Suns’ Chris Paul, criticized the league for what the players deemed an inadequate punishment. Some called for Sarver to sell the team, or to face a lifetime ban.

Sarver’s suspension echoed that of Washington Commanders owner Dan Snyder and former Los Angeles Clippers owner Donald Sterling, both of whom also happen to be Jewish and who similarly were accused of using their positions of power to mistreat their employees.