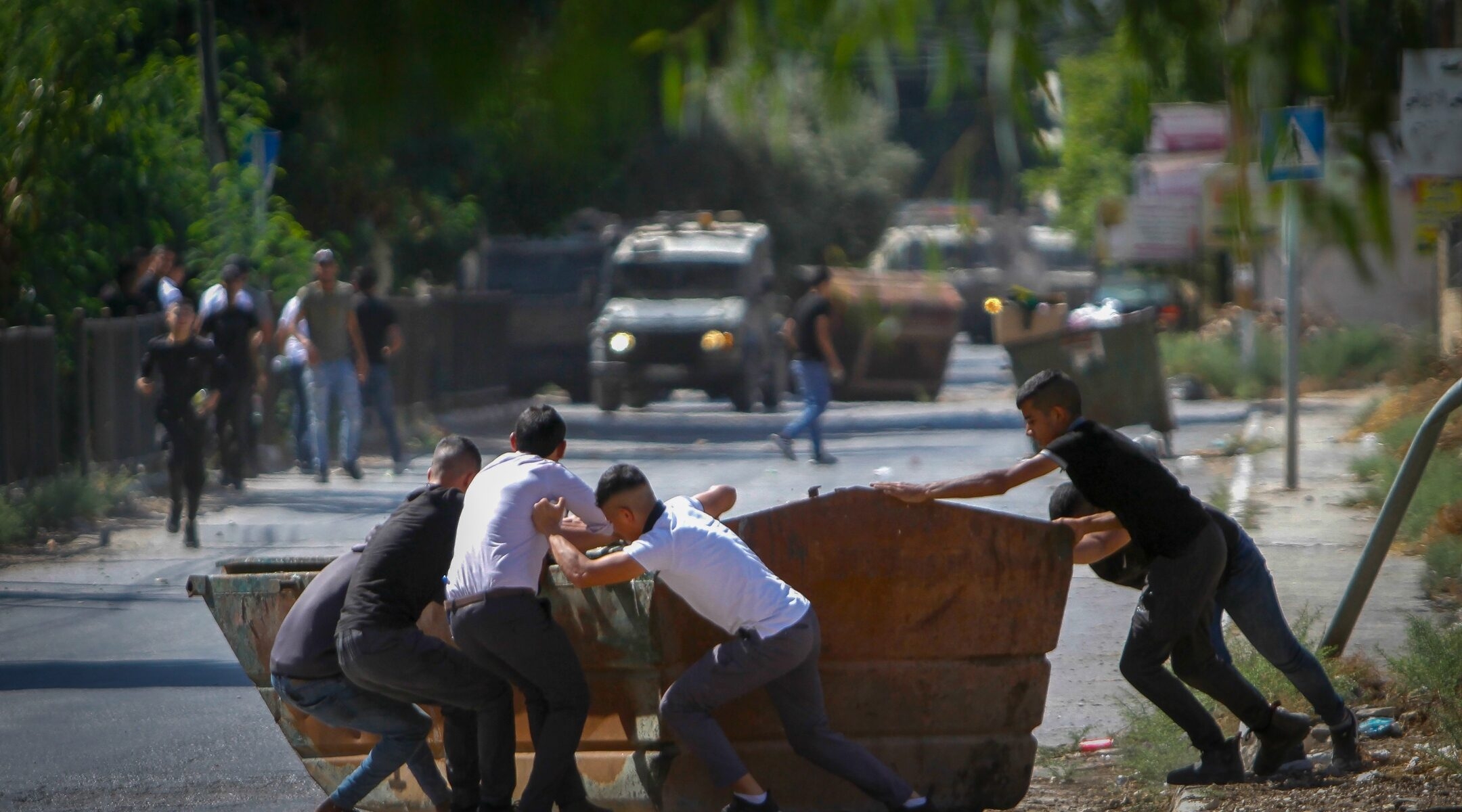 (JTA) — Israeli troops killed four Palestinians and wounded at least 44 Wednesday in Jenin, the West Bank town that was the locus of a wave of terrorist attacks earlier this year and has been the target of sustained military raids since.

Fatah, the ruling party in the Palestinian Authority, declared a “day of rage” in the wake of the raid on Wednesday, Haaretz reported.

The Israeli army said at least two Palestinians died when they detonated an explosive device during the firefight. One of those two was Abdel Al Rahman Khazam, the brother of Raed Khazem, who murdered three people in a shooting attack in Tel Aviv in April and who died in a shootout with Israeli forces.

The Israeli army has conducted multiple raids on Jenin since a wave of attacks in the spring, noting that most of the attacks appear to have originated in the town, which is under the control of militias. A well-known Palestinian-American journalist, Shireen Abu Akleh, was killed during one such raid, and Israel has acknowledged the shooter was likely an Israeli.

The raids have resulted in 85 deaths between the beginning of the year and last month, according to Palestinian Health Authority statistics. Israeli officials said last month that they have conducted more than 2,000 operations and arrested more than 1,500 people suspected of terrorist activity. An Israeli operation targeting Palestinian Islamic Jihad leaders in the West Bank and Gaza triggered a brief exchange of hostilities in August.