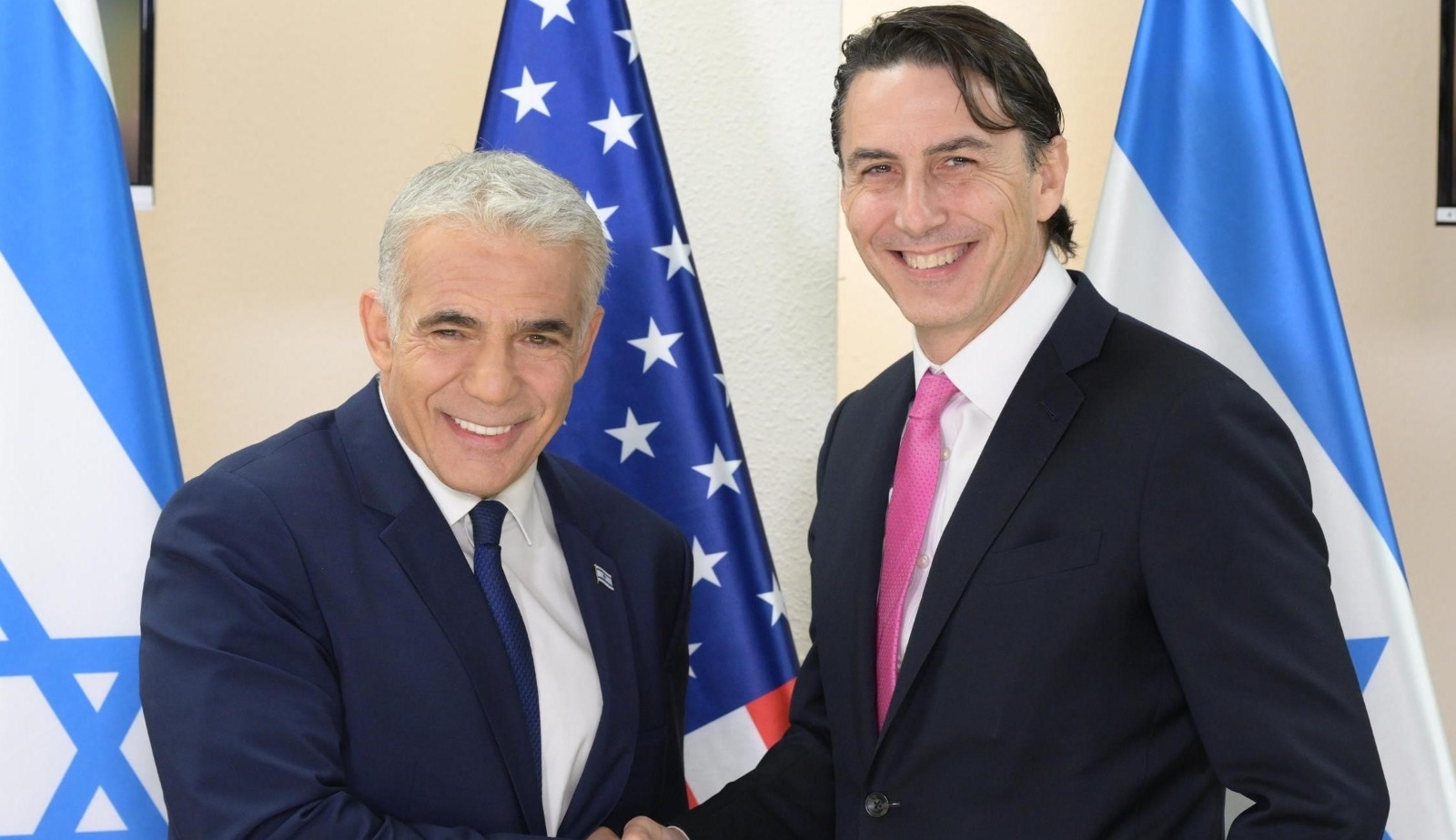 (JTA) — After years of negotiation and military posturing, Israel and Lebanon signed a U.S.-brokered agreement that establishes maritime boundaries between the countries, allowing each to explore for fossil fuels unthreatened by the prospect of an attack.

Israeli Prime Minister Yair Lapid, heading into an election next Tuesday and under fire from his rival, former Prime Minister Benjamin Netanyahu, who says the deal concedes too much, cast the deal as a historic breakthrough.

“This is a diplomatic achievement,” Lapid said at the start of the Cabinet meeting which approved the deal. “It is not every day that an enemy country recognizes the State of Israel, in a written agreement, in view of the international community.”

Lebanon has been among Israel’s most implacable enemies for decades, influenced to a large degree by the Hezbollah terrorist militia which holds sway in much of the country. Lebanon’s president, Michel Aoun, sought to downplay any diplomatic significance to the deal.

“Demarcating the southern maritime border is technical work that has no political implications or effects contradicting Lebanon’s foreign policy,” Anadolu news agency quoted him as saying.

Hezbollah backs the deal but casts it simply as a means to accelerate development in gas fields that are now under Lebanese sovereignty. Lebanon is currently deep in an economic crisis.

The sensitive nature of the agreement was evident in how it was finalized. Officials from both sides met in the Lebanese border town of Naqoura to finalize it, but media was barred from covering the event. Amos Hochstein, the Biden administration official brokering the deal, then traveled to Beirut and Jerusalem to obtain the signed documents from the country’s leaders, each of whom posed with him for photo-ops.

Lapid thanked Hochstein and President Joe Biden, who has been criticized by Republicans for pressuring Israel into the deal. Lapid has said there was no pressure and has said the deal is in Israel’s interests.

“Amos, I want to thank you and your crew for all the great work — nothing less than great work — in making the deal between us and Lebanon happen,” Lapid said at their meeting. “It wouldn’t have been possible without you and without the support of President Biden who was there for us all the way. His commitment to Israel is deeply appreciated and your commitment to the whole process is deeply appreciated.”

Israel is ready to start mining at the Karish gas field south of the boundary, and Lebanon is planning to soon set up mining at its Qana field.