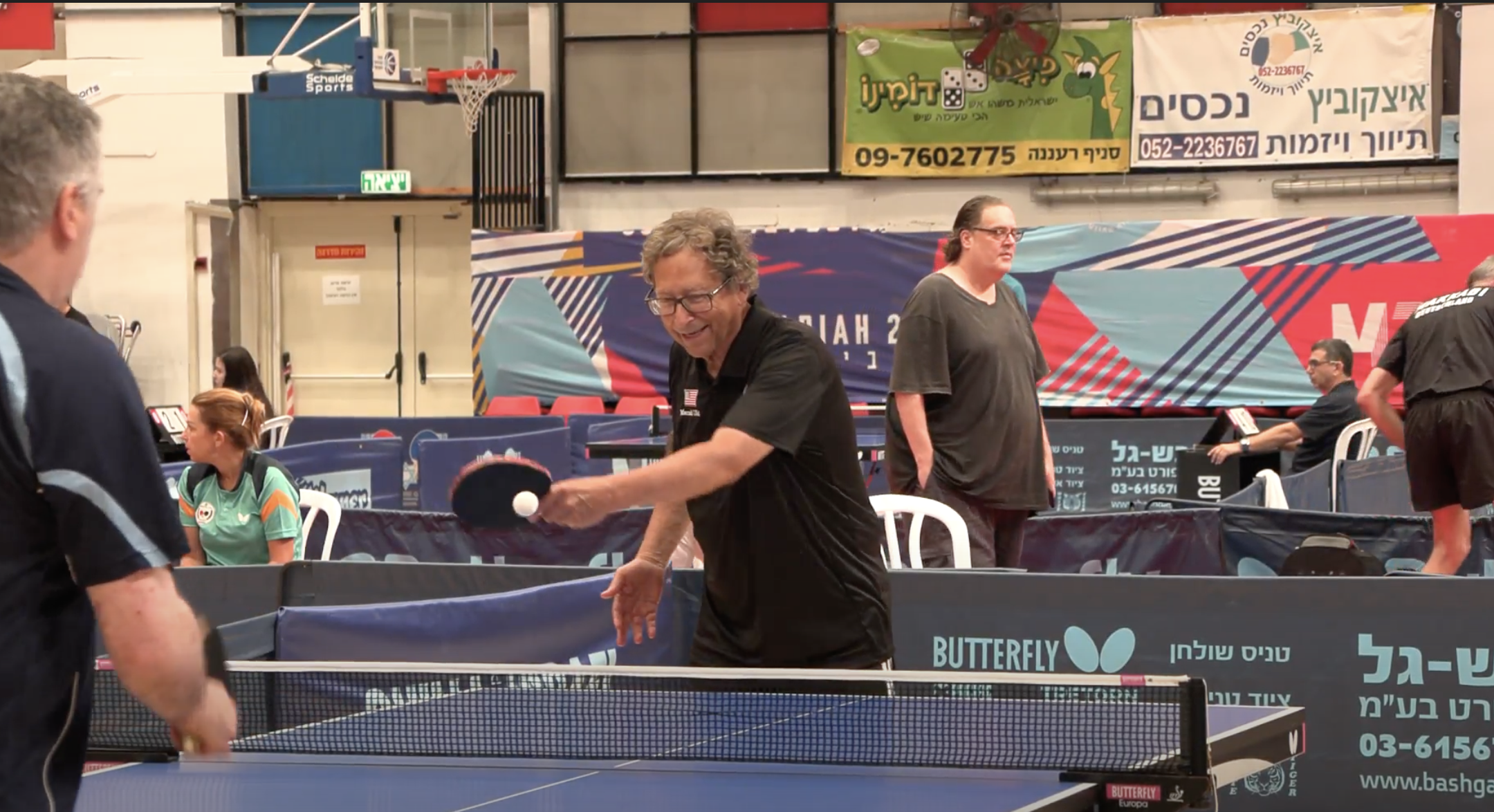 (JTA) — Stuart Weitzman has designed shoes for the likes of Taylor Swift and Beyoncé. His iconic luxury footwear brand is sold in over 70 countries.

It all started with a single victory over a friend in Connecticut.

“I beat this fellow up here in Greenwich at pingpong, and he said, ‘you know, you’re good, you ought to go to the Maccabiah Games,’” Weitzman told the Jewish Telegraphic Agency in a phone interview this week. “I said, ‘Why?’ He said, ‘I think you’d do okay. Because I did okay and you’re better than me.’”

This past summer was the 81-year-old’s third Maccabiah Games. He even won a bronze team medal — which he attributes to being retired and thus having more time to train.

The irony? “We don’t make pingpong shoes,” he said about his company.

This summer’s Games held extra significance for Weitzman, who served as the U.S. team’s flag bearer. “As good an honor as that, I don’t know if I’ve ever had in my life,” he said.

“When I went, it was much more than playing pingpong,” he added. 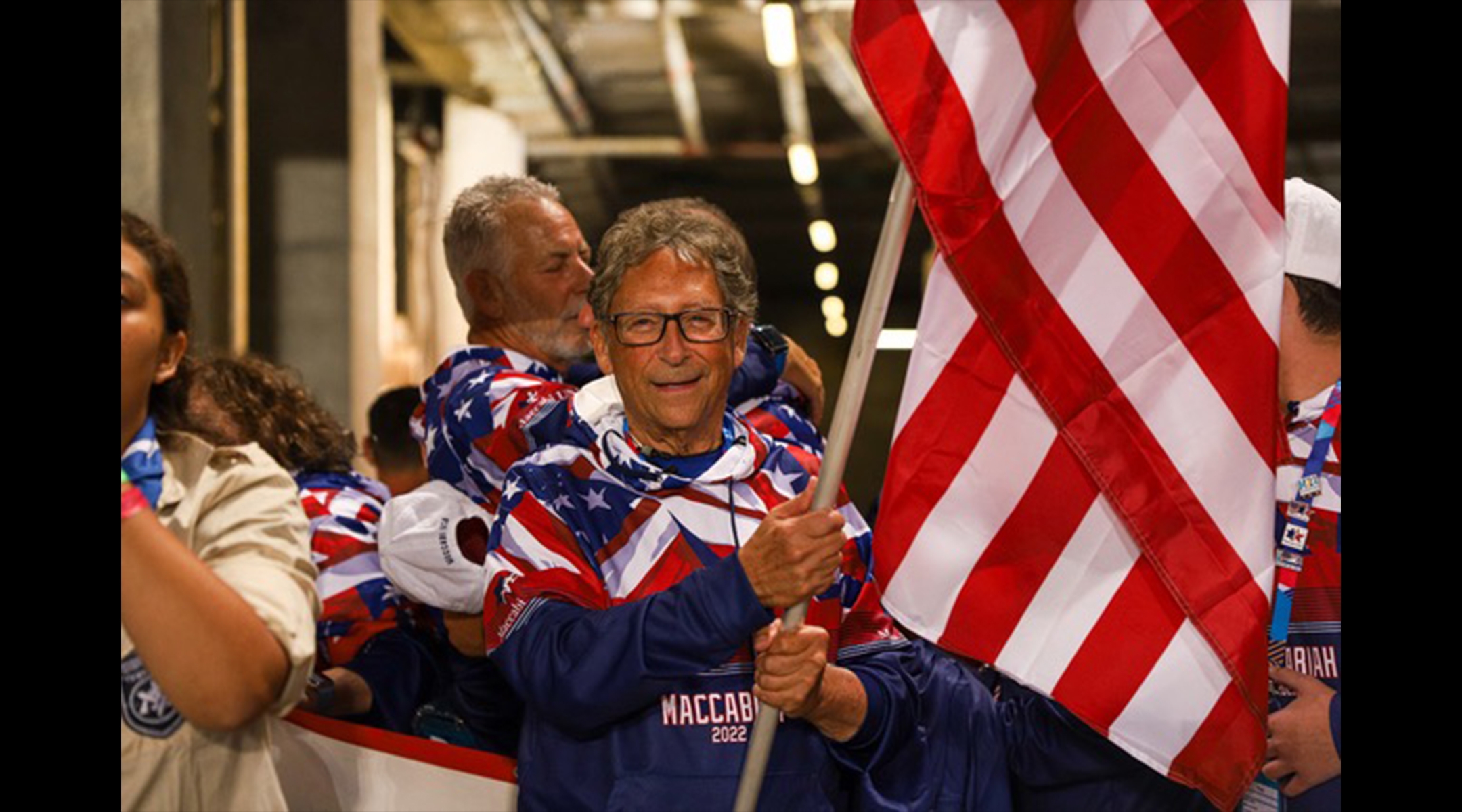 Weitzman recalled ascending the ramp to enter the stadium and turning back to look out at the U.S. team’s 1,200 person delegation, all waving miniature American flags.

“It was like a sea of patriotism. It was so beautiful,” Weitzman said. “I didn’t want to turn around and enter the stadium, I was enjoying that so much. I don’t know how many times I’ve looked at that video of me walking in. I lost count. It was a wonderful opportunity and a wonderful honor. I sure am glad it was offered to me.”

Weitzman’s relationship with Maccabi USA has also overlapped with another of his passions: Jewish philanthropy.

Through the organization’s Weitzman Challenge, Maccabi USA has a fundraising goal of $3 million by the end of 2022, which would unlock a $5 million matching grant from Weitzman, to support athletes and help subsidize the cost of participating in the Maccabiah Games. The organization has raised $1.8 million so far.

Last year, Weitzman endowed the National Museum of American Jewish History in Philadelphia, which had previously filed for bankruptcy. He and his wife Jane (who is on the board of 70 Faces Media, JTA’s parent company) have also supported the Israel lobby AIPAC, New York’s Jewish federation and the Joint Distribution Committee.

“One day I woke up, I said, what am I going to do with my money? That was the big question in my life,” Weitzman said. “And I kind of figured it out, because I’m enjoying all aspects of my philanthropy.”

As a retiree, Weitzman also shares his entrepreneurial expertise with college students across the country, and serves on the board of the United States Olympic & Paralympic Foundation.

He’ll be in Israel for the next Maccabiah Games, too. He just has one request.

“They should make a deal with Nathan’s or somebody because their hot dogs were horrible,” he said.