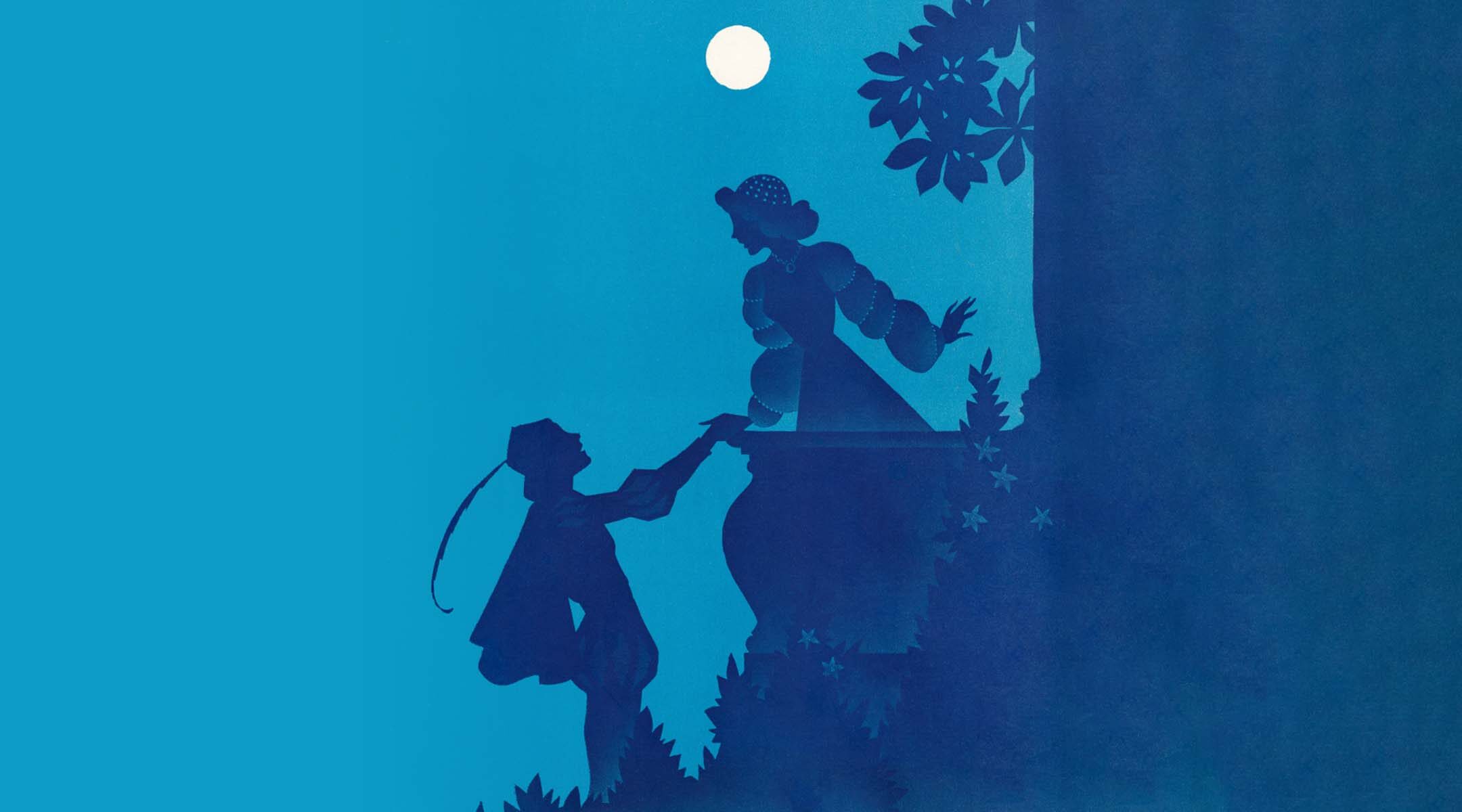 Romeo woos Juliet on the balcony in a 1937 lithograph from the American School. (Image via Getty. Design by Mollie Suss.)
Advertisement

(JTA) — The London-based theater group behind a Romeo and Juliet-inspired Nazi-Jewish love story has canceled the play after receiving an onslaught of criticism related to the story’s premise and a botched casting call.

The Icarus Theatre Collective, the group behind the play, put out a casting call on Friday for their “Romeo and Juliet” over email and on social media, specifically calling for “non-binary artists, and/or those of global majority, black or Asian heritage” to audition for the reimagined roles of Romeo and Mercutio, as well as a female-presenting actor to play the traditionally male character of Tybalt.

But for the role of Juliet, the Jewish counterpart to Romeo’s character in the Hitler Youth, the Icarus Theatre Collective did not include a specific request for Jewish actors to audition as part of the casting call. In an era of increased scrutiny over the casting of Jewish actors to play Jewish characters, the omission drew criticism.

Speaking with the Jewish Chronicle, Max Lewendel, the Jewish founder of the Icarus Theatre Collective and director of “Romeo and Juliet,” said the initial casting call specified that Juliet Capulet and her parents be played by actors with “preferably Jewish heritage.” Lewendel said the final draft of the casting call was put out by the casting director and should have included a preference for Jewish actors.

“That is absolutely not what was intended, and apologies to anyone that was understandably affected by this,” Lewendel told the Jewish Chronicle.

In an apology tweet on Monday, the Icarus Theatre Collective wrote, “These are NOT two households both alike in dignity,” referring to lines from the prologue of “Romeo and Juliet,” which the group says it had cut from their version of the play because it put the Nazi Montagues and the Jewish Capulets on equal footing.

“Please understand our intention in Romeo & Juliet is to portray the Montagues as the bad guys and the kids brainwashed as per Jojo Rabbit,” the thread continued, referencing the 2019 comedy-drama film about a boy in the Hitler Youth. “Particularly as a criticism of the current political situation.”

1/2 We apologise and are deeply sorry for the offence we caused. Our R&J is a criticism of Nazi fascism (& its particular relevance today) made in consultation with the Jewish community, including the director. Our casting director removed key information and we failed to notice.

The group also wrote that part of its research and development process “has always been to include members of the Jewish community to presentations, as we recognise that the director’s background is not sufficient to ensure proper presentation of this dangerous concept: These are NOT two housholds [sic] both alike in dignity.”

The Campaign Against Antisemitism, a British watchdog group, publicly criticized the play. In a tweet, the group said, “It is staggering that anyone would find this play about morally-equivalent feuding families to be an appropriate way to explore Nuremberg-era persecution of Jews by Nazi Germany.”

“It’s the increasing fascism in the world today that has kind of become a trend in my work,” Lewendel told the Jewish Chronicle about his decision to situate the play during the Holocaust.

Public response to the premise of the play itself has been mostly negative.

“This is a monumentally terrible idea,” one user wrote on Twitter.

“This new Romeo and Juliet nazi idea feels so genuinely like a 30 Rock Episode that I simply have to laugh at the absurdity!” another person wrote.

The group’s official description of the play reads: “In defiance of their entire society and in secrecy from their closest friends, hopeful young lives burn amidst a cataclysmic backdrop of impending war and the horror of the Holocaust. Sun and moon shine down on star-crossed lovers as a Jewish girl falls for a member of (Hitler) Youth and the boy questions everything he was taught to believe.”

The show was scheduled to run in March 2023.