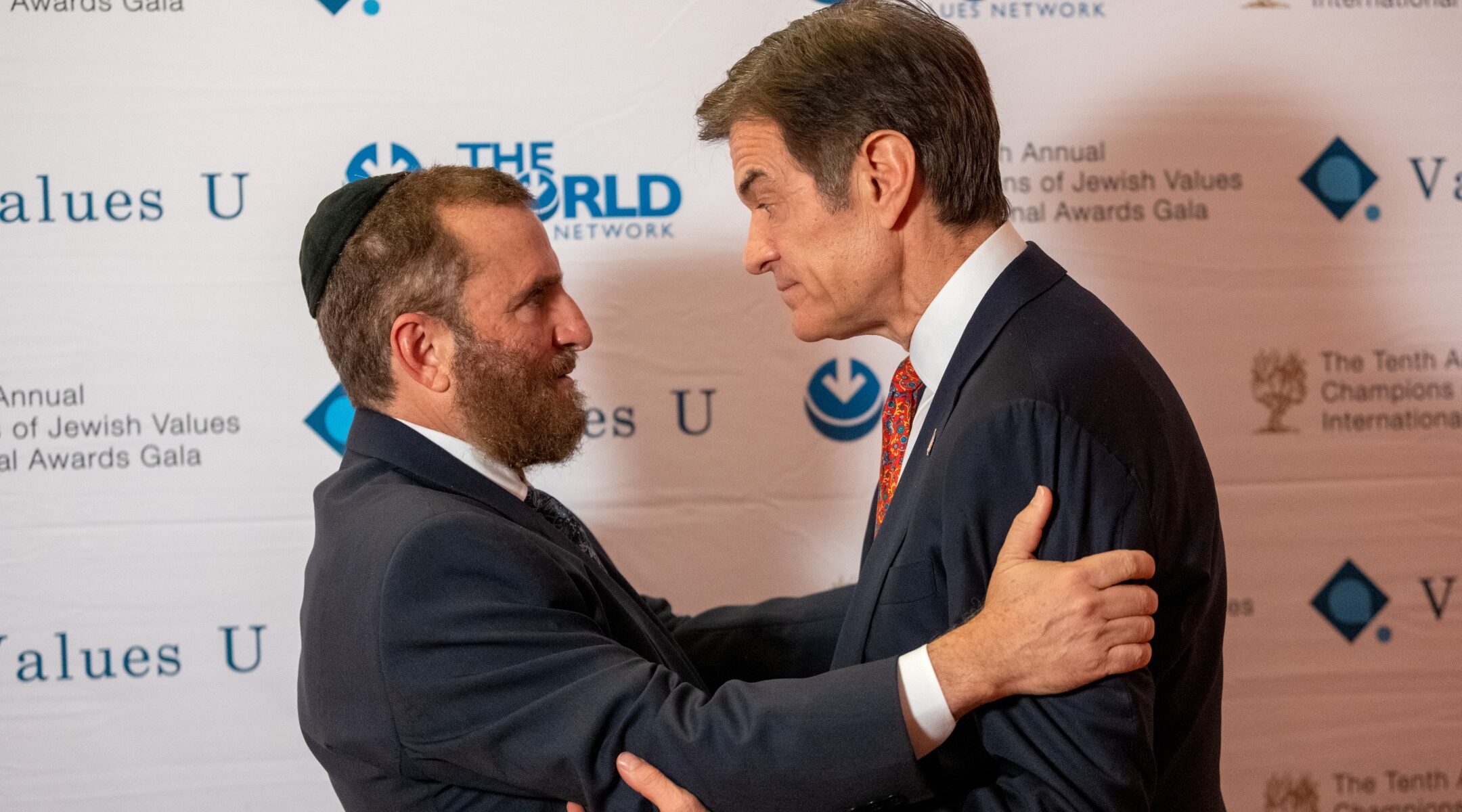 (JTA) — Around the time Rabbi Shmuley Boteach was endorsing Mehmet Oz for the Senate, calling the TV doctor a “great friend of Israel” last December, the candidate for the GOP nomination for an open U.S. Senate seat in Pennsylvania was hiring Boteach’s daughter as a consultant.

That’s according to the daughter, Shterny Glick, whose consultancy is now suing Oz for breach of contract, according to a report Friday in the political online newsletter New Jersey Globe. (Oz, a Republican endorsed by former President Donald Trump, lived in New Jersey until last year when he moved states to run for the Senate.)

Glick’s lawsuit alleges that Oz’s campaign used a pro-Israel political donor mailing list without paying a promised 5% commission, according to the report. Glick says in the lawsuit that Oz fired her in February but continued soliciting donations from those on the list — including many American Jews — afterward.

The lawsuit comes on the eve of the election between Oz and Democrat John Fetterman, Pennsylvania’s current lieutenant governor. It also comes after Boteach publicly broke with his former friend, calling Oz’s campaign a “tragedy for the Jewish people.”

Glick’s consultancy, Light Nation Media, says Oz’s campaign and associates owe hundreds of thousands of dollars for using the consultancy’s donor list to raise money for one of the most expensive races in the country.

“It was no secret that plaintiff’s list of established donors to political and other causes was drawn almost exclusively from the American Jewish community,” the lawsuit says.  “Such potential donors were well known for generously supporting political candidates sympathetic to Israel, and other issues dear to the Jewish community,”

Oz and Boteach — a writer on sex, counselor to multiple celebrities and a one-time GOP congressional candidate — became friends in the 2000s when they were both mentored by Oprah Winfrey, the daytime TV giant. Boteach turned on Oz, he says, because Oz delayed making clear his support for Israel, because Oz’s campaign mocked Fetterman’s stroke, and because of Oz’s ties with the Turkish regime of Recep Tayyip Erdogan.

The Republican Jewish Coalition has enthusiastically embraced Oz and has made a note of the fact that he is a Muslim who is close to Israel.

The New Jersey Globe said Oz’s campaign did not return a request for comment. Meanwhile, Winfrey broke her silence in the race last week to endorse Fetterman, saying, “If I lived in Pennsylvania, I would’ve already cast my vote for John Fetterman, for many reasons.”