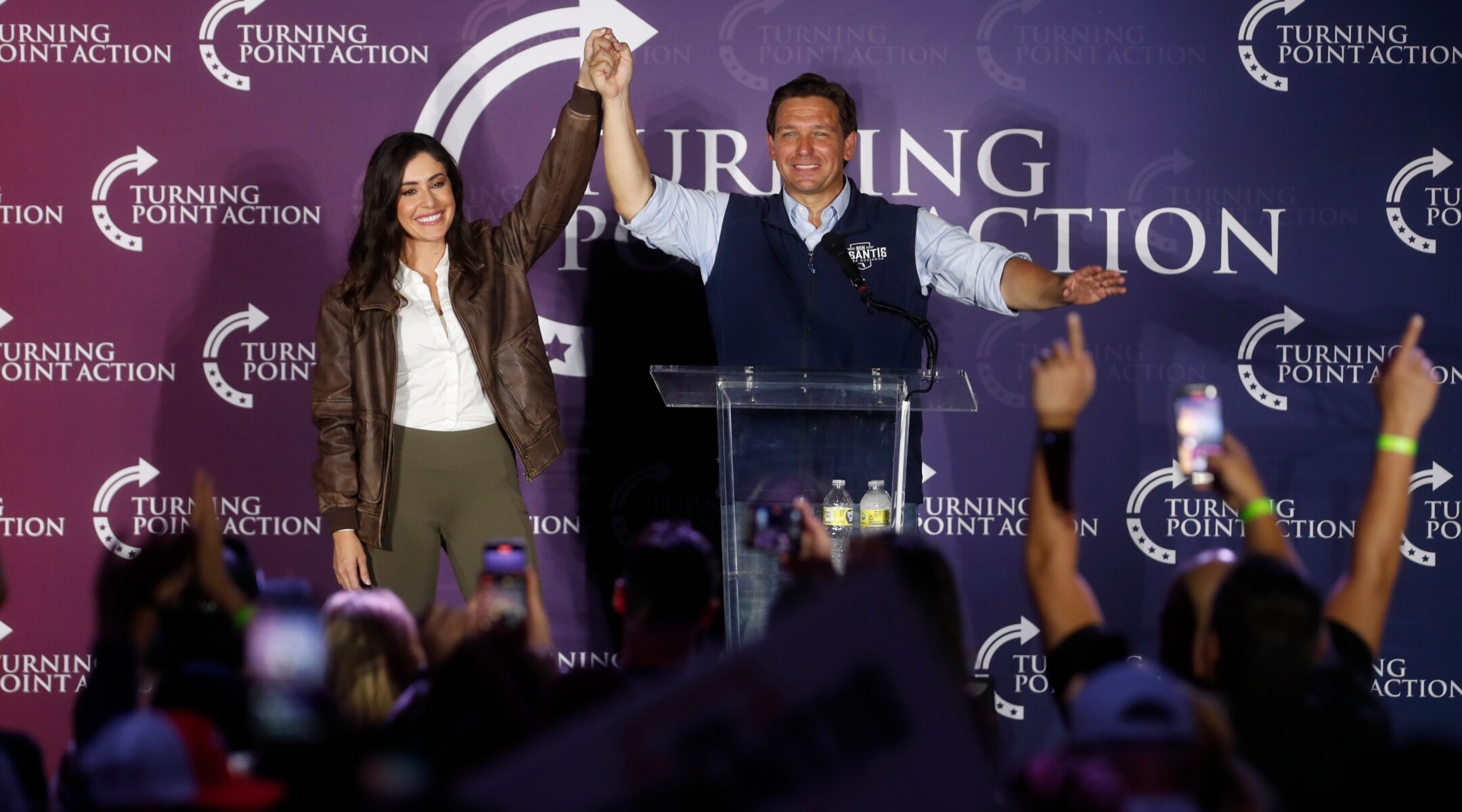 (JTA) — Two Jewish Democrats who were believed to have a shot at open seats in the Tampa area lost Tuesday night as Florida overall shifted hard toward Republicans.

Eric Lynn, a former Obama administration defense official with deep ties in the Tampa area Jewish community, lost Tuesday in the 13th District and Alan Cohn, a former TV investigative journalist, lost in the 15th District. Both candidates were seen as viable contenders if the midterms went well for Democrats in the state.

Lynn’s defeat to Anna Paulina Luna is a pickup for Republicans; Charlie Crist, the incumbent in the district, retired to become the Democratic nominee for governor and lost badly to incumbent Ron DeSantis on a stunning night for Republicans in the state.

DeSantis, whose supporters credit him for keeping Florida open through much of the coronavirus pandemic and who is seen a leading contender for the 2024 GOP presidential nomination, flipped portions of South Florida red for the first time in decades, a sign of the inroads Republicans have made among the state’s Hispanic voters.

Luna has aligned herself with a far-right faction of Republicans in Congress, embracing former President Donald Trump’s lie that he won the 2020 election.

When Jewish Insider asked her about her closeness to Georgia GOP Rep. Marjorie Taylor Greene, who has angered Jewish groups by comparing actions she doesn’t like to the Holocaust, Luna answered, “I was raised as a Messianic Jew by my father” and “I am also a small fraction Ashkenazi. If she were antisemitic, why did she endorse me?”

Cohn lost in a newly-drawn open district to Laurel Lee, a former secretary of state who is a relative moderate and who affirmed that Biden won the election.

The night was not a total bloodbath for Democrats in the state: The southeast coast remained a stronghold, and Democrats held on to Districts there, among them three who are Jewish.

Reps. Debbie Wasserman Schultz in the 25th District and Lois Frankel in the 22nd District were reelected. Jared Moscowitz, who ran disaster management in the state and who is the rare Democrat who has a cordial relationship with DeSantis, is set to be a freshman. Moscowitz inherits the 23rd District from Ted Deutch, the Democrat who quit in September to lead the American Jewish Committee.

Two Jewish Democratic challengers who were seen as longshots went down to defeat, as predicted: Jan Schneider in the 16th District and Annette Taddeo in the 27th District. Taddeo hoped to become the first Hispanic Jewish woman elected to Congress.