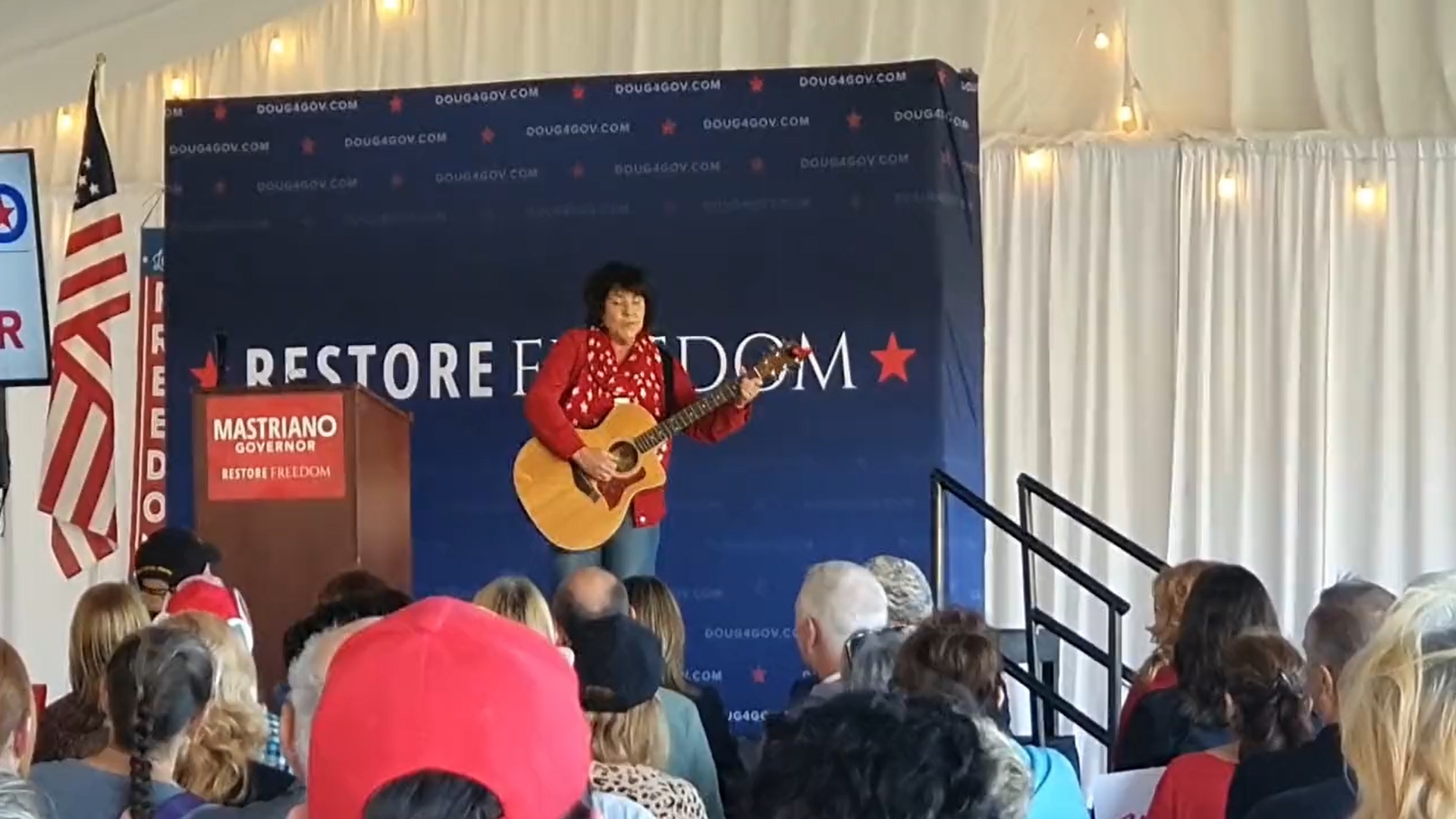 (JTA) — Douglas Mastriano as Tevye would be an odd casting choice for a Republican candidate whose ties to a prominent antisemite have dogged his campaign.

But Jaymie Bellet, who serenaded a crowd of Mastriano supporters on the last day of his bid to become Pennsylvania’s governor, suggested with her adaptation of a “Fiddler on the Roof” number that she saw the connection.

“All you do is work hard, there is absolutely no one who could say you are a bum!” Bellet sang at the rally Monday in Bucks County,  to the melody of “If I Were a Rich Man.” The video was first posted by an Israeli journalist, Nadav Eyal.

“We want you to be the governor, that’s what all the people pray,” she sang in a faltering alto, strumming a guitar.

Bellet, a musician who works with Mitch Triestman, a minister of “Jewish evangelism,” adheres to Messianic Judaism, a movement that believes in the divinity of Jesus while claiming to practice Judaism. She says on her webpage that at age 42, “I became a believer in the Messiah Yeshua, through His great love, His outstretched arms, and His great judgment.” She says she had previously been a secular Jew who attended Hebrew school for two years as a child.

The performance was a notable campaign capstone for a candidate who is a favorite among Christian nationalists, who believe the United States should be governed in accordance with Christian values. Mastriano paid $5,000 to promote his campaign on Gab, a social media network favored by extremists. Gab is owned by Andrew Torba, a prominent Christian nationalist who has said he does not conduct interviews with Jews; it was the platform where the alleged shooter who killed 11 worshippers at the Tree of Life synagogue in Pittsburgh in 2018 announced his plans.

Mastriano, who has embraced former President Donald Trump’s lie that he won the 2020 election, also has mocked his rival, Josh Shapiro, for sending his children to a private Jewish school, which Mastriano has said is “elitist.” (Mastriano has said there was no malicious intent and noted that in his attack on Shapiro he did not identify the school as Jewish.)

Bellet referred once to Shapiro, whom polls showed leading in the final days of the campaign, during her serenade. She noted that Mastriano, who has cosplayed as a Confederate soldier, gives tours of the Gettysburg battlefield. Mastriano’s historical knowledge, she sings, is “nothing we could get from Sha-pi-RO, God, please, No!” and she shudders.

Mastriano’s wife has defended the candidate against criticism by saying that they love Israel more than most Jews do. Mastriano in 2019 acted in a movie about the Holocaust derided by Holocaust scholars for manipulating the genocide of the Jews to turn it into an indictment of advocacy for abortion rights and gun control.