Doug Mastriano’s wife: ‘We probably love Israel more than a lot of Jews do’ 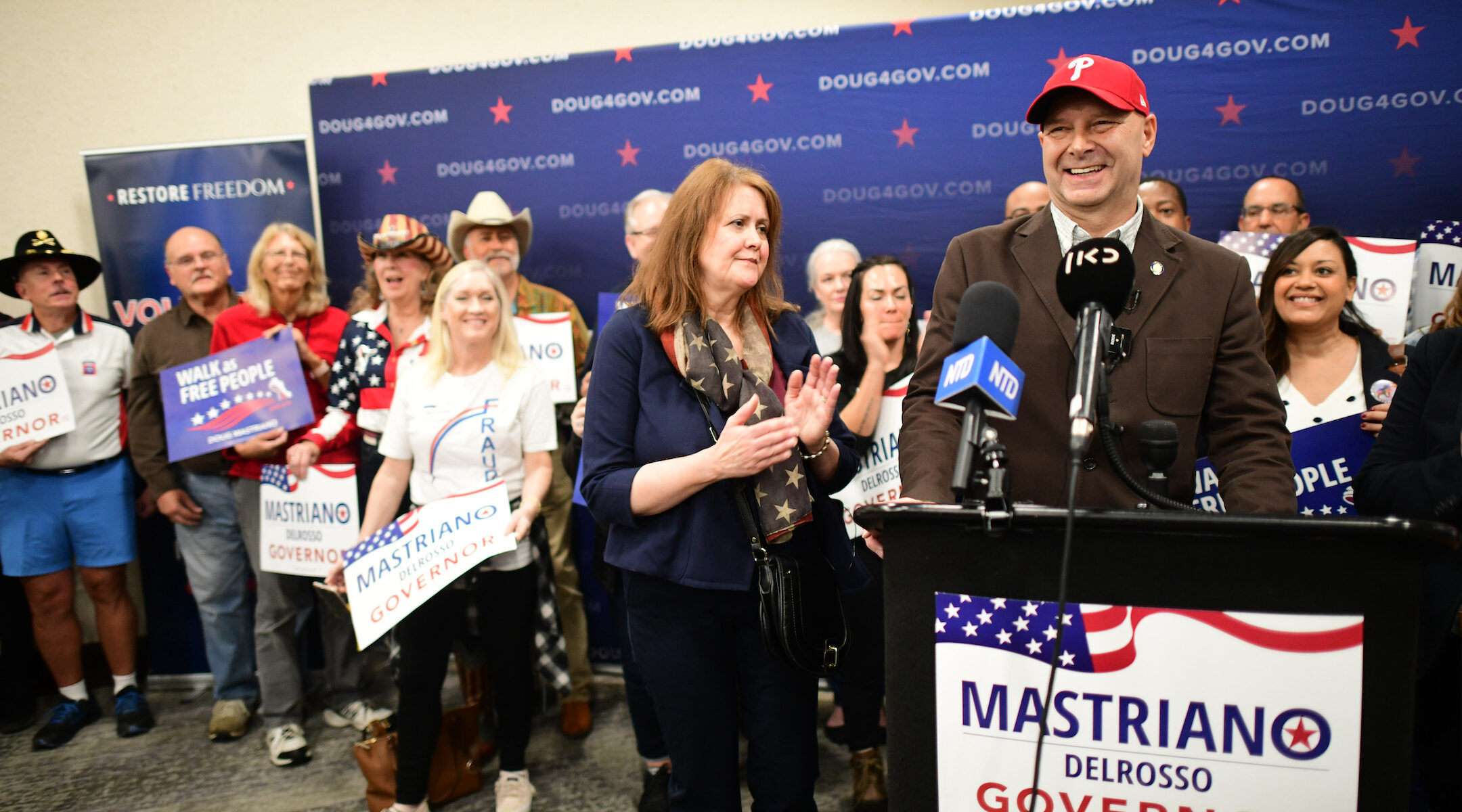 (JTA) — Asked about his association with a social network that is a haven for antisemitism and for his criticism of his rival’s Jewish day school, the Republican candidate for governor in Pennsylvania briefly had no words.

His wife did. “I would like to make a comment on that real quick,” said Rebecca Mastriano, to applause from supporters in the room. “As a family, we so much love Israel. In fact I’m going to say we probably love Israel more than a lot of Jews do.”

The exchange, during a press question and answer session at a Doug Mastriano campaign stop on Saturday, offered perhaps the clearest encapsulation yet of a dynamic that has been dominant in the matchup between Mastriano and Josh Shapiro, who is Jewish and favored to win.

Mastriano, who is backed by Donald Trump and espouses beliefs that some have characterized as Christian nationalism, has attracted many far-right supporters, among them Andrew Torba, the founder of Gab, a social network that is rife with antisemitism and was frequented by the Tree of Life synagogue shooter.

Rebecca Mastriano’s comment mirrors the sentiment that Trump has expressed in statements about Jews and Israel in 2019 and again earlier this month — that American Jews owe Israel their support, and that Republicans care more about Israel than liberals do — which have earned rebuke outside the Republican party as a perpetuation of an antisemitic dual loyalty trope.

One of Mastriano’s top advisers, Jenna Ellis — who formerly worked as a lawyer for Trump, promoting the lie that the former president won the 2020 election — was criticized for saying Shapiro is “at best a secular Jew.” Shapiro, who keeps kosher and has referenced Shabbat in campaign ads, has accused Mastriano of courting “white supremacists and racists and antisemites.”

The question to Mastriano on Saturday came from Nathan Guttman, a journalist who was reporting for the Israeli broadcaster KAN. (Guttman is also the editor of JTA Hebrew, an initiative to make Jewish Telegraphic Agency reporting accessible to Hebrew speakers.)

Doug Mastriano asked by an Israeli reporter (@nathanguttman of @kann_news) to respond to antisemitic attack on Josh Shapiro and association with Gab.

His wife Rebbie steps in and says: “I'm gonna say we probably love Israel more than a lot of Jews do.” #PAGov pic.twitter.com/Pczpz2IYgJ

The latest polls show that Shapiro has widened his lead in the race’s final months; one poll has him up by over 20 points.