AIPAC, GOP leaders silent on Trump’s warning to US Jews to ‘get their act together’ on Israel 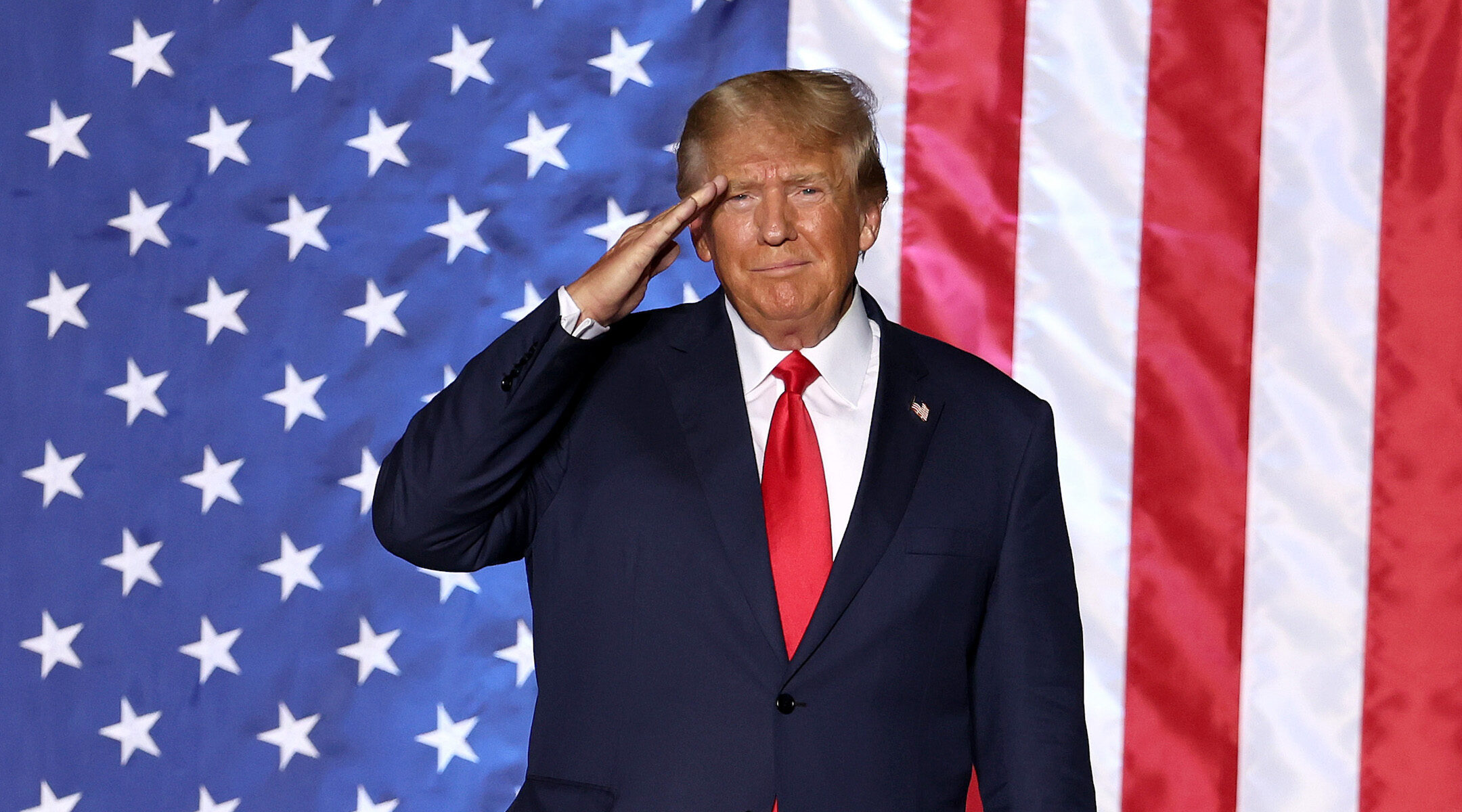 (JTA) — When Donald Trump posted, without context or warning, that “U.S. Jews have to get their act together” on Israel before “it is too late,” he alarmed many of his critics, who saw in his comment a veiled threat.

But few in the Republican Party have expressed concern. Just as they did when Trump made similar comments as president in 2019, Republican leaders, including Jewish ones, have reacted with indifference or, in some notable cases, with nothing to say at all.

A spokesman for Rep. Lee Zeldin, one of two Jewish Republicans in Congress, also did not comment on Trump’s comments. Instead, Zeldin’s spokesperson said the congressman, who is running to become New York’s governor, “stands by his long record of unequivocally calling out antisemitism in all forms” — while condemning antisemitic comments by the rapper (and Trump ally) Kanye West.

A spokesman for Senate Majority Leader Mitch McConnell told JTA on Friday that he had no comment. House Minority Leader Kevin McCarthy did not respond to an inquiry.

Meanwhile, the AIPAC pro-Israel lobby, which has become a major financial player in political campaigns this year, declined to comment to the Jewish Telegraphic Agency. AIPAC, a nonpartisan group that lobbies to strengthen the United States-Israel relationship, normally comments on statements on that relationship from prominent U.S. politicians. But the group reacted with similar silence to Trump’s 2019 comments, in which he called American Jews who vote for Democrats disloyal to Israel.

Many of Trump’s critics condemned his comments as antisemitic, saying that they perpetuated the dual loyalty stereotype that American Jews feel a stronger allegiance to Israel, and in past decades, to other countries, than to the United States. But Matt Brooks, head of the Republican Jewish Coalition, said the comments acted as a “Rorschach test” on how anyone feels about the former president more generally. The RJC defended Trump’s 2019 comments.

“If you hate Trump, you’re appalled, outraged and you think it’s it’s egregiously antisemitic,” Brooks told JTA. “If you like Trump and what he did on all the issues like moving the embassy [to Jerusalem] and the Iran deal, etc., you read this as what it is, which is a clarion call to the to the Jewish community — that there’s existential threats out there, not just due to antisemitism, but also Israel’s existence with Iran.”

Brooks added, “Trump has the foundation of some good points to make and, you know, could probably articulate them better.” 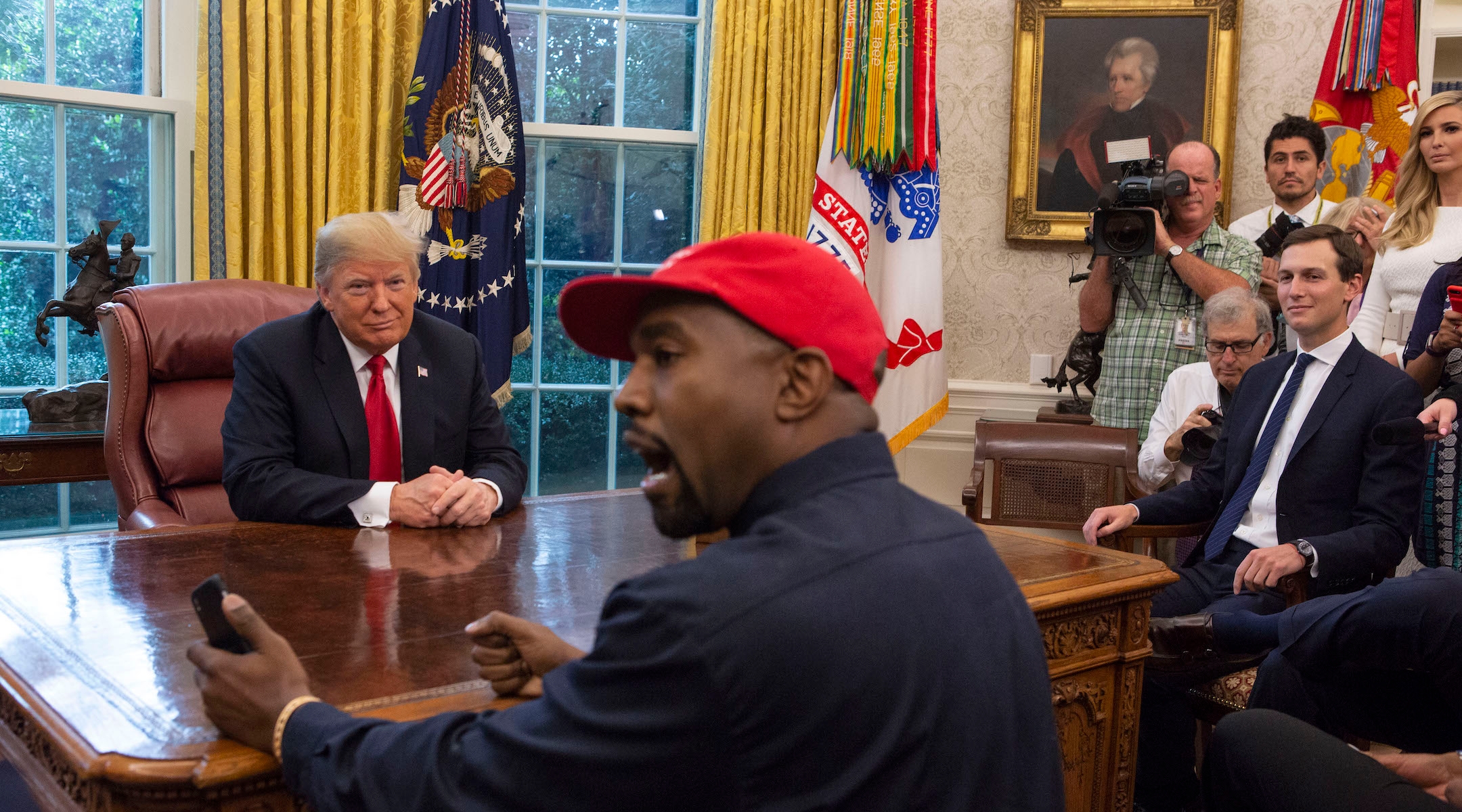 Some Republicans have defended Trump, including the Jewish Policy Center, a conservative nonprofit. Ellie Cohanim, the deputy antisemitism monitor in Trump’s State Department, said she stood by Trump’s comments. “I stand by every word of what President Trump stated here. AND Donald Trump will go down in history as the most philo-Semitic president of the US,” she said on Twitter.

Ben Shapiro, the Orthodox right-wing pundit who has millions of social media followers, rebuffed the idea of a dual loyalty trope involving Jews being invested in Israel.

“Trump saying I don’t understand why more American Jews don’t care about Israel is not antisemitism, that is just an observation about American Jews that happens to be somewhat accurate actually,” said Shapiro, a frequent visitor to Israel who is an emerging political celebrity there.

Fred Zeidman, a major Jewish Republican donor who has in the past contributed to Trump’s campaigns but also has criticized the former president, said in this case Trump was repeating an argument that is commonplace among Jewish Republicans and in the conservative pro-Israel community.

“I think that mainstream media and the Democratic Party have continued to totally demonize [Trump],” Zeidman said. “And I think this is a good example of it. He is not the first one to have said, ‘Why does the Jewish vote go against the Republicans, when they are the ones that have been so supportive of Israel?’ Everybody has always dealt with that and tried to figure that one out.”

Trump, Zeidman said, had a habit of speaking in ways that got him into trouble, and not just in relation to the Jews — but the media has a habit of overblowing his every statement.

“I wish he hadn’t said it,” he said. “But I don’t think it deserves the press it has gotten.”