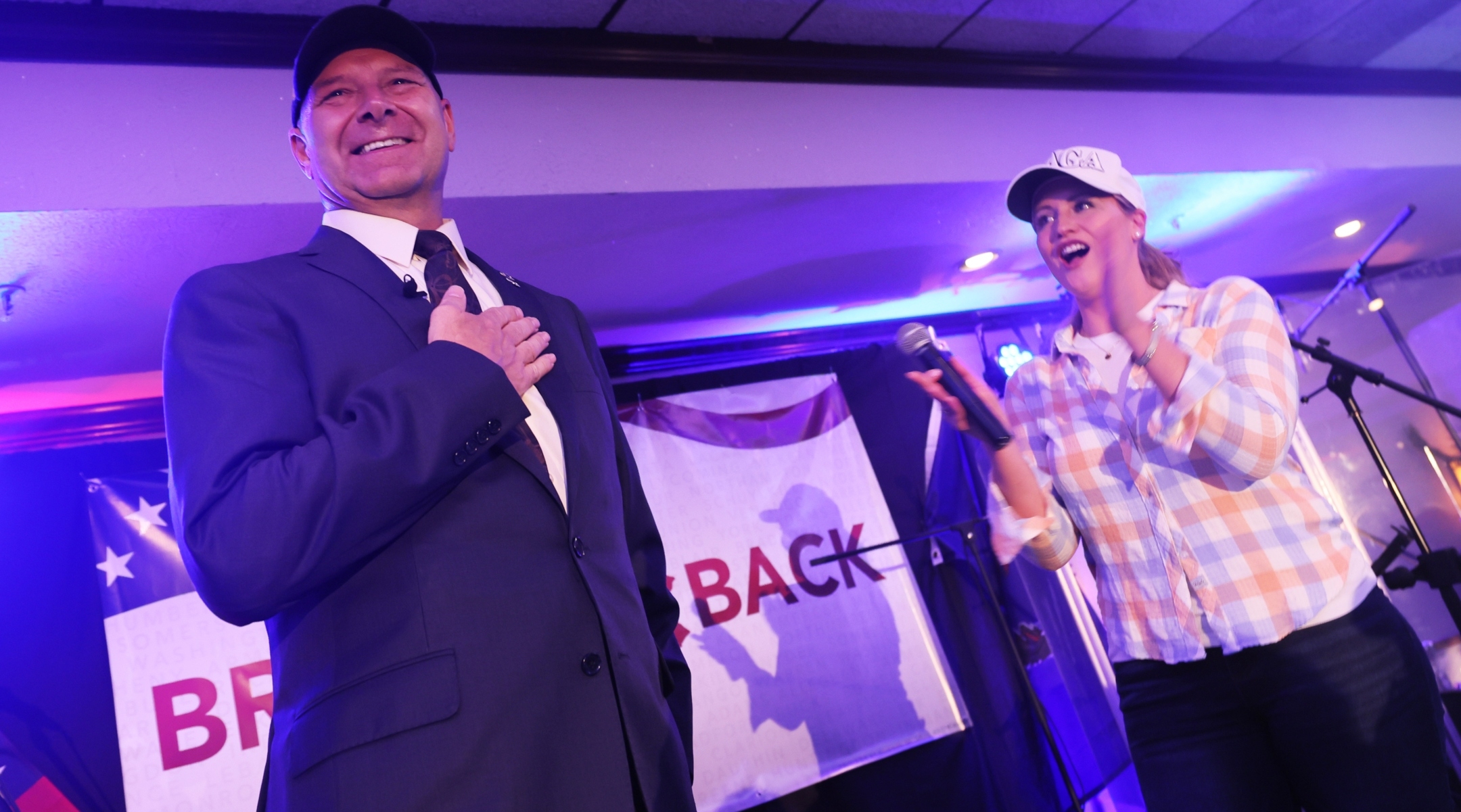 (JTA) — The Republican Jewish Coalition and the Republican Governor’s Association are among the GOP groups that have declined to comment on statements by Jenna Ellis, a top adviser for Pennsylvania’s Republican nominee for governor Doug Mastriano, after Ellis appeared to question the Jewishness of Mastriano’s opponent Josh Shapiro last week.

Ellis was previously a lawyer for Donald Trump who is best known for promoting the former president’s lie that he won the 2020 election. On Friday, she called The Washington Post “disingenuous” for a headline that said Shapiro “emphasizes [his] Jewish faith” in his campaign.

Shapiro, who keeps kosher and has referenced Shabbat in campaign ads, says that his faith is central to his mission. “My Scripture teaches me that no one is required to complete the task. But neither are we free to refrain from it,” The Washington Post quoted him as saying on the campaign trail.

“Josh Shapiro is at best a secular Jew in the same way Joe Biden is a secular Catholic,” Ellis, who is not Jewish, said in a tweet. “Both are extremists for gender transition surgeries on minors and no limits on abortion. Doug Mastriano is for wholesome family values and freedom.”

Responding to pushback, Ellis said she was “criticizing a candidate’s policy views for being contrary to their professed faith,” arguing that it is “contrary to Jewish, Catholic, & Christian faiths to be pro-choice.”

Mastriano had previously angered Jewish groups, including the RJC, for his associations with Gab, a social media site favored by extremists, including the man who massacred 11 Jews in Pittsburgh in 2018, and whose founder, Andrew Torba, is openly antisemitic. He paid Gab $5,000 for consulting fees.

After his Gab ties were revealed, Mastriano said he rejected “antisemitism in any form,” but did not refer to Gab or Torba. He also accepted a $500 donation to his campaign from Torba.

Mastriano has attacked Shapiro for sending his children to a private Jewish school, saying it showed Shapiro has “disdain” for “people like us,” without noting that the school was Jewish.

Outlooks on abortion differ among Jewish denominations, but each includes allowances for abortion. In many cases, these allowances are at odds with the state laws banning abortion in the wake of the Supreme Court’s reversal this summer of Roe v. Wade, a 1973 ruling enshrining a right to an abortion.