Idina Menzel, antisemitic theories and terror: Your guide to Jewish films at the DOC NYC festival 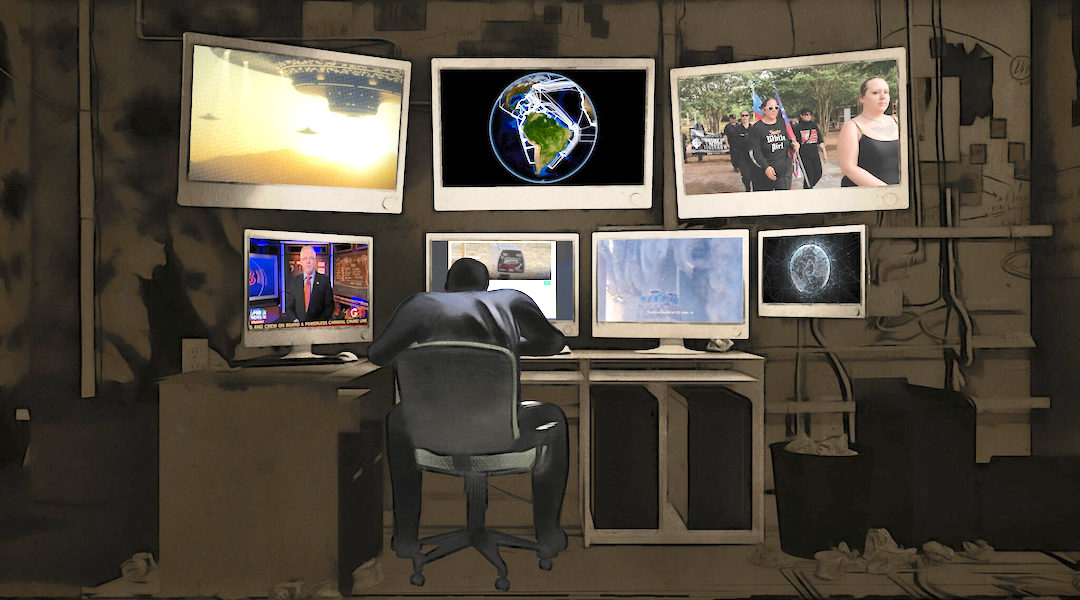 A scene from Maxim Pozdorovkin's animated documentary "The Conspiracy," which examines the antisemitic canard that Jews run the world. (Courtesy of Third Party Films, Hirsch/Stern Productions and Story Syndicate)
Advertisement

(New York Jewish Week) — With over 200 screenings and dozens of related events, DOC NYC — which bills itself as America’s largest documentary film festival — is now underway.

This year, the festival features in-person screenings at various theaters through Thursday, Nov. 17, and continues online through Sunday, Nov. 27.

This Israeli documentary tracks the harrowing 2016 terror attack in Sarona Market in Tel Aviv. Using raw footage from closed circuit cameras, the film leads audiences through the events of that night. Testimony from Jewish and Arab survivors illuminates their experiences and the personal repercussions of this kind of trauma.

This timely-as-ever animated documentary, narrated by Mayim Bialik, offers a look at the age-old conspiracy theory that Jews run the world. The film brings viewers  through more than 200 years of antisemitic ideology, and investigates why and when these theories take hold, especially during times of uncertainty. With voice acting from Liev Schreiber, Lake Bell, Jason Alexander and Ben Shenkman. The film’s world premiere will be at the festival’s closing night on Thursday, Nov. 17.

A tender portrait of 13-year-olds across the globe, including a Jewish boy preparing for his bar mitzvah, this documentary trains its eye on a generation coming of age in an especially complicated time.

4. “Idina Menzel: Which Way to the Stage”

This Disney+ documentary follows the Tony Award-winning Jewish actress and singer Idina Menzel — famous for her performances in Broadway’s “Rent” and “Wicked,” as well as Elsa in “Frozen” —  as she tours the country in preparation for her debut headlining Madison Square Garden. Interviews include intimate stories from the performer’s life, including her experiences with IVF.

An intimate and deeply personal story of the filmmaker’s father as he chooses to end his own life, legally, in California at age 92. The film features the director’s older sister, Rabbi Rachel Timoner of Congregation Beth Elohim in Park Slope, who in the trailer grapples with her role as both family member and clergy. Check out JTA’s interview with the director here.