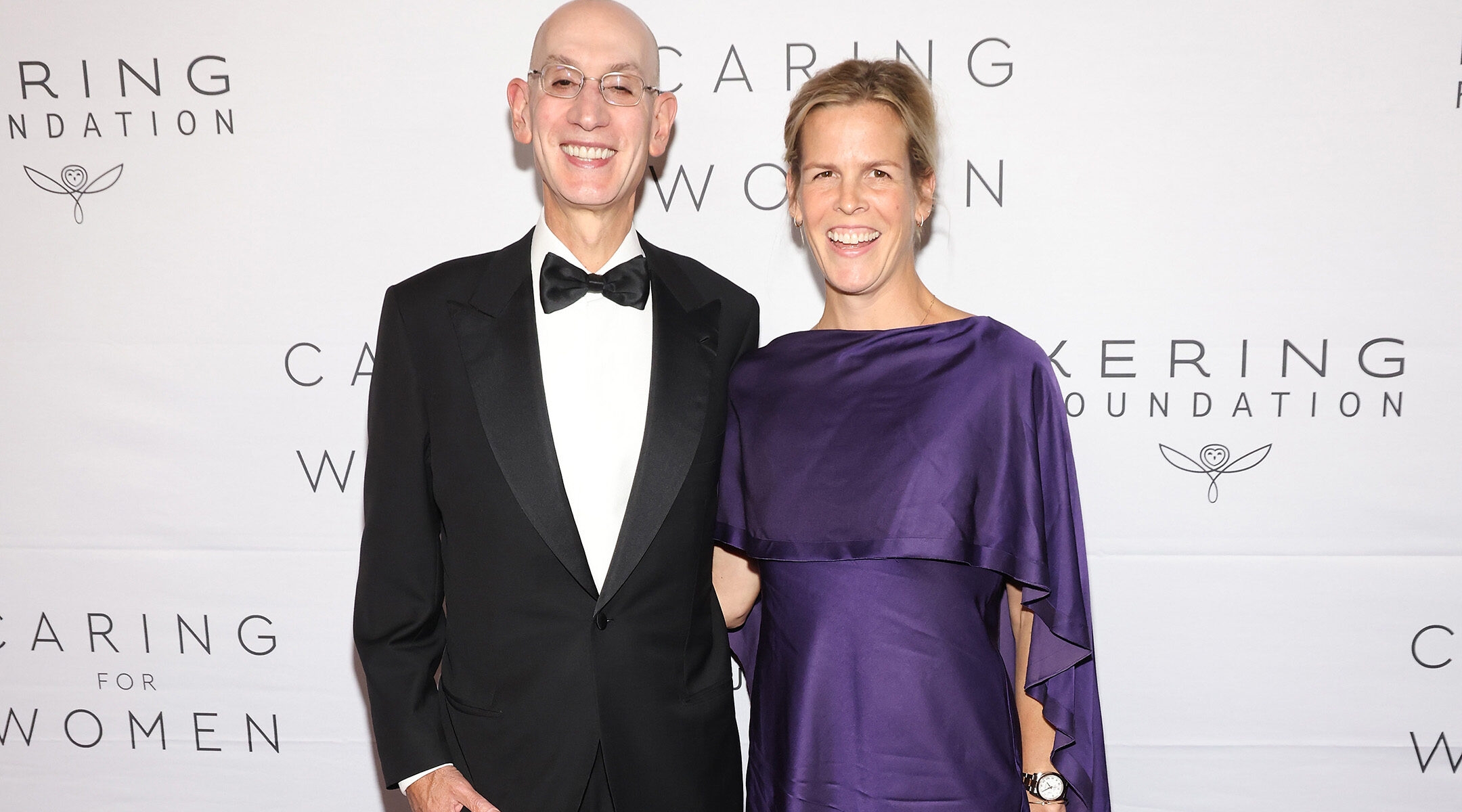 (JTA) — The NBA’s Jewish commissioner says he does not believe Kyrie Irving, the Brooklyn Nets star currently suspended amid an antisemitism scandal, is himself antisemitic.

Irving ignited controversy last month when he shared a link to an antisemitic movie on Twitter. The link, which he did not elaborate upon, promoted a film called “Hebrew to Negroes: Wake Up Black America” that is packed with antisemitic tropes. After first batting back criticism, Irving deleted the tweet.

Retired basketball great Charles Barkley called out Silver last week for not discipling Irving, saying during a TV appearance, “I think Adam should have suspended him. First of all, Adam’s Jewish.” The next day, the Nets suspended Irving and later outlined six steps he must take to return to the court, including making a $500,000 donation to anti-hate causes and undergoing sensitivity training.

Silver had said last week that he was “disappointed” with Irving, but after meeting with the Nets guard this week, he told The New York Times on Thursday that he had spoken to Irving and was not concerned about his motives.

“We had a direct and candid conversation,” Silver said. “He’s someone I’ve known for a decade, and I’ve never heard an antisemitic word from him or, frankly, hate directed at any group.”

Silver later added, “Whether or not he is antisemitic is not relevant to the damage caused by the posting of hateful content.”

Silver’s comments come amid growing questioning of the steep punishments imposed on Irving in the wake of the tweet, which he posted in the middle of an uproar against antisemitic comments made by rapper Kanye West that overlapped with the themes of the movie Irving promoted.

Lebron James, arguably the most influential player in basketball today said Thursday that Irving was wrong to post the link but that the demands he faces to return to the court are “excessive.” Meanwhile Amar’e Stoudemire, a retired player and current coach who is Jewish, indicated in an Instagram post Saturday night that was later deleted that he thought Irving’s punishment might be too harsh.

Deni Avdija, the NBA’s only current Israeli player and has proudly touted his Jewish identity, has said he supports the Nets’ decision to suspend Irving.