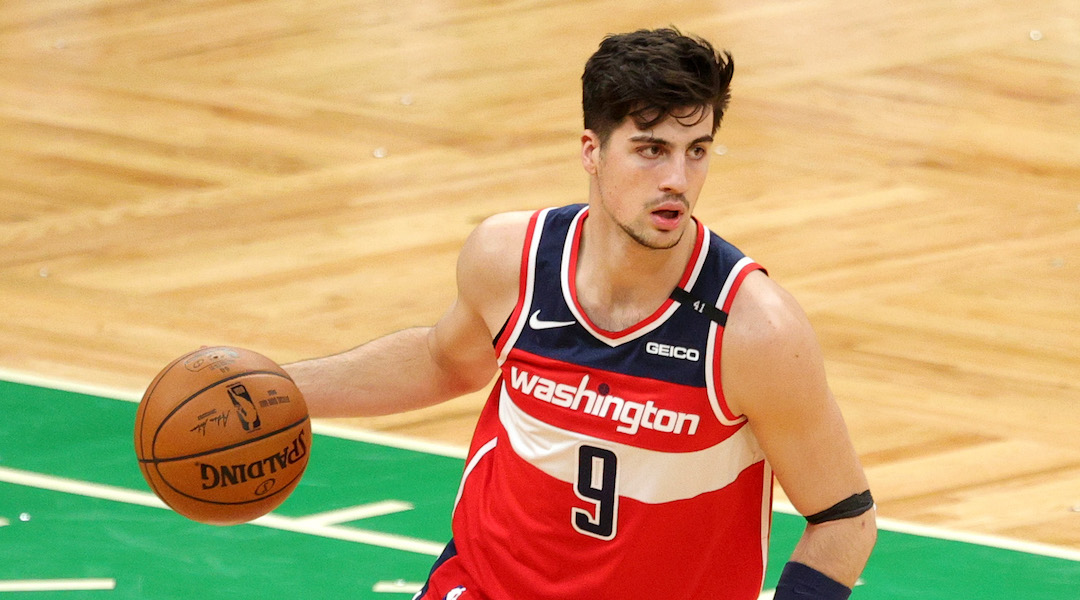 Deni Avdija in action during a game against the Boston Celtics at TD Garden in Boston, Jan. 8, 2021. (Maddie Meyer/Getty Images)
Advertisement

(JTA) — As the only Israeli in the National Basketball Association, Deni Avdija has not been shy about his Jewish and Israeli pride.

The 21-year-old has shared Hanukkah with his Washington Wizards teammates, spoken at the team’s Jewish Heritage Night and attempted to grow the NBA’s popularity grow in Israel.

After multiple violent attacks in Israel in the past week, Avdija again used his platform to express support for his home country.

Before Washington’s Wednesday night home game against the Orlando Magic, Avdija wrote “Am Yisrael Chai” (“the Jewish people live”) and drew Stars of David on his sneakers. It is not the first time he has used his basketball shoes to share a Jewish message — last year he called attention to Holocaust remembrance day.

“My heart is with Israel,” Avdija told reporters, according to Israel Hayom. “I am very sad to hear about what is happening in Israel. There are things that are bigger than basketball and with how much I try to represent us in the NBA, it is difficult for me.”

He continued: “My friends and family are in Israel, I watch the news almost every day, I watch Israeli TV. My heart goes out to the families and to the people of Israel, let’s hope it ends as soon as possible. I will not get into politics, but I am sending a hug and love. It’s hard to watch.”

The 6-foot-9 small forward has appeared in all 76 of the Wizards’ games this season, starting in six. He is averaging 8.1 points per game.

Avdija made history as the highest-drafted Israeli in NBA history when he was selected ninth overall in the 2020 NBA draft.