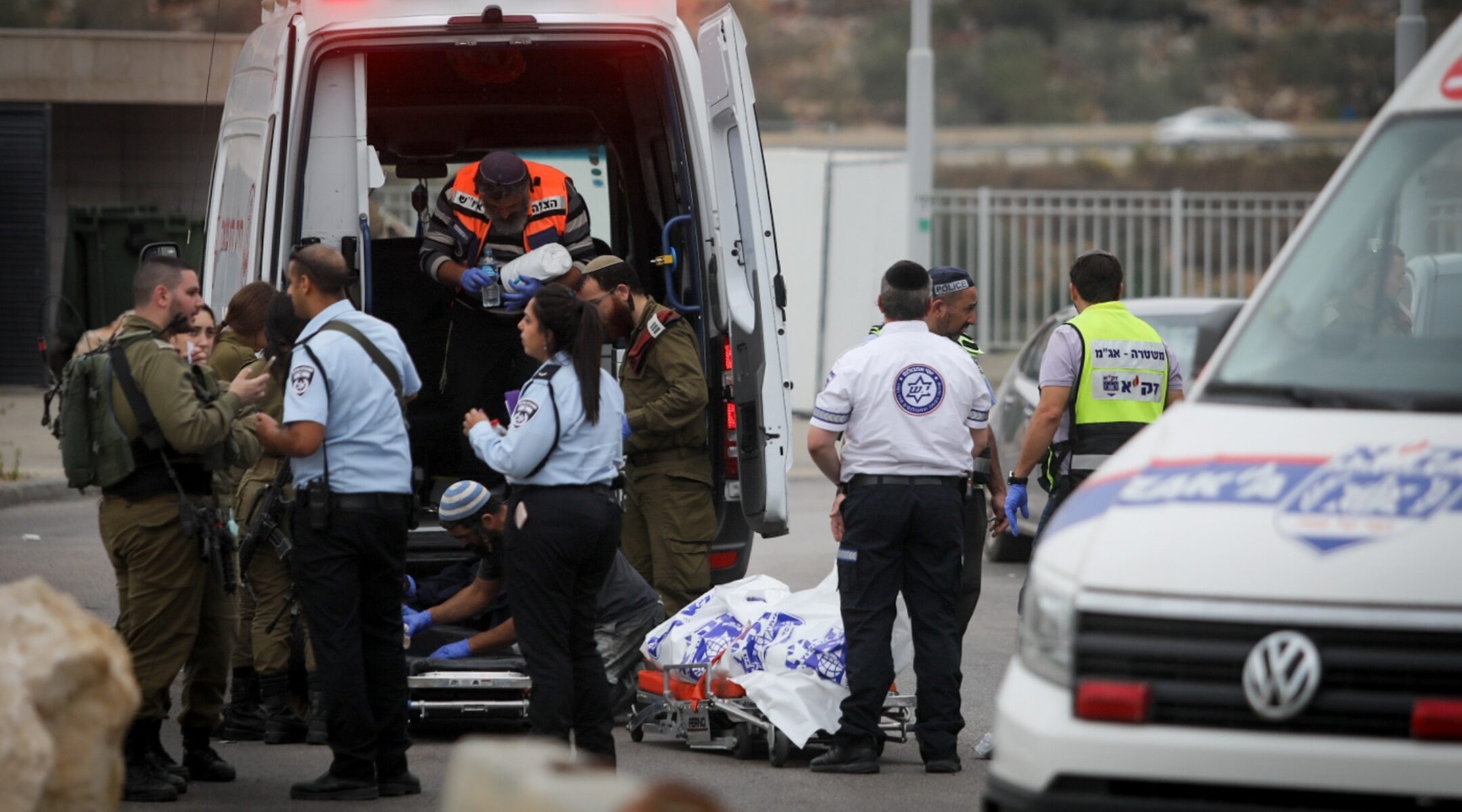 Medics remove the body of a man murdered in a stabbing attack earlier outside Ariel, in the West Bank, Nov. 15, 2022. (Flash90)
Advertisement

(JTA) — A Palestinian assailant killed three Israelis in an extended attack before being shot dead in the northern West bank settlement of Ariel on Tuesday.

The attack comes after a period of relative calm following a wave of Palestinian stabbing attacks in the spring, which spurred a series of Israeli raids in the northern West Bank that have fueled tensions.

Souf reportedly had a permit to enter the Ariel industrial zone. After the attack, Israeli troops searched Souf’s nearby home village, Hares, and arrested several members of his family, according to the Haaretz report.

Israeli Prime Minister Yair Lapid condemned the attack as did his soon-to-be successor, Benjamin Netanyahu, who is close to forming a government after winning Nov. 1 elections. Netanyahu campaigned in part by saying that Lapid was not forceful enough in countering terrorism. One of Netanyahu’s likely coalition partners, Itamar Ben-Gvir, a leader of the Otzma Yehudit Party, wants to institute the death penalty for terrorists and loosen open-fire rules for soldiers and police responding to perceived threats.