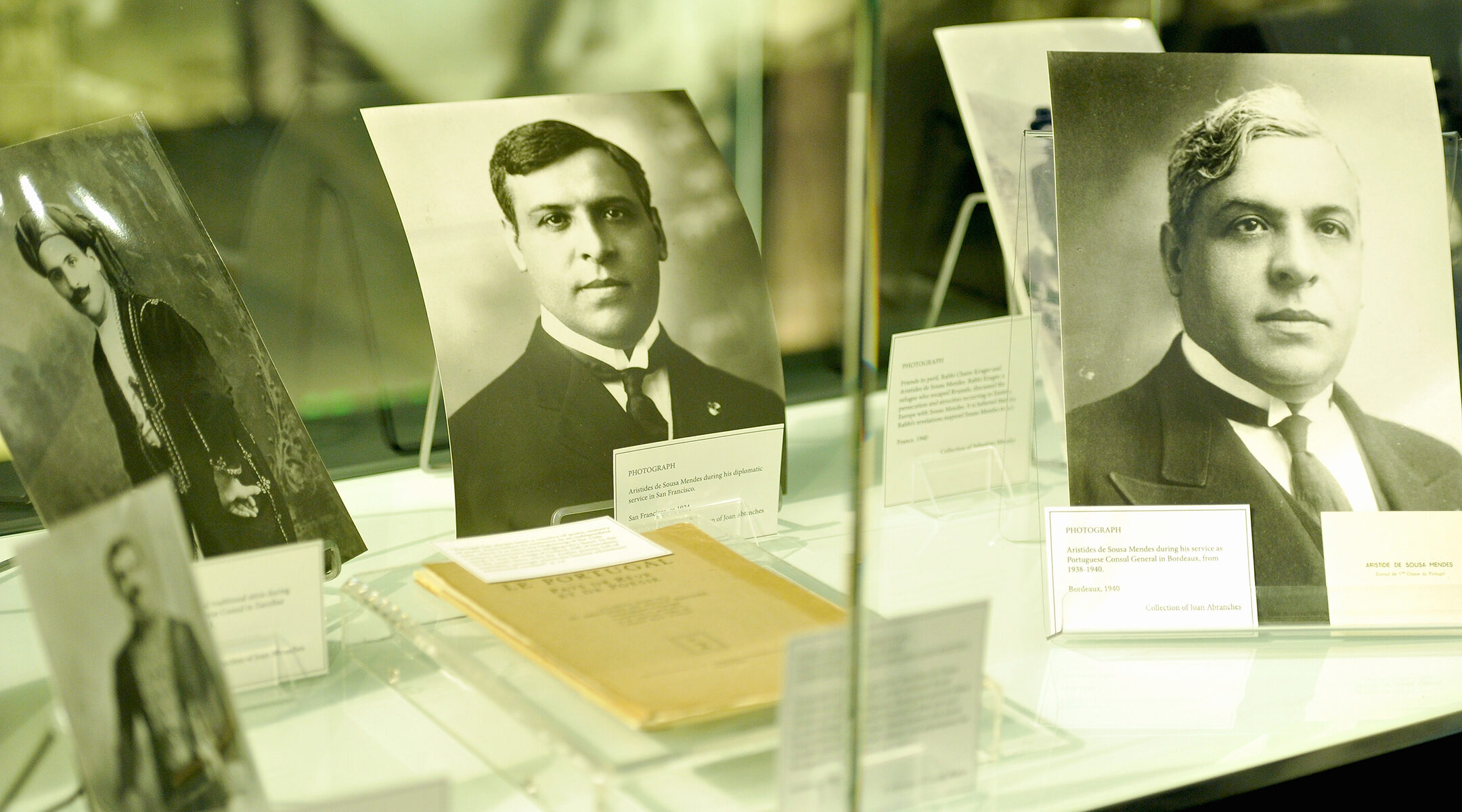 (JTA) — A plaza in Jerusalem’s Kiryat Hayovel neighborhood has been named after Aristides de Sousa Mendes, a Portuguese diplomat who saved thousands of lives during the Holocaust but spent the rest of his life as a social pariah.

“This small corner of Jerusalem, the eternal city, now carries the name of a hero,” Jerusalem Mayor Moshe Lion announced at a ceremony last week. “Think of the many thousands who will pass by here every day. Many of them, perhaps, Jews who were saved because of the bravery of ambassador Sousa Mendes.”

Sousa Mendes served as consul in Bordeaux in 1940 and gave visas to an estimated 10,000 Jewish refugees as the Nazis rose to power in Europe. Risking danger to himself and his family, Sousa Mendes saved an estimated 30,000 people total despite the “circular 14” decree issued by Portuguese dictator Antonio Salazar, which banned Portuguese diplomats from supplying Jews with visas.

Mendes was recognized with a monument in Lisbon in 2020 and had an airplane named after him in 2014, but his actions were not widely acknowledged during his life. He was recalled back to Lisbon during the war, blacklisted and subsequently fell into poverty. Lisbon’s Jewish community fed him and his family in their community soup kitchen.

“He lost everything,” Olivia Mattis, president of the Sousa Mendes Foundation and a descendant of one of those he saved, told The Times of Israel.

Mendes was posthumously recognized as a Righteous Among the Nations — a title conferred on behalf of the State of Israel by the Yad Vashem Holocaust museum in Jerusalem to non-Jews who risked their lives to save Jews during the Holocaust.

“Paying tribute to this man today is an opportunity to look inside ourselves in search of values of peace, love, humanity and compassion for each other,” said Jorge Cabral, Portugal’s ambassador to Israel, at the plaza naming ceremony.