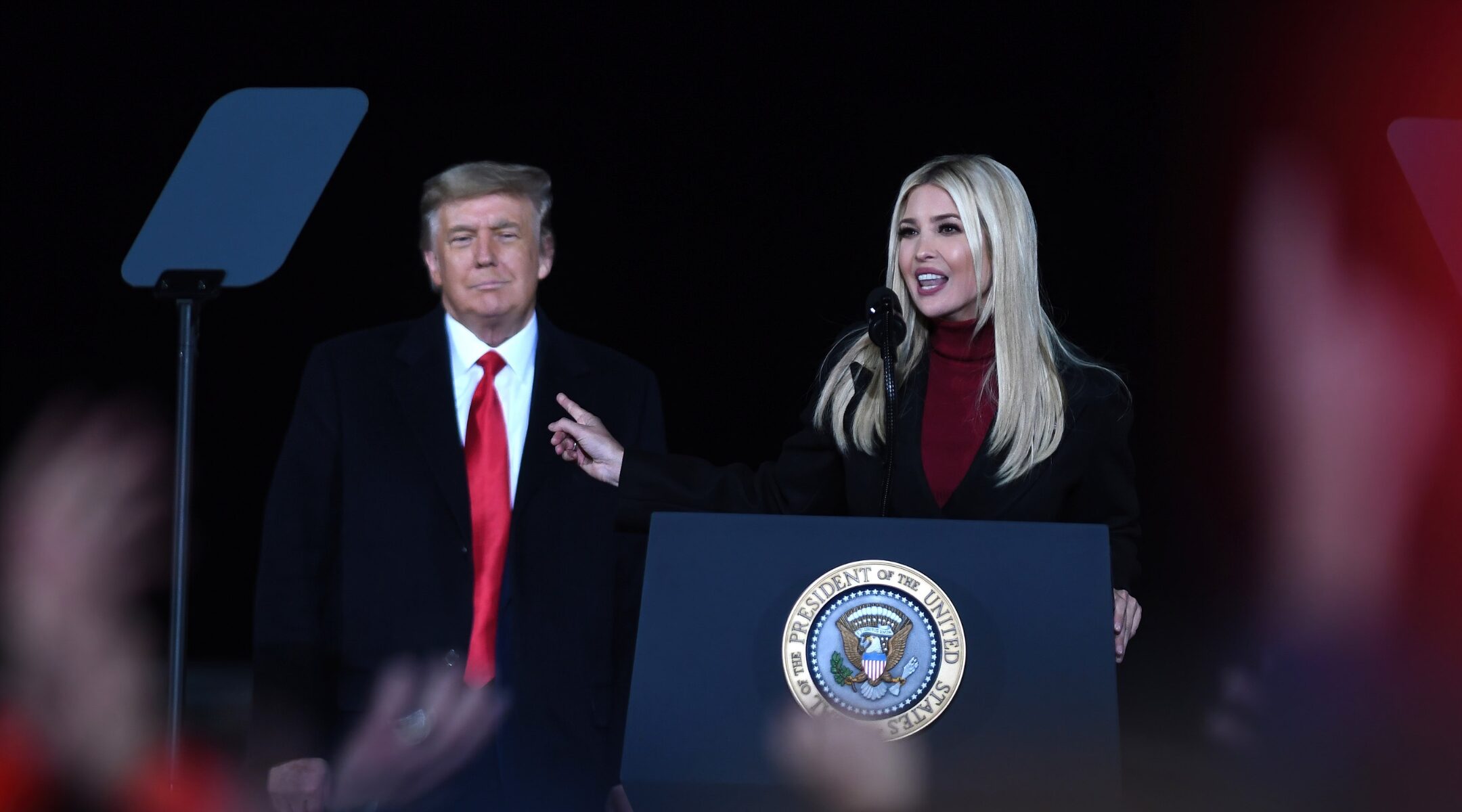 (JTA) — As Donald Trump announced his third run for president, his daughter Ivanka Trump, who served as a senior adviser in his administration, announced she would not be involved in his campaign or in politics going forward.

In a statement shared in an Instagram story on Tuesday night, Ivanka Trump wrote:

I love my father very much.

This time around, I am choosing to prioritize my young children and the private life we are creating as a family. I do not plan to be involved in politics. While I will always love and support my father, going forward I will do so outside the political arena.

I am grateful to have had the honor of serving the American people and I will always be proud of many of our Administration’s accomplishments.

Trump is married to Jared Kushner, who is also Jewish and was also a top adviser to the former president. The couple sends their children to a Modern Orthodox day school, and Kushner’s Shabbat observance was the topic of frequent media speculation. Ivanka Trump converted to Judaism in 2009, before marrying Kushner.

Kushner was highly involved in the Trump administration’s Middle East peace efforts and in the negotiations that led to the Abraham Accords normalization agreements, along with several other White House initiatives, including a coronavirus response task force. Ivanka Trump headed the administration’s Office of Economic Initiatives and Entrepreneurship, and she had her father’s ear on a range of policy and personnel decisions, raising ethics questions along the way as she kept an ownership stake in her clothing business.

But since the end of Trump’s term, the couple has worked to avoid the spotlight, moving to South Florida and refusing interviews. Reports have swirled that the pair have sought to distance themselves from Donald Trump and his political network.

In June, during the U.S. House of Representatives Select Committee’s investigation into the deadly Jan. 6 insurrection, Ivanka Trump and Kushner both indicated that they privately accepted the former president’s loss of the 2020 election. Donald Trump has consistently denied the results of that election, won by President Joe Biden.