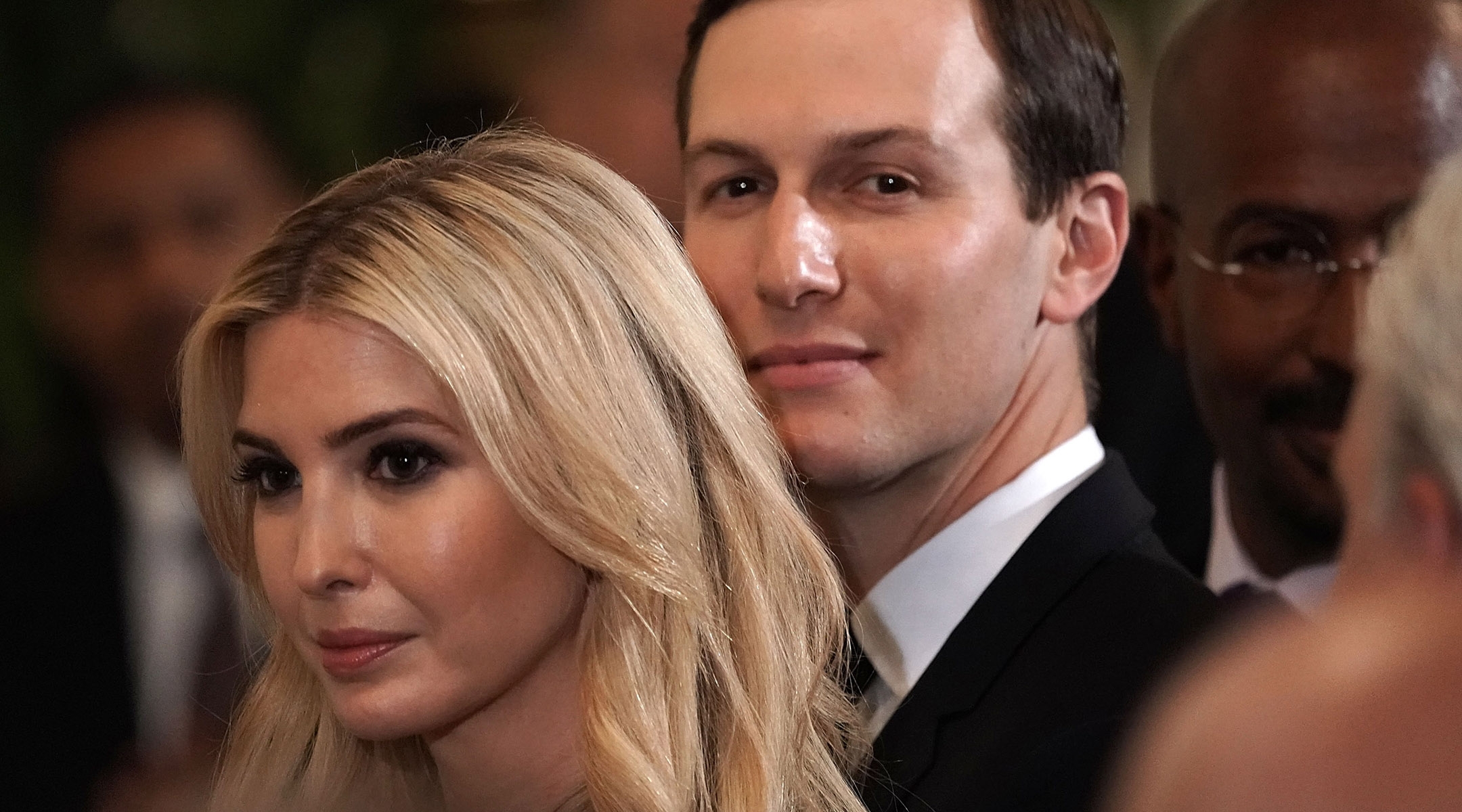 WASHINGTON (JTA) — In testimony to the congressional investigation of the deadly Jan. 6, 2021 insurrection, Donald Trump’s Jewish daughter and son-in-law made clear how much they had distanced themselves from the former president.

Their statements, which reinforce the U.S. House of Representatives Select Committee’s depiction of a president determined to hold onto power by whatever means possible, underscore how far the couple has strayed from the influence they enjoyed over Trump during most of his presidency.

The previously unreported statements by the couple with influential roles in the Trump administration were revealed Thursday during the Jan. 6 Committee’s prime-time broadcast of its findings, the first in a series.

Jared Kushner, in a video excerpt, said he was too busy organizing presidential pardons to pay attention to threats by the White House counsel, Pat Cipollone, and others to resign because of Trump’s efforts to stay in power based on his false claims he won the election.

“Like I said,” Kushner said, “my interest at that time was on trying to get as many pardons done. Him and the team were always saying, ‘Oh we are going to resign, we are not going to be there if this happens, if that happens.’ So I kind of took it up to just be whining, to be honest with you.”

Kushner was the lead official vetting the pardon requests. Trump’s pardons in his final days drew scrutiny because they disproportionately favored his supporters and others who were close to him. A number of them were close to Kushner, including Kushner’s father Charles and Ken Kurson, who worked for Kushner when he owned the New York Observer. Kushner’s failure to include people favored by other Trump acolytes created tensions in the Trump camp.

In another brief excerpt shown, Ivanka Trump said she was convinced her father lost the election as early as Dec. 1, 2020, when the then-attorney general, William Barr, told the president as much.

“It affected my perspective. I respect Attorney General Barr, so I accepted what he was saying,” she said.

But Ivanka Trump continued to publicly back her father’s efforts to overturn the election through the courts. On Jan. 6, when the insurrectionists sought to stop Congress’s certification of Joe Biden’s election as president, she reportedly tried to get him to call off the mob attacking the Capitol.

Her declaration of respect for Barr was notable: Tensions between Trump and Barr over the election led to Barr’s resignation that December, and the two have lacerated each other in public statements since then.

Trump, in a posting Friday on his social media site, said his daughter “was not involved in looking at or studying election results. She had long since checked out and was, in my opinion, only trying to be respectful to Bill Barr and his position as attorney general (he sucked!)”

Trump continues to press the false claims that he won, and has sought to damage any Republican politician who strays from that line, most prominently Wyoming Rep. Liz Cheney, the senior Republican on the committee, who included the Kushner and Ivanka Trump excerpts in her presentation.

The statements made public confirm reports that Kushner and Ivanka Trump had distanced themselves from Trump since the election. Kushner and Ivanka Trump moved to Florida, where Trump is now based — but to Miami, more than an hour’s drive from his Mar-a-Lago resort in Palm Beach. (South Florida emerged as a hot destination for Orthodox Jewish families from New York, like their family, during the pandemic.). Kushner’s father appears to be backing Nikki Haley, Trump’s U.N. ambassador, who is considering a presidential run in 2024, when Trump is also considering a second run at the White House. Trump’s son, Donald Jr., has replaced Kushner as his most trusted political adviser.

Kushner was among the leading figures in 2016 who shepherded Trump to victory, and led some of his signature policy issues, most notably the Abraham Accords, the normalization agreements between Israel and four Arab countries.

The New York Times earlier this week reported that Kushner had decided he was done with the Trump presidency within a day or two of the election, and focused instead on pardons, on wrapping up the Abraham Accords and on cultivating business ties among the Arab leaders he had befriended while he led Middle East negotiations.

The hearing Thursday during prime time was led by its chairman, Mississippi Rep. Bennie Thompson, a Democrat, and Cheney, his deputy. Its overarching theme was that the Jan. 6 riot was not spontaneous but the culmination of months of plotting by Trump and those close to him. Much of its focus was on the Proud Boys and the Oath Keepers, far-right groups with members who have been indicted for their roles in the riots.