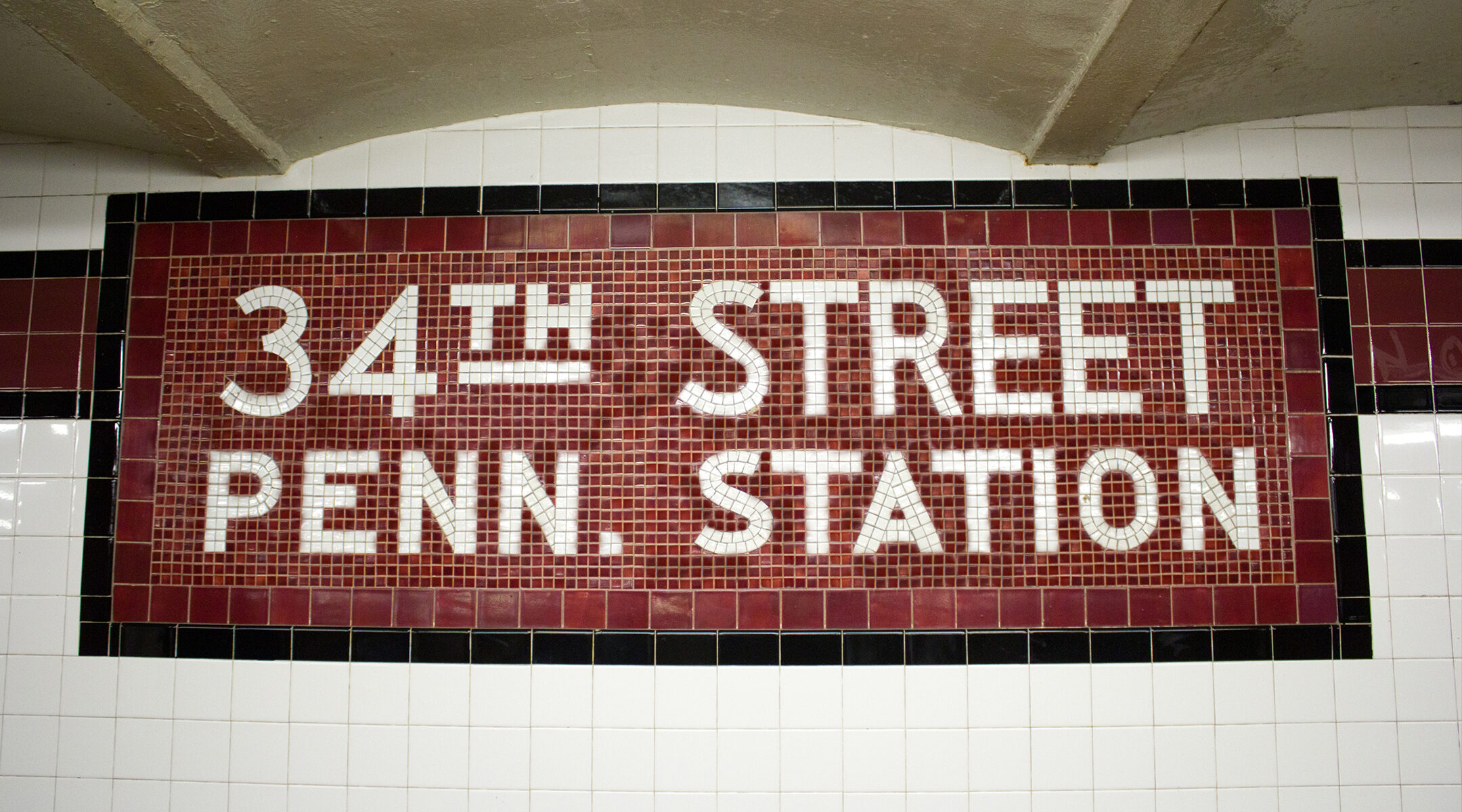 (New York Jewish Week) — Two men were arrested on Saturday at Pennsylvania Station in Manhattan for what the New York Police Department called “a developing threat to the Jewish community.”

One of the men had traveled to New York City after posting on social media that he might “shoot up a synagogue and die,” law enforcement sources told local and national media organizations. Officers seized weapons, including an illegal firearm and a large hunting knife; ammunition; and a Nazi armband apparently belonging to the suspects, according to the reports.

NYPD Commissioner Keechant Sewell announced the arrests in a statement, in which she said the police department was strategically deploying resources to “sensitive locations” throughout the city due to the threat.

Sewell said the NYPD and FBI had worked together to swiftly “gather information, identify those behind it and operationally neutralize their ability to do harm.”

The NYPD had alerted officers late Friday to be on the lookout for Christopher Brown, 22, noting that he had a history of mental illness, had made threats to synagogues and that “should be considered armed and dangerous.”

The alert said Brown had indicated online that he was interested in traveling from his home in Aquebogue, Long Island, to New York City in order to purchase a weapon.

Sewell said that officers patrolling Penn Station noticed Brown early on Saturday and arrested him, along with a second man, Matthew Mahler of Manhattan. Brown is being charged with making a terroristic threat, aggravated harassment and criminal possession of a weapon, the NYPD said, while Mahler is being charged with possessing a weapon.

“Today, we’re extremely grateful to NYPD investigators and our law enforcement partners who uncovered and stopped a threat to our Jewish community,” Sewell tweeted. “This morning’s arrests in Penn Station and weapon seizures are proof of their vigilance & collaboration that keeps New Yorkers safe.”

The arrests come just weeks after the FBI warned synagogues in New Jersey about a “credible threat” made to them; the NYPD heightened security at city synagogues as a precaution. The FBI later announced that a 19-year-old man who said he had sworn allegiance to ISIS had been arrested for making the threat.

The arrests also come a time of heightened anxiety about antisemitism in New York City and beyond. The NYPD has recorded an increase in the number of antisemitic incidents reported to it, a trend that matches tallies released by cities and countries around the world in the last year. Meanwhile, celebrities Kanye West and Kyrie Irving have ignited concerns about antisemitism with their comments and tweets, and turmoil at Twitter has fueled a rise in hate posts, including about Jews, according to watchdogs who monitor the social media platform.

Brown had begun tweeting about shooting up a synagogue on Nov. 12, according to CNN’s report about the New York City arrests.

The Community Security Service, a Jewish security nonprofit organization, released a statement late Saturday saying that it had been in contact with federal and local law enforcement agencies over the past day.

“As always, we ask the community to remain vigilant, but no further immediate community actions are needed at this time,” the statement said.