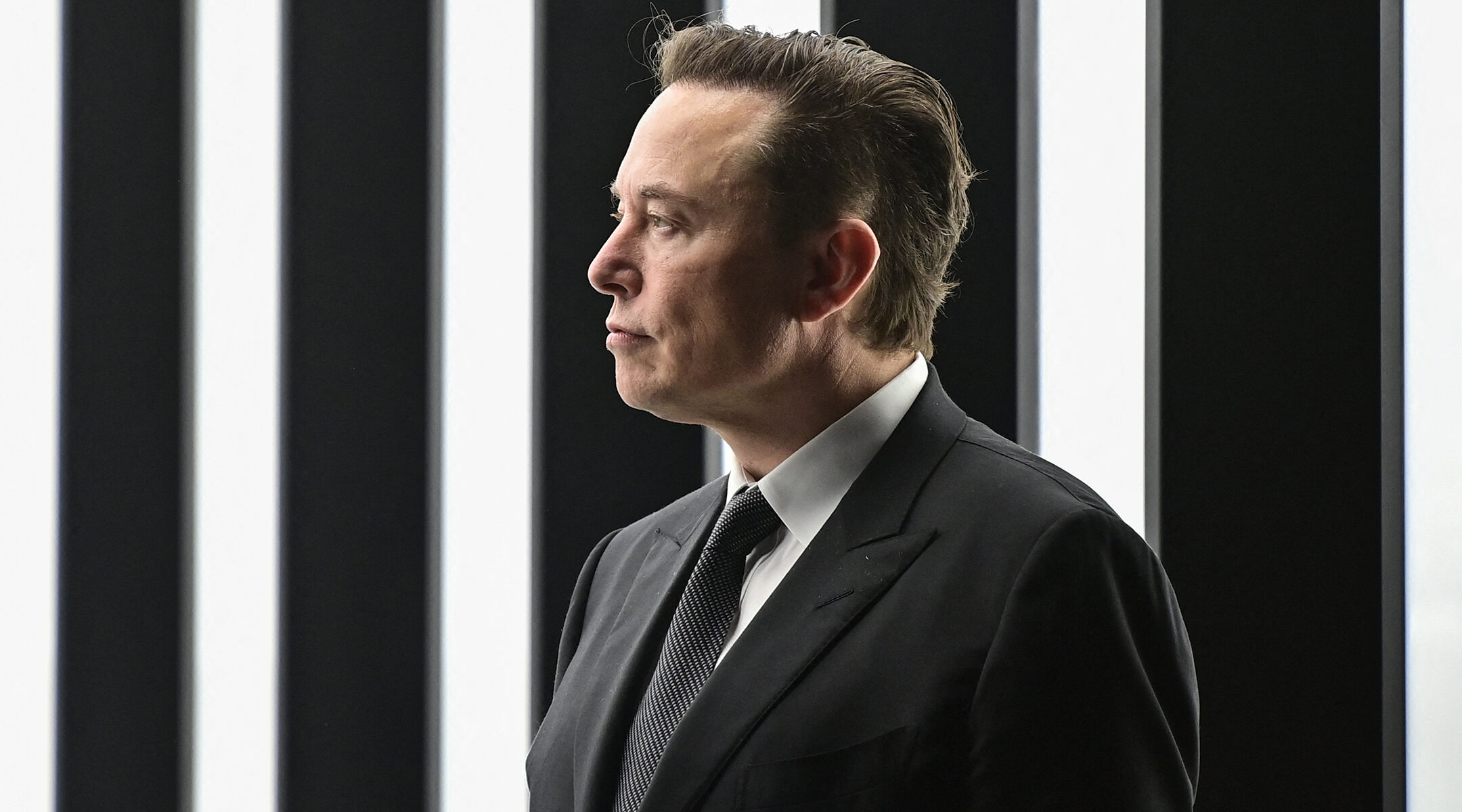 (JTA) — Jewish groups thought Elon Musk was listening to them about antisemitism on Twitter. Then Kanye West came back.

In the week after the rapper who now goes by Ye lost most of his endorsements due to his antisemitic rants, and amid an apparent uptick in broader antisemitic content on the platform, the Anti-Defamation League met with Musk, the social media giant’s mercurial new owner, about keeping hate speech off the site.

Three days later, all goodwill from the meeting has devolved, as anti-Jewish content on Twitter is experiencing a “prolific surge,” according to the Network Contagion Research Institute, a firm that monitors the spread of online hate and disinformation. The institute said Friday that “terms associated with Jew are being tweeted over 5,000 times per hour,” and that “the most engaged tweets are overtly antisemitic.”

Meanwhile, West has begun calling out individual Jews, such as music mogul Scooter Braun and the sports branding businessman Jamie Salter, on his account, and online networks of antisemites have seized on Musk’s ownership as an opportunity to launch a full-court press of hateful content on the site.

Now, instead of working alongside Musk to develop new content moderation tools, the ADL is calling on all advertisers to suspend their relationship with Twitter, while offering a harsh critique of Musk’s leadership.

“We met with Elon Musk earlier this week to express our profound concerns about some of his plans and the spike in toxic content after his acquisition,” the Stop Hate For Profit coalition, a group that includes the ADL, said in a statement. “Since that time, hate and disinformation have proliferated, and he has taken actions that make us fear that the worst is yet to come.”

The group’s relationship with Musk came off the rails with stunning speed. At their initial meeting, the ADL and various members of the coalition including the NAACP, Color of Change, the Asian American Foundation and media equity advocacy group Free Press had pushed Musk to develop robust content moderation tools.

The groups also tried to get Musk to stop tweeting out conspiracy theories and problematic content himself. The entrepreneur had previously tweeted, then deleted, a link to a right-wing conspiracy theory involving a man who had attacked House Speaker Nancy Pelosi’s husband at his house (the attacker himself was active in many antisemitic conspiracy theories online).

Musk tweeted approvingly about the ADL meeting afterward (a move that enraged some of his antisemitic fans), and ADL Vice President Yael Eisenstat told Protocol that Musk had assured the groups he didn’t want Twitter to become “a hate amplifier.” 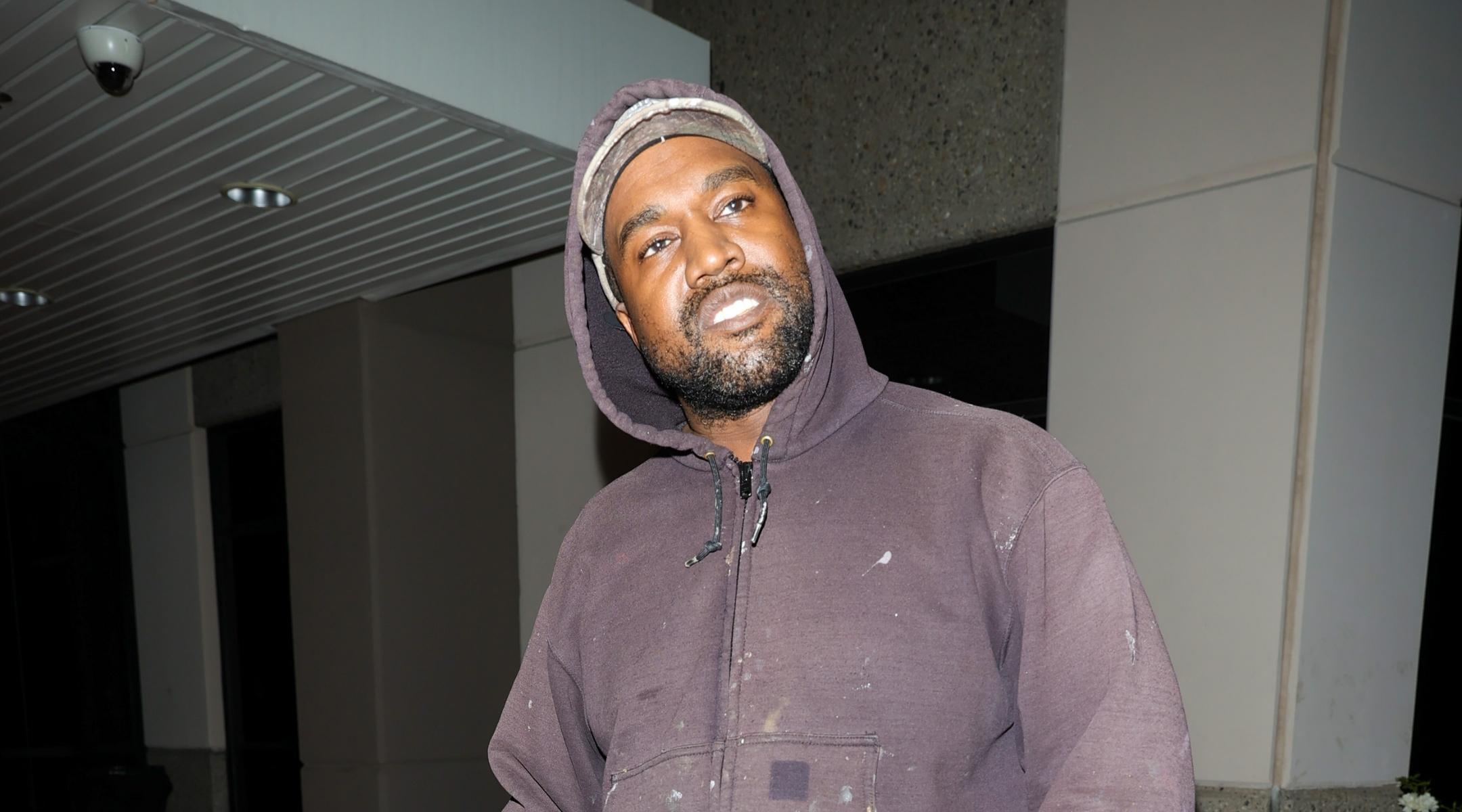 But by late Thursday, West — one of Twitter’s most popular users, with 38 million followers — began his latest antisemitic tirade on the platform, which he had recently been reinstated on following a suspension for hate speech. Musk said he played no role in West’s reinstatement.

Seemingly prompted by the media attention given to Brooklyn Nets player Kyrie Irving in the wake of the star guard’s own antisemitism controversy, West posted a series of conspiratorial messages about various Jewish figures. Beyond Braun and Salter, he called out celebrity personal trainer Harley Pasternak and Amar’e Stoudemire — the former NBA star who converted to Orthodox Judaism in 2020 and had a brief stint as a Nets assistant coach.

“You can’t be antisemite when you know you are Semite,” West tweeted in defense of Irving, who shared a link to an antisemitic documentary. Irving had expressed the same idea in a press conference on October 29, which led the Nets to suspend him. He later apologized for his rhetoric.

In later tweets, West said, “They make us bully ourselves because of our business alignments.”

Referring to Stoudemire, who is Black and who criticized Irving for his refusal to condemn antisemitism, West wrote, “They make us attack each other[,] even our brothers who know who we truly are.”

The wording of West’s tweets made reference to common tropes that have circulated among Black Hebrew Israelite communities, including that they are the genealogical descendants of the ancient Israelites. As of Friday afternoon, West’s account remained active on Twitter.

Also recently reinstated on Twitter: the account of Mark Finchem, Arizona’s Republican nominee for secretary of state, whose account had been suspended. Finchem, who has received a reported $10,000 in donations from far-right anti-government militia the Oath Keepers despite his own insistence he is not a member of the group, regularly tweets references to Jewish billionaires George Soros and Mike Bloomberg “funding” his Democratic opponent. He has also proudly accepted the endorsement of Andrew Torba, an outspoken antisemite and founder of the Gab social media platform, which is rife with antisemitic users.

Finchem’s account was restored a little over a week prior to midterm elections and prior to Musk’s meeting with the ADL. The candidate, who also denies the results of the 2020 election, thanked Musk for reinstating him, declaring, “Twitter is much better with you at the helm.”

Like other right-wing politicians and media figures who make regular references to Soros, Finchem has said such behavior is not antisemitic. He refuted a charge of antisemitism by declaring, “I love the Jews,” but has also frequently employed language calling his opponents “Marxists,” a charge that, historically, antisemites dating back to Great Depression-era radio preacher Father Coughlin have directed at liberal or secular Jews.

All of this activity came as Twitter employees braced themselves for a round of mass layoffs Friday, with as many as half of the company’s 7,500 jobs reportedly on the line — sowing further chaos at the company as Musk has sought to rethink its top-down operations. The layoffs could endanger future efforts to craft coherent new policies around how content is moderated and how accounts are reinstated. Musk said that such a process would take “weeks.”

As Musk moved forward with his plans, and threats of real-world violence at synagogues multiplied, Jewish users expressed anger and frustration. A few said they would leave altogether.

So basically Kanye is posting unhinged antisemitism constantly on here.

And since Twitter no longer has a functioning content moderation team and his buddy @elonmusk owns the company, it seems he’ll get to keep posting without any consequences to his 30 mil+ followers.

Kanye back on Twitter doing more antisemitism while my shul is shut down due to anti-Jewish terrorism. Love this for us. Thanks, Elon.

“At this point in time, we are calling on advertisers to pause their spend globally until it becomes clear whether Twitter remains committed to being a safe place for advertisers as well as society overall,” Stop Hate For Profit said in its statement.