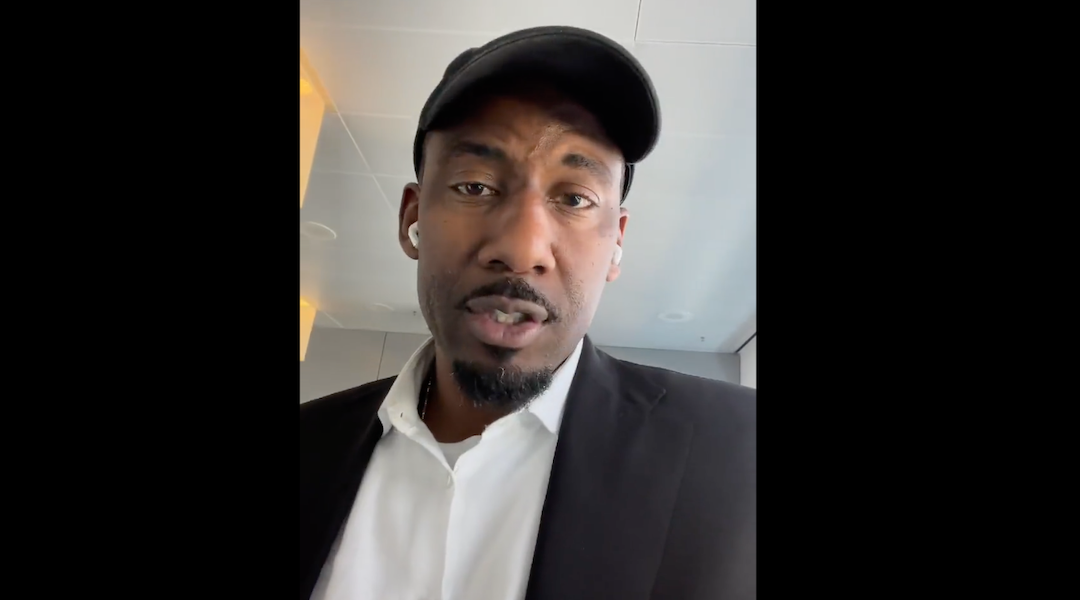 Amar'e Stoudemire speaks in an Instagram video about his leaving the Brooklyn Nets, May 18, 2022. (Screenshot)
Advertisement

(JTA) — Former basketball star Amar’e Stoudemire raised some eyebrows when he disclosed last week that he is leaving the NBA’s Brooklyn Nets after two seasons as a player development assistant coach. His comments about how the situation surrounding notoriously unvaccinated star player Kyrie Irving hurt the team’s chemistry made headlines, and some speculated that Stoudemire’s relationship with the Nets might have soured over time.

But on Wednesday, Stoudemire aimed to set the record straight in a video on his Instagram page: the real reason he is leaving the job is because it has interfered with his Shabbat observance.

Stoudemire, a former NBA All-Star who has steadily grown more religious over the past decade and formally converted to Judaism while living in Israel in 2020, said that he told Nets coach Steve Nash that he has not been able to “grow in the coaching space because I don’t work on Shabbat.”

Stoudemire also talked about Kyrie Irving’s religiosity and activism; the Nets guard has become an observant Muslim in recent years and has spoken out about racism in the United States.

“Criticizing Kyrie — why would I criticize someone who’s [the same] as I am? I also fast during the NBA season, for Yom Kippur,” he said. “I’m also a guy who’s an activist who speaks about African-American communities and so forth.”

Stoudemire played for the New York Knicks and Phoenix Suns and, from 2016 to 2019, he played for the Israeli team Hapoel Jerusalem, of which he is still part owner, and later for Maccabi Tel Aviv. His well-documented conversion and embrace of Judaism — which has included everything from Orthodox Torah study to starting a kosher wine line to looking for a “shidduch,” or Jewish match — was the subject of an episode of HBO’s “Real Sports with Bryant Gumbel.”