‘Now that Elon is taking over’: Online antisemites see opening as Twitter is handed over to Musk 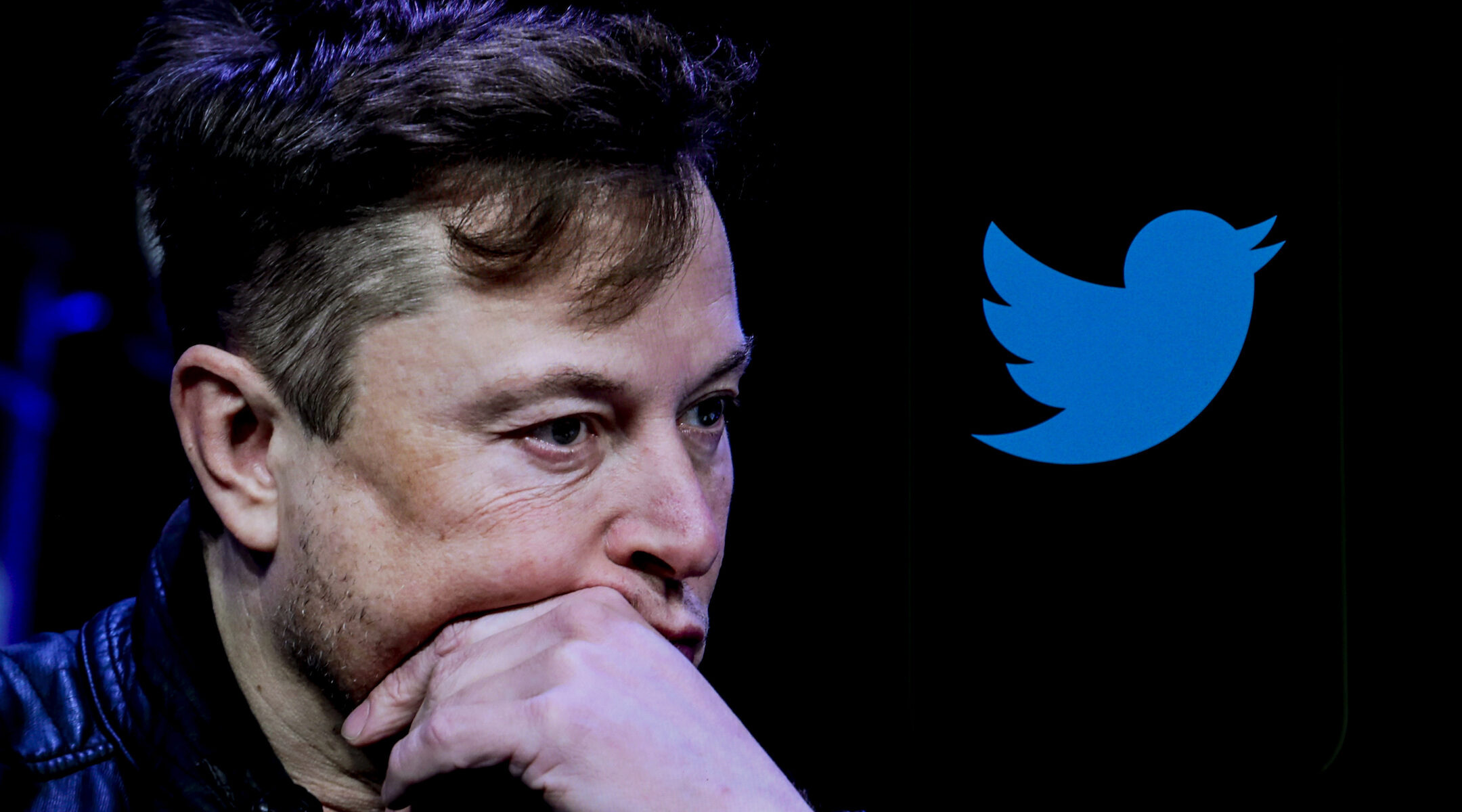 In this photo illustration, the image of Elon Musk is displayed on a computer screen and the logo of twitter on a mobile phone in Ankara, Turkiye on Oct. 6, 2022. (Muhammed Selim Korkutata / Anadolu Agency)
Advertisement

“Now that Elon is taking over Twitter it’s time to finally put our skills to use,” wrote an anonymous user on 4chan, the hate-filled online forum. “There will be maximum chaos at Twitter over the next 48 hours so now is our time to strike while the iron is hot.”

The 4chan user called on others to use the hashtag #TheNoticing while posting antisemitic content on Twitter, especially messages harping on the Nazi-inspired idea that Jews control the world through hidden machinations.

The resulting wave of hateful content on Twitter over the past two days was highlighted by actor Seth Rogen, who is Jewish. He tweeted about the hashtag campaign to his 9.4 million followers on Friday.

“Anyone want to see how much anti-semitism is thriving right now, just check the hashtag #TheNoticing,” Rogen wrote.

Rogen soon deleted the tweet, perhaps because many Jewish users have argued, including this week, that pointing to tweets by antisemites serves to amplify their hateful message.

Given Twitter’s importance as a global social media platform used by world leaders, media figures, and celebrities, Musk’s takeover of the company is being closely watched. Many in the Jewish world are bracing in particular for changes that could lead to the further spread of racist and antisemitic ideas online.

The head of the Anti-Defamation League said Musk’s willingness to welcome Kanye West, the rapper who was suspended this month for antisemitic posts, back to the platform was worrisome.

“We are concerned that Mr. Musk’s acquisition of Twitter may accelerate what ADL has seen repeatedly: the pushing out of marginalized communities from social media,” CEO Jonathan Greenblatt said in a statement Friday.

Musk engendered controversy in the lead-up to his acquisition of the company when he vowed to end what he sees as practices of censorship on the platform. In a message to investors, Thursday, however, he appeared to soften his stance. He said that free speech needed to be balanced with rules that would ensure Twitter is “warm and welcoming to all.”

Musk said his goal was to “have a common digital town square, where a wide range of beliefs can be debated in a healthy manner.” He added that Twitter “cannot become a free-for-all hellscape, where anything can be said with no consequences!”

Still, some Twitter users, including Jewish ones, said they are planning to leave the platform or at least that they expect it to become less hospitable or pleasant for them.

“Ugh. This place is gonna become a hotbed of hate, especially antisemitism,” wrote user Ari Solomon with a link to a news article about Musk’s takeover.