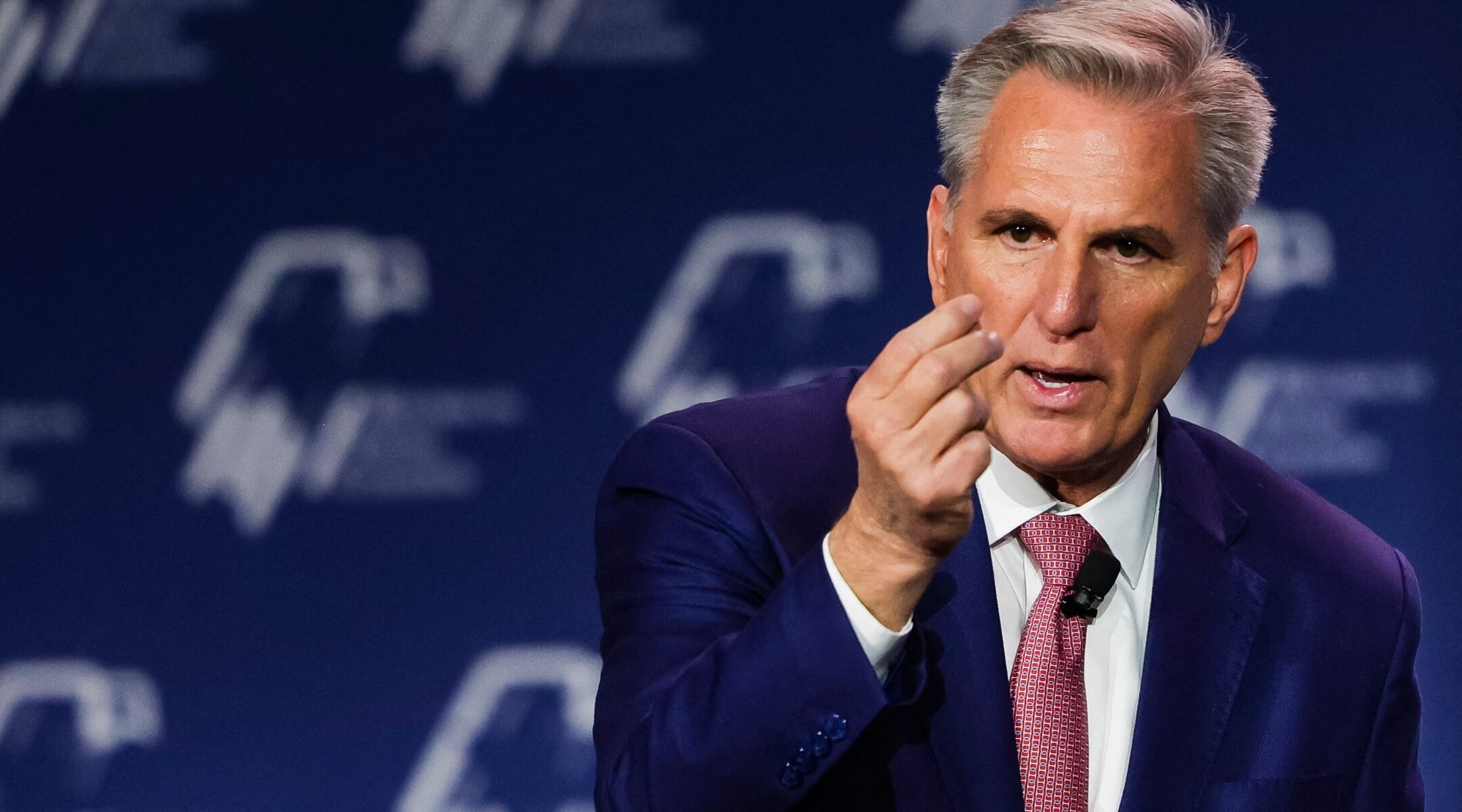 LAS VEGAS (JTA) — Kevin McCarthy, the likely next speaker of the U.S. House of Representatives, said he would remove Ilhan Omar, the Minnesota Democrat, from the House Foreign Affairs Committee, in part because of her criticism of Israel.

He also hinted that her personal criticism of him last year was a factor.

McCarthy, a California Republican whose party just won a narrow majority in the House, was speaking Saturday to the annual Republican Jewish Coalition conference in Las Vegas.

Omar has called for greater congressional oversight of the U.S.-Israel relationship. She has attacked parts of the pro-Israel lobby, at times appearing to invoke themes of Jewish control, which has drawn accusations of antisemitism from some Jewish groups, from Republicans and from some Democrats. (Omar has apologized for some but not all of the remarks that caused offense.) She also supports the movement to boycott Israel.

One of Omar’s most notorious tweets was when she said that McCarthy’s support for Israel was “all about the Benjamins,” slang for $100 bills. She later apologized.  McCarthy’s reference to what Omar said about him may also refer to her calling him “a liar and a coward” last year after he refused to discipline a Republican congresswoman, Colorado Rep. Lauren Boebert, for calling her a member of a “jihad squad” and joking that she feared Omar, a Somali American Muslim, carried a bomb.

In a rare move in 2021, Democrats, who controlled the House, stripped Rep. Marjorie Taylor Greene, a Georgia Republican, of her committee memberships in part for her past embrace of QAnon, a conspiracy movement that has spurred violence. McCarthy then said he would retaliate should he be elected speaker.

Nancy Pelosi, the Democratic House speaker at the time, declined a compromise from McCarthy that would have removed Greene from sensitive committees but allow her to remain on other committees. Saying that Omar “would no longer be on foreign affairs” and not banned from committees suggests that McCarthy may be thinking of the same sort of outcome for Omar.

Jeremy Slevin, Omar’s spokesman, said McCarthy did not care about antisemitism and was only seeking to silence Omar.

Greene “ran an ad holding a machine gun to @IlhanMN’s head and said Muslims couldn’t be in Congress,” Slevin said in a tweet. “Donald Trump led fascist chants of ‘send her back,’ leading to death threats. This has nothing to do with antisemitism and everything to do with silencing her by any means necessary.”