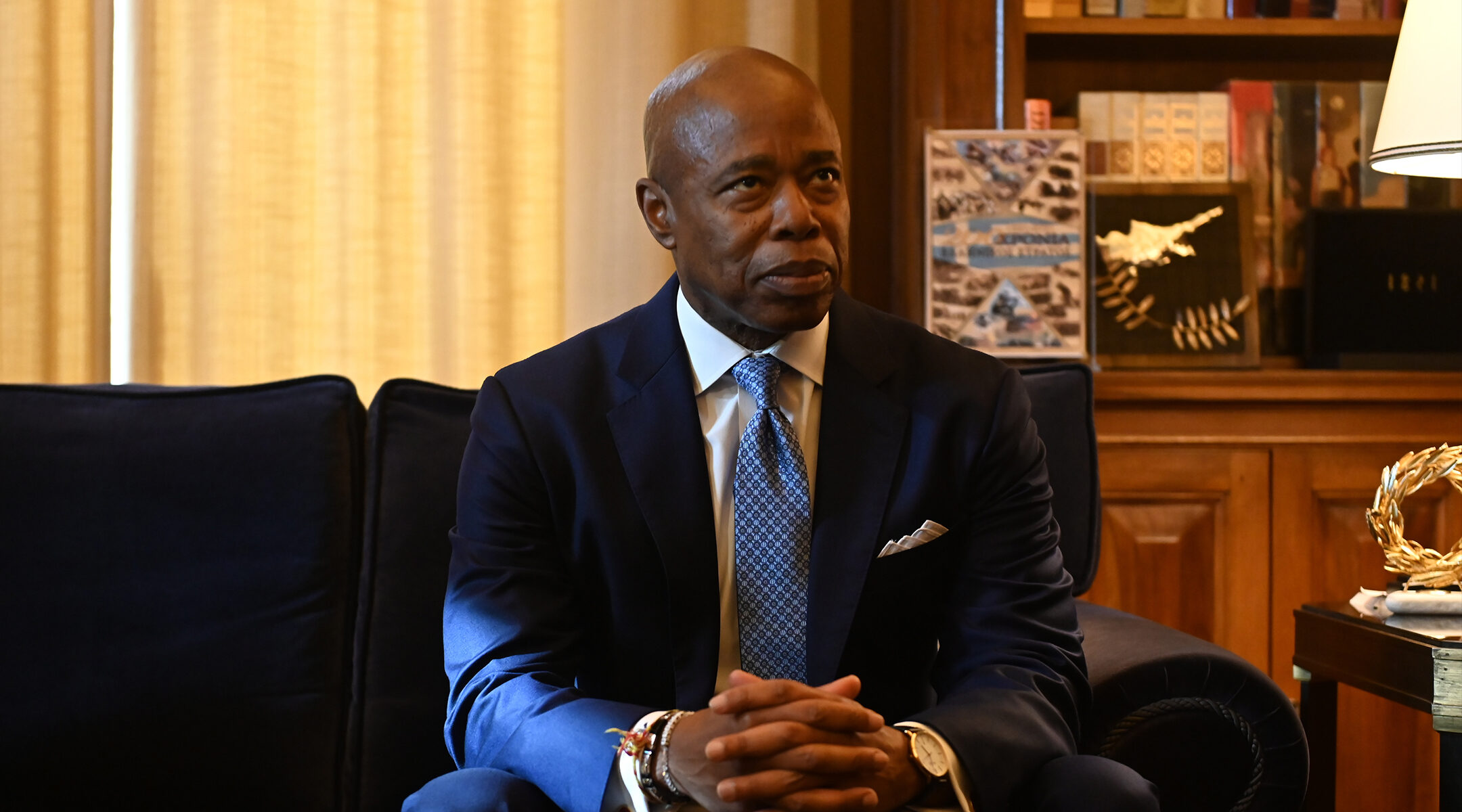 (New York Jewish Week) — After attending a mayors’ gathering in Athens Wednesday to discuss solutions to antisemitism, New York City Mayor Eric Adams said he wants to build “a pipeline” of young people from all walks of life to fight back against hate.

“When you see these interactions that are negative, it’s involving young people,” Adams told the New York Jewish Week in a brief phone interview from Greece. “We have to go and build up that pipeline. We have not done that, and that is where I think we made a mistake.”

Adam’s reply came in response to a question about the controversy surrounding Brooklyn Nets star Kyrie Irving, who was suspended after tweeting an endorsement of a film that features Holocaust denial and other antisemitic tropes. Adams appeared to agree that the incident threatened to further cool an already lukewarm relationship between Blacks and Jews.

“The error that I believe we’ve made is that we didn’t continue to build out the pipeline, because many of those who had strong relationships between communities, some have transitioned and may have passed on,” Adams said. “Some of us are still here.”

In a virtual press conference that followed his one-on-one with the New York Jewish Week, Adams continued with this idea, saying that the communities that value relationships between the Black and Jewish communities “must now expand and recruit and bring in other young people.”

“We have an obligation to bring those young people together and start being creative in how we foster those relationships,” Adams said. “That is what I’ve heard my mayors across the entire entire participant group in this workshop and seminar.”

In the same press conference, Adams called on federal lawmakers to take on more of a role in looking at social media’s influence on hate, adding that he wants to “convene together leaders of the social media industry.”

He also said that “it is troubling to find that many people who commit these hate crimes are not going to jail” and that he wants to hold people committing hate crimes more accountable for their actions.

The two-day summit, which began Wednesday, is a gathering of more than 50 mayors and municipal leaders from across the globe. It was created in partnership with the Combat Antisemitism Movement, a global coalition of 65 Jewish and interfaith organizations; the Center for Jewish Impact, an Israeli relationship-building organization, and the Jewish Federations of North America.

On Thursday, Adams was scheduled to visit the Beth Shalom Synagogue in Athens, lay a wreath at a Holocaust memorial and meet with the city’s Chief Rabbi, Gabriel Negrin.

During the first day of the conference, Adams was presented with the organizers’ Civic Leadership Award for “his dedicated commitment to fighting antisemitism and religious bigotry of all forms,” according to a press release.

His biggest success in that regard was also the most recent: On Nov. 10, following a tip from the Jewish-run Community Security Initiative, transit police arrested two men at Penn Station who were threatening to shoot up a synagogue. A representative of Flatbush Shomrim, a Jewish neighborhood watch group in Brooklyn, said at the time that the Jewish community of New York has “an unprecedented relationship” with the mayor.

Adams reflected on that relationship, telling the New York Jewish Week that he’s “not trying to tell them everything is alright when they don’t feel alright.”

“I notice the antisemitic acts that are happening,” Adams told the New York Jewish Week. “I’m clear that we must stop them. This is not something that started as mayor. This is how I’ve been as a state senator, as a borough president and now I’m continuing that as mayor.”

After Greece, the mayor will head to Qatar for the World Cup, which his team has described as a research trip ahead of 2026, when the global soccer tournament will include games at MetLife Stadium in New Jersey.