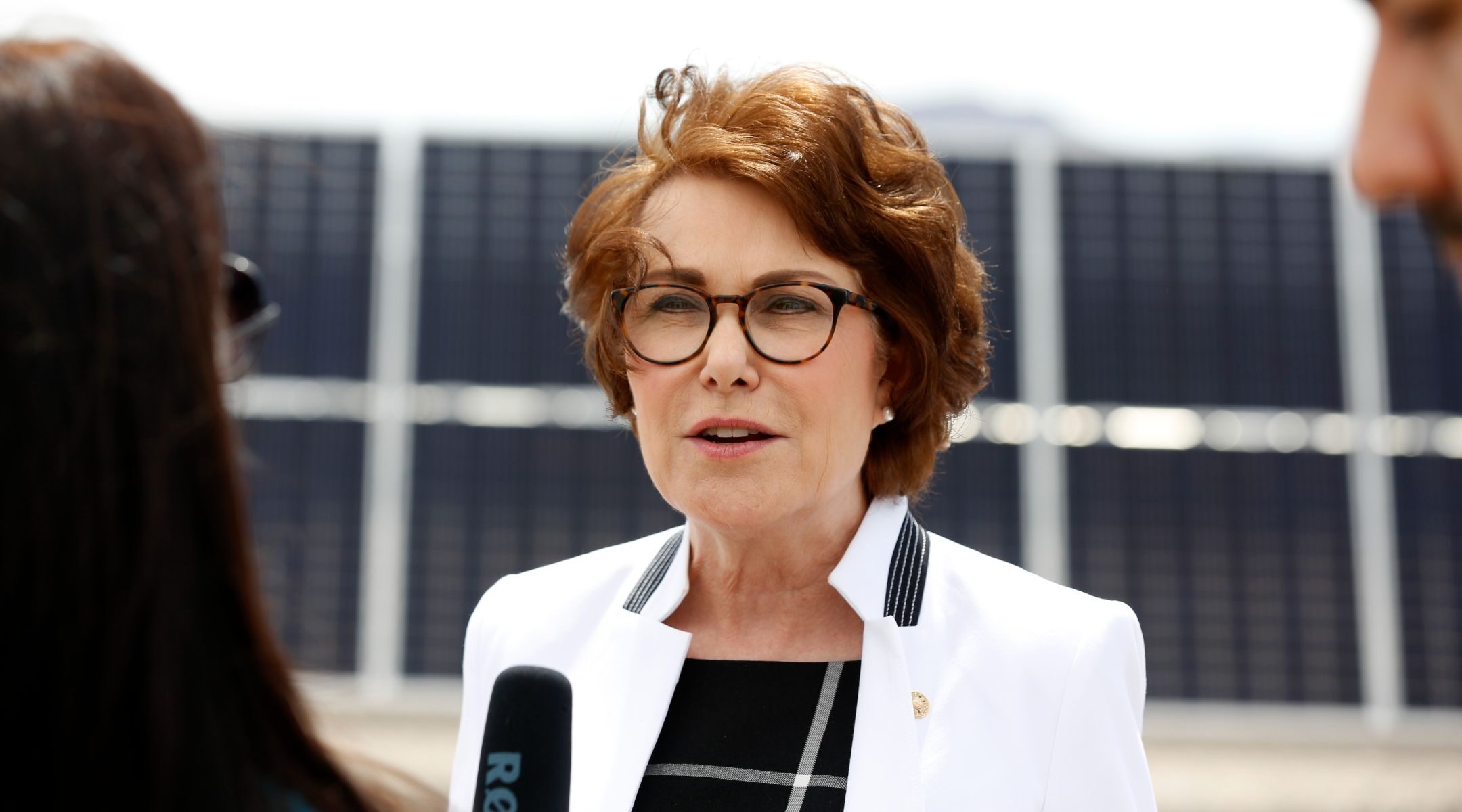 WASHINGTON (JTA) — A bipartisan slate of 125 lawmakers from both chambers are calling on the Biden administration to adopt a “whole of government” policy to combating antisemitism.

A letter sent Tuesday to President Joe Biden, spearheaded by the chairmen of congressional task forces for combating antisemitism, called for action from officials from an array of agencies, including the Department of Homeland Security, the Department of Justice, the FBI, the State Department, the White House, the Department of Education and the U.S. Holocaust Memorial Museum.

The letter pushes for the creation of “an interagency task force led by an official at the Assistant Secretary rank or higher,” and it cites an FBI report saying there was a 6% rise in antisemitic hate crimes in 2020.

“Because many individual agencies play a critical role in combating antisemitism, closer coordination is needed to share best practices, data, and intelligence; identify gaps in efforts; streamline overlapping activities and roles; and execute a unified national strategy,” the letter said.

The letter comes a day ahead of a roundtable on antisemitism to be convened at the White House bringing together top administration officials with Jewish organizational leaders, and a week after the Department of Homeland Security issued a terrorism advisory bulletin saying that the Jewish, LGBTQ and migrant communities face a “persistent and lethal threat.”